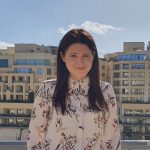 Bitcoin Gold (BTG) resulted from a Bitcoin fork which occurred in 2017. Thus, anyone who held BTC before the fork could receive 1 BTG for each BTC coin they owned. A new crypto can be created for a number of reasons, such as scaling as the network’s user, developer conflicts for the goal of the project, but the Bitcoin Gold fork was done in order to "make Bitcoin decentralized again."

As for now, BTG is accepted in a number of online casinos. In this article, you will be able to find out more about the advantages and disadvantages of using Bitcoin Gold for online gambling.

Bitcoin Gold makes use of Equihash-BTG, also known as Equihash(144,5) or Zhash, in order to mine new blocks and add them to the network. Equihash was designed to use more memory in the mining process than an ASIC, which enables miners to use graphics cards to validate transactions.

Equihash makes Bitcoin Gold mining more dispersed, and that’s really the only modification BTG brought to the BTC code. The coin has exactly the same block generation time of 10 minutes, the block reward of 12.5 BTG, and a maximum supply of 21 million, just like Bitcoin.

Bitcoin Gold has been so far the only Bitcoin fork to integrate a proof of work algorithm that is ASIC-resistant. In addition to a different hashing algorithm, Bitcoin Gold uses another difficulty adjustment with every block. Instead of increasing the difficulty every 2 weeks like BTC, it is increased based on past block times.

Another thing is that Bitcoin Gold is not in direct competition with Bitcoin like the other forks, as its anti-ASIC algorithm means that none of the BTC miners will be motivated to switch to mining BTG. 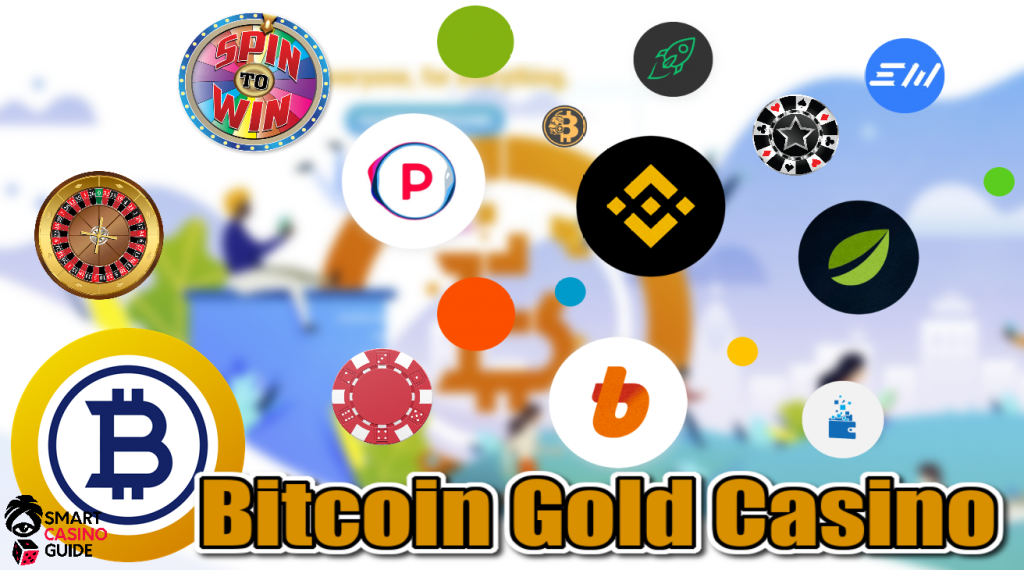 Bitcoin Gold is similar to Bitcoin in almost any other aspect, aside from the mining algorithm. GPU mining is less intensive form a computational stand-point, which enables more people to mine BTG.

The downside is that BTG has been involved in several scandals since its early days. The team behind BTG "post-mined" 100,000 coins after the launch, which made the community doubt the competency and intentions of the founders.

Unlike other crypto projects that promote transparency, the team has not revealed the source code of their network, which made even more people distrust the coin. There were also some security issues with the blockchain.

How Is It Used for Bitcoin Gold Gambling?

Like any other crypto transactions, the user is required to have a wallet, which supports the BTG coin, and to register for an account on the Bitcoin Gold casino site. Several casino or sports betting sites might not ask you to create an account, and just use the wallet link provided by them.

From your BTG wallet, select the amount you want to deposit for gambling at the casino and paste in their BTG wallet address. Processing times are settled rather fast, depending on the network’s load.

Bitcoin Gold has been used by several online casinos as a conventional method of deposit. The Bitcoin owners that received Bitcoin Gold after the fork can opt to use the extra crypto instead of BTC for Bitcoin casinos.

Even if it is not as popular as its parent coin, BTG is still accepted on a number of gambling websites and sportsbooks. You will find that the most options for BTG payments are at crypto-only casinos at their slot section, dice, baccarat, or roulette games. 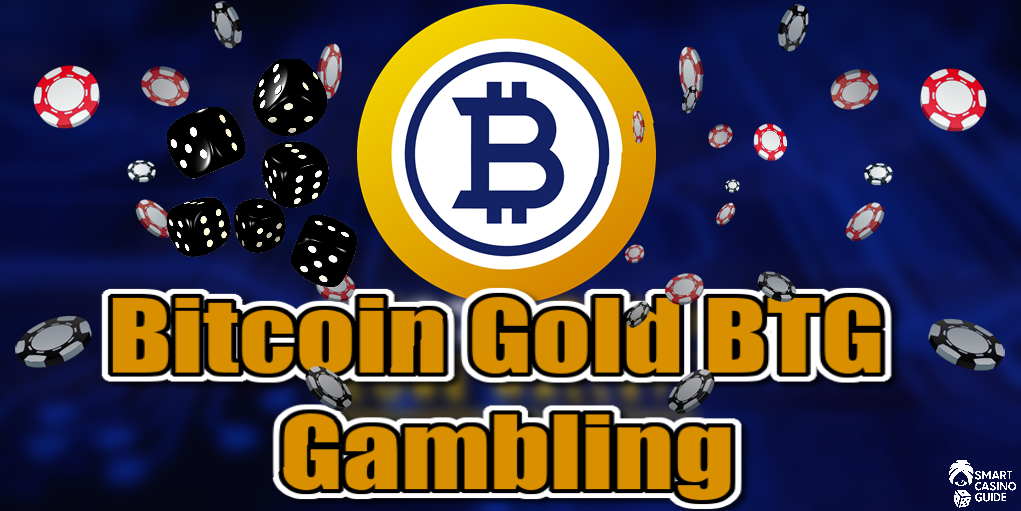 Is It Safe to Use for BTG Casino?

Bitcoin Gold experienced many highly public attacks since its launch, including a DDOS attack while undergoing the initial fork, impersonator scams, and a 51% attack on its network once in 2018 and twice in 2020. This led to over $18,070,000 worth of BTG being double-spent. The 51% attack proved that the Bitcoin Gold network was not as secure and decentralized as the team advertised. One of the safest crypto gambling is Monero casino.

Most crypto blockchains usually make the code of their project open-source, so developers can review it and check for bugs or other mistakes. Bitcoin Gold has not made its code open source, and it has so far kept postponing its release. The team claims that BTG has maintained most of the BTC features, but there is no way of exactly knowing that the code is still private.

This prevents developers and users from knowing what other features are in place in BTG, such as those for privacy or anonymity. So far, BTG has not marketed itself as a privacy-focused coin, and we can assume that it has at least the same anonymity functionalities like Bitcoin.

Bitcoin Gold is available for trading on nearly 40 exchanges, including Binance, Bithumb, Bitfinex, HitBTC, Yobit, Gate.io, Changelly, ShapeShift, and CEX.IO. In the past, there were more exchanges that supported Bitcoin Gold, but because of the security and transparency issues it experienced, many platforms, such as Bittrex, delisted the coin. 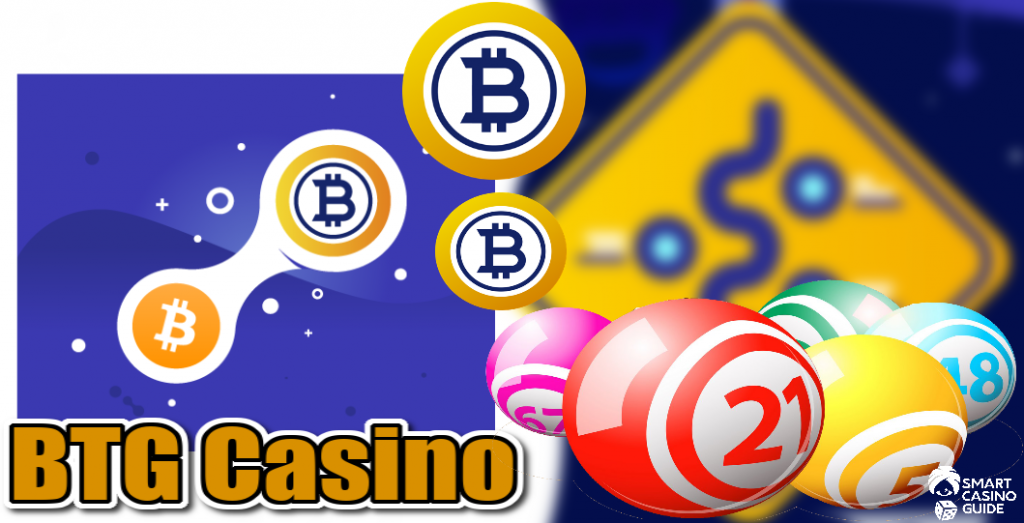 The most common pairs on the market with BTG are BTG/BTC, BTG/ETH, and BTG/USDT. You will find a few fiat pairs as well, with for EUR pairs (WhiteBIT, CEX.IO, BitBay, and DSX), for KRW pairs (Coinbit, UPbit, Bithumb, and Coinone), and for USD pairs (Bitfinex, EXMO, CEX.IO, DSX, BitBay, Yobit).

Bitcoin Gold is supported on a number of wallets, such as Trezor Wallet, Ledger Wallet, Exodus, Coinomi, Electrum, Guarda, Freewallet, BTGWallet, Mycelium, and Kasse. Even though you can make a deposit to your Bitcoin Gold casino account directly from your exchange’s wallet, it is recommended that you first move the BTG in your external wallet once you have purchased them.

Because of the 51% attack, many exchanges have increased the number of confirmation times for withdrawing BTG from their exchange. For example, Binance increased the number of confirmations to 20. This means that you will most likely have to wait a while for your BTG to be credited to your wallet. The rest of the purchase procedure is like buying any other crypto: sign up on an exchange, confirm the account, place a buy order, and wait for confirmation.

Bitcoin Gold has had some issues, even in recent times, which might have put off many users and exchanges from using the coin. While there are several crypto casinos that still accept the coin, if the use of BTG will go down, so will its rate of adoption on gambling platforms.