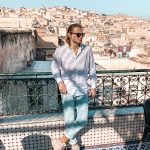 Most of you have probably heard the word “Monopoly” at least once in your lifetime. It is the most popular table game worldwide which is being played by thousands of people every day. Because of its popularity and growing interest in live dealer games, someone came up with an idea to transfer the world of Monopoly and make a live casino game out of it.

In 2019 Evolution Gaming (the biggest live casino games provider) in cooperation with Hasbro announced a Monopoly Live casino game. It has instantly received a lot of interest from the players and quickly surpassed its predecessor Live Dream Catcher by popularity.

In Monopoly Live all the action is being broadcasted live. Also, game presenters there are especially energetic and polite when communicating with players.

How to play Monopoly Live ❓

All you need is to find an online casino which offers Monopoly Live and make a bet. For example: 1xBet, PartyCasino, Campobet, etc. The game itself is easily understandable so you will not have to spend time learning its rules.

How to win Monopoly Live ❓

It is worth mentioning, that Monopoly Live is a game of luck after all so nobody can guarantee you a win. But, if you want to increase your chances – avoid betting on fields which have the lowest RTP (1 and 5). It is better to bet on 2 and 10.

Where to play Monopoly Live ❓

This game is provided by a well-known Evolution Gaming so you will be able to find it in more than 100 online casinos. Play Monopoly Live Casino at 1xBet, PartyCasino, 1xbit, Cloudbet, Unibet, etc. Just enter the casino website and write down “Monopoly Live” in a search bar.

What is Monopoly Live house edge ❓

Can you play Monopoly Live on mobile ❓

What are the differences between Monopoly Live and Dream Catcher ❓

Both of these games are made by Evolution Gaming and both of them are using “money wheel”. The main differences would be: different payouts, design and also – Monopoly Live has 3D Bonus Game which can be reached if the wheel stops on either 2 ROLLS or 4 ROLLS. Learn more about Live Dream Catcher over here.

Is Monopoly Live considered as a Live Casino game ❓

✅ Yes, all the action in this game is being broadcasted live and the dealer performs the function of a game presenter as well. Find out more about Live Casino online here.

Is there a Monopoly Live free play available ❓

✅ Yes, players can spectate the game without making any bets. Watch at least a couple of rounds before making real money bets.

What are Monopoly Live odds ❓

This casino game has two separate levels: The Money Wheel Game and 3D Bonus Round. That gives a lot of action and thrill for the players. And, if a player manages to reach the Bonus Round – huge prizes can be won there.

Even though this game is full of action, its rules are especially simple and understandable for most of the players. Like we mentioned before, Monopoly Live has two parts: the main game (money wheel) and bonus game.

In addition, there are some segments on the wheel named CHANCE which can increase the payout value of other fields. For example: if a player makes a 10€ bet on number “5” and the wheel stops at CHANCE and he receives a “chance” card with 8x multiplier, it means that the payout value of all the numeric fields will increase 8 times. Player receives one more spin and if the wheel stops at “5” during that spin he will win 40x instead of 5x (5×8).

If the wheel stops at 2 ROLLS or 4 ROLLS then all the action is being taken to the 3D Bonus Game. During this part of the game, Mr. Monopoly travels through the 3D Monopoly world which is made of different fields (Properties, Utilities, Free Parking, Railways, Taxes, Jail, Chance/Community Chest and GO). In the beginning of the round payout value of all the fields is randomly multiplied and can reach up to 1000x or even more.

3D Bonus Game world is almost identical to a well-known Monopoly board game. How many steps a player will take depends on the sum of 2 dices. If you land a double (for eg.: 2 and 2), then you will receive an extra roll. When all the rolls are over, the game goes back to the Money Wheel phase.

Monopoly Live Casino – where to play?

Monopoly Live was made by Evolution Gaming – the biggest and the most popular live dealer games provider. Evolution games are available in more than 100 online casinos. So, finding Monopoly Live should not be difficult.

An important part when choosing a casino is to check whether it is licensed or not. It would be the best if it has either Malta, UK or Gibraltar license. Curacao license is good enough as well. Feel free to visit our Best Online Casino Rating List.

Cloudbet – this online casino will work well for those who like to use cryptocurrencies for their payments. Cloudbet is licensed by the Government of Curacao but reviews about this casino are really good. It accepts Bitcoin, Ethereum, Bitcoin Cash, etc.

After entering the Live Casino section players will be able to enjoy Evolution Gaming games including Monopoly Live. In addition, Cloudbet offers a lot of slot games and sports betting. So, with one account you will be able to enjoy a wide variety of gambling entertainment. You can find more crypto casinos at our Bitcoin Casino List.

The RTP (return to the player) of this game is equal to 96.23% but it may vary from 91.30% to 96.23% depending on your chosen bet. Monopoly Live wheel is made out of 54 same sized fields and in the table below you can see the payout value of each of them. The maximum payout for one player is 500 000€. But, because there are many people playing Monopoly Live Evolution at the same time – it means that during one round the game can pay off millions.

So, as you can see in the table above, the most likely is that the wheel will stop at “1” (40% chance). Meanwhile, the chance to get into Bonus Round is equal to 7.4%. It is very important to weigh your chances of winning logically before playing. And always remember – play with money you can afford to lose. Gambling should be looked at as a way of entertainment and not as a way to earn money.

This TV show casino games concept is relatively new. So, any usual strategies are not going to work in this type of games. It is obvious that the goal of all the players is to reach the Bonus Game. In order to do that, players need to make bets on two fields: 2 ROLLS and 4 ROLLS. But, the chance that the wheel will stop there is 7.4% (4/54).

Sometimes the wheel can hit “1” 5 times in a row or even more in Monopoly Live. So, reaching the Bonus Game involves a lot of risks. The best Monopoly Live strategy would be to pick a couple of fields and to make the same bets on them every round. For example, lets bet 25€ in total on every game round:

Most of the players believe that observation of the game can increase their chances of winning. Monopoly Live game tracker is a tool which can make this process a lot easier. Even though nobody can guarantee the reliability of these trackers, there is one project named Tracksino.

Currently, it is in beta phase but it can help you to track the results of all the spins, biggest wins, statistics of dealers, etc. This project works not only with Monopoly Live but with Live Dream Catcher and Deal or no Deal as well.

For those who do not like third party apps – there is another option. Monopoly Live casino game shows the results of 24 recent spins in the bottom right corner. And if this is not enough – then you can track statistics by yourself. But, it is worth remembering that even if the wheel stops 8 times in a row at “1” – it does not mean that the next time it will stop somewhere else.