Verge (XVG) initially entered the market in 2014 as “Dogecoin Dark,” but looking to adopt a more serious brand image, its founder and lead developer, Justin Sunerok, changed the name of the project into “Verge” in 2016. The coin was forked from Dogecoin, meaning it inherited its base protocol from Bitcoin (Dogecoin was based on Litecoin, which itself was a fork from Bitcoin).

XVG was designed to be privacy-focused crypto, having several implementations for this purpose, but the project gained exposure through its partnership with major adult sites.

In this article, you will be able to find out more about the advantages and disadvantages of using Verge as well as which online casinos do accept this currency.

Verge is an open-source network, which uses a different algorithm to mine every block. The coin uses five mining algorithms: Scrypt, X17, Lyra2REv2, Myr-Groestl, and Blake2s.

Verge generates a new block every 2 min 30 sec, with a block reward of 400 XVG. It is one of the very few cryptos that have implemented a multi-algorithm consensus. All of the algorithms are proof of work-based, and some are compatible with ASIC hardware, while others are GPU or CPU compatible. Verge has an estimated 30-second block time, divided between the five algorithms. This makes it considerably faster than Bitcoin or other top 10 cryptos. 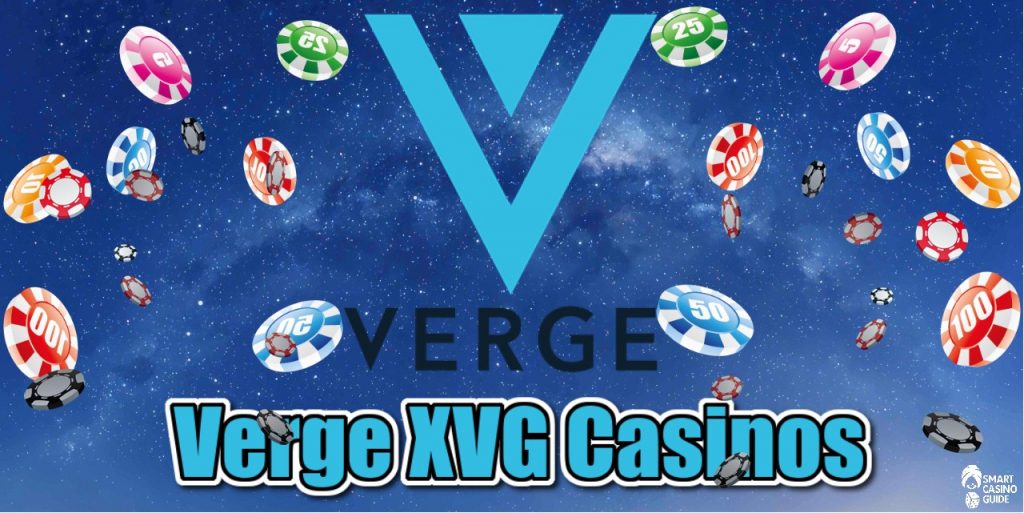 The main advantage of Verge is that it is inexpensive and can be used quickly to make payments. The coin also has several anonymity features, which can certainly be appealing to those who want to stay private while transacting online.

The disadvantage is that the coin has a history of attacks and failed upgrade attempts. XVG suffered a 51% attack in which 20 million Verge coins were estimated at around $170,000. While there was a hard fork made to fix the issue, another attack occurred immediately after. In spite of its anonymous features, the coin requires more complex cryptography and other features in order to provide privacy more effectively.

Another disadvantage may be the fact that it is not yet widely adopted by online merchants and casinos, compared to Bitcoin casino list or Ethereum. 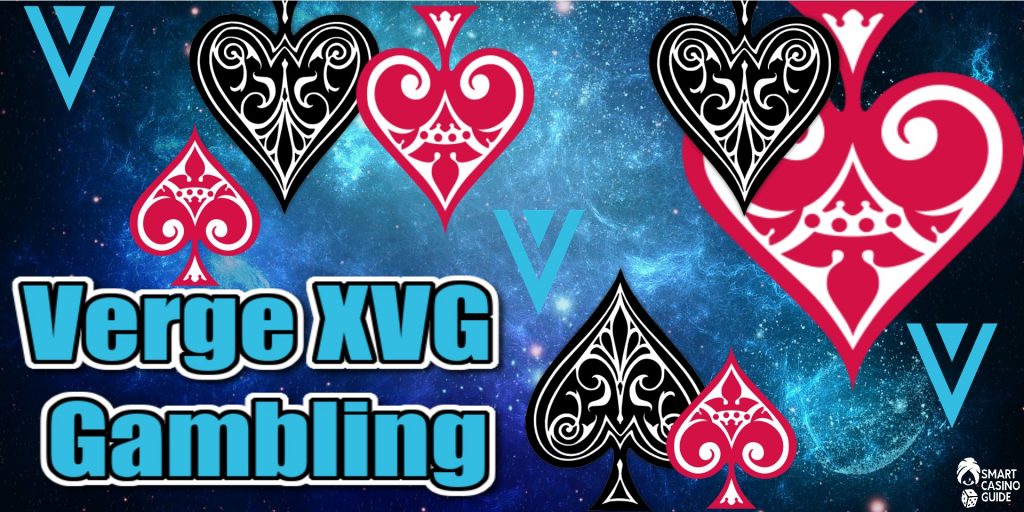 How Is It Used for Verge Gambling?

Who accepts Verge? There aren’t too many casinos that accept Verge. The gambling platforms that accept the coin are usually crypto-only and small casino sites, and certainly not one of the top operators in the industry.

Verge transactions are just like any other crypto transfers. After you have secured your XVG funds, you go to your XVG gambling or betting site and find the XVG address posted by them. You will probably be required to sync your wallet with the one provided by the Verge casino. Then, access your XVG wallet or exchange wallet and proceed to make the transfer with the XVG casino as the recipient. Withdrawals are just as easy to execute. After submitting a cash-out request to the casino, you will then be able to move your XVG funds to any external wallet.

There are very low chances to find a casino that accepts XVG as well as fiat currencies. Though Verge has fast processing times, and while it is not completely anonymous like Monero casino, you can use the coin and route transactions through Tor.

Is It Safe to Use for XVG Casino?

Even if XVG has been criticized for not being truly anonymous because of its lack of cryptographic implementations and a weak network, the coin is overall safe to use on XVG casinos. The Tor routing and IP obfuscation can be used to deter trackers, but users on the blockchain are still able to see the transactions and their respective senders.

Other than that, Verge has fast processing times, which is an advantage for its users. In the context of legality, XVG is probably legal in countries where BTC and other cryptos are considered legal to use as payments. This could allow users to bypass laws in which gambling with fiat is strictly forbidden. However, if Bitcoin usage is banned, then most likely, so are all other cryptos, including Verge.

Verge is supported on a limited number of exchanges, but it is traded on the popular ones, such as Binance, Coinbase Pro, Bitfinex, Bittrex, Bithumb, HitBTC, Huobi, Changelly, and ShapeShift. The pairing variety is also limited. XVG is mostly traded against Bitcoin, Ethereum, and USDT, but you can come across a small number of fiat pairings. Bitfinex has the most fiat options for XVG, supporting trading against EUR, JPY, GBP, and USD. Other EUR options for XVG are available on Bitvavo, Sistemkoin, LiteBit.eu, and USD options can be found at Sistemkoin, Yobit, and SouthXchange.

There is only one fiat option for South Korean users, the XVG/KRW pair, which is supported on Bithumb.

Verge is compatible with a wide variety of wallets, such as Ledger, Trezor, Edge, Jaxx, Exodus, Coinomi, Abra, Guarda, and many others. After you have set up your Verge wallet, you will have to register on an exchange that supports your pair of choice. Also, exchanges that accept fiat options usually require ID verification. After you have passed the verification process, you can now deposit the funds into your exchange account and fill out a buy order for how much XVG you want to buy.

There is also the option of using a wallet that already has an in-built conversion feature, which allows you to swap other cryptos for Verge. In order to do this, you should already own some crypto.

Verge is not a very popular coin used for casino payments, and at best, you will probably be able to use it on small, obscure casino sites that do not have a decent game selection.