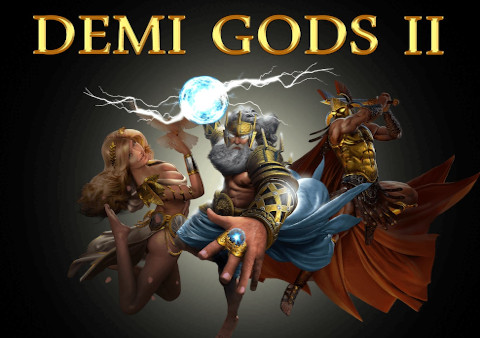 Demi Gods II is a slot game developed by Spinomenal, one of the growing slot games providers. Released in 2014, the game has its theme set around ancient Greek mythology, with several gods depicted in it. The base game has a cloudy sky as a setting and features locations such as the depths of Hades and Mount Olympus. It also has an extraordinary visual style with several animations.

What do people ask about the Demi Gods II slot game?
❓ How many paylines have Demi Gods 2 online casino game?

The slot game is based on 5 reels and 50 paylines.

The variance level of the game is low to medium, which means there is a lot to win, although this may not be as much as games with high variance.

❓ What is the bet limits of Demi Gods 2 casino game?

❓ What are the special features of the Demi Gods II slot?

This slot game is full of special features! Visit our review of Demi Gods 2 slot game and find out everything detailed.

It is available on all devices, including mobile ones (Find out all about mobile casinos online). Supported browsers are Chrome, Internet Explorer, and Firefox. The game has been upgraded from the first version to a newer version, offering better features that make it more interesting and rewarding. 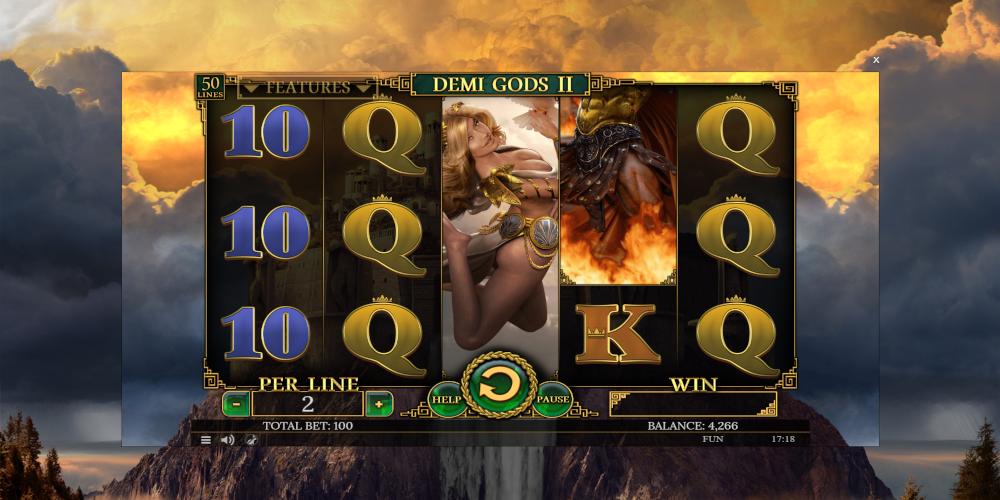 The new version of the game, known as Demi Gods II Expanded Edition, has 6 reels, unlike the first version that had only 5. It has 50 paylines playing from left to right. So, if you want to get started right now, you just have to click on the “Play” button, and you should be ready to receive many rewards. To win, you need to get a number of winning combinations with the many Wilds, Free Spins, and Scatters. There are also free spins that can be triggered to bring about explosive wins.

It comes in six languages, including English, German, Japanese, Russian, Chinese, and French. This makes it available to slot game lovers in all of these countries who can play it in their local languages. There is a free version of the game available, which can be played by anyone for fun without staking for bets. There is a demo mode where new players who wish to play the real game can practice and get familiar with it before staking.

The game is 3 symbols high. Special symbols include Wilds and Free Spins/Scatters. There are 2 Wild symbols, both of which replace all symbols on the reels except for Scatter symbols. The two Wild symbols are “Lightning Bolt,” which are surrounded by the golden wreath, and “Hermes’s Flying Shoes”, also surrounded by a golden wreath. The free spins “Gold Coin” symbols are Scatters, and 3 or more of them will trigger the Free Spin Feature. Triggering the free spins opens the next consecutive Free Spin Feature.

There is also the Bonus feature for the game, which makes it great. When you win a multiplier during the main game, this may lead to the appearance of two wings that multiply the bet by 2 or 3.

For Free Spins, there are 4 stages on this feature that take the player through a journey from Hades to Mount Olympus, passing through Ares’ Battleground and Aphrodite’s Garden. The first level is “Moving Reels.” Each win during the Free Spins will trigger a re-spin, and the reels move one space to the right, while new reels appear on the far right. The triggers continue until all the Free Spins are exhausted. 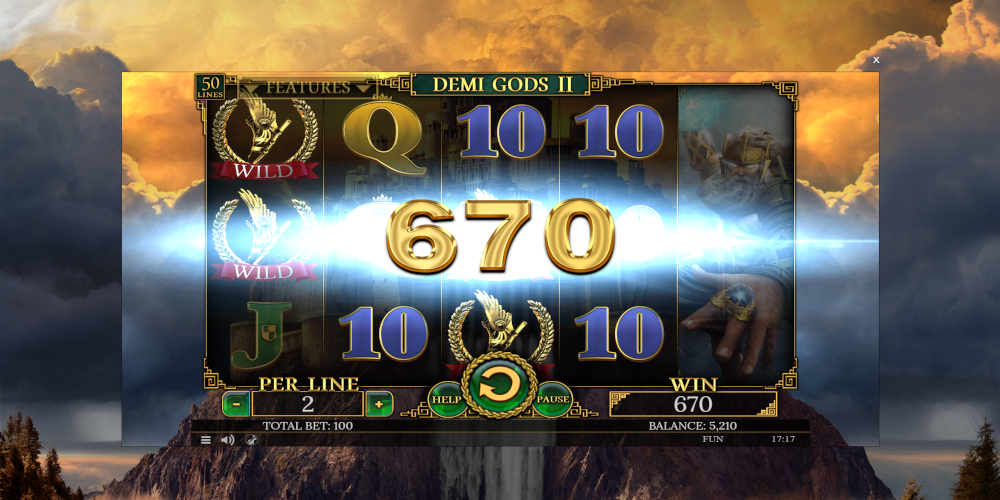 The second level is “Moving Wild” when the free spins are on, an expanded wild will appear on the reels starting from the far left reel. The reels then move one space to the right after every spin. When 5 Wilds appear on a winning payline, the payout is 150 times the bet.

The most outstanding aspect of this game is the attention given to its graphics. The settings of the theme are so connected to the name of the game that players can connect with it in a very real way. The user interface has very vivid colors and animations, some of which even have 3D features. The music for the game is ambient drums, which further reinforces the theme and its setting. The game symbols and different characters also make unique sounds that blend perfectly with the music.

The game’s minimum bet is set at €0.5 per spin, and the maximum bet is set at €500. The slot machine RTP is set at 95%. This is below the universal industry average of 96%, making some reviewers refer to it as a stingy game. The variance level of the game is low to medium, which means there is a lot to win, although this may not be as much as games with high variance. The game has no stated maximum wins and has no jackpot, just like other Spinomenal games. Looking at this, it will be fair to say that it is not a very rewarding game, but it may yield rewards only after a significant time of accumulation.

Demi Gods II has a strong theme, and the graphics are so vivid that players are likely to find it very attractive. The central theme of the game, which is Ancient Greek Mythology cannot be missed with this level and quality of graphics. It also comes with major features that players look for, especially those playing the real game. The reward system, however, is not good enough and is relatively low compared to other games. 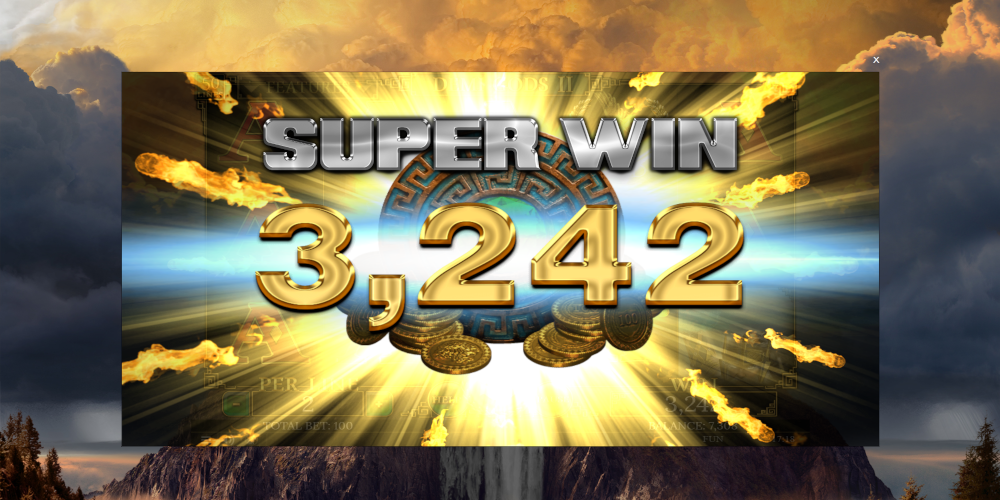 Those who wish to play the game for fun and not for reward may not find this a weakness of the game. It is very attractive, especially for those who want to explore the dark world of the abyss and who find Greek Mythology fascinating. It is also a game built on HTML5 like all other Spinomenal games, which means it is faster to load and play than the average slot game.

This is a major strength of the company, and the quality of games must continue to make Spinomenal compete favorably among other game providers.