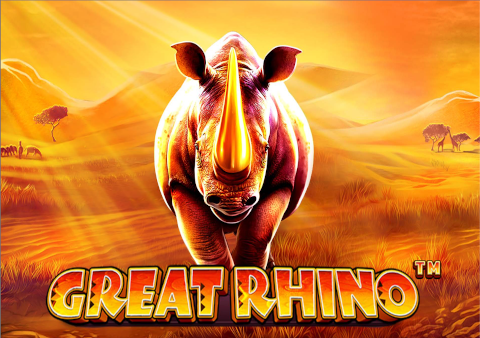 The Great Rhino slot by Pragmatic Play deserves all the attention of gambling enthusiasts. This exceptional game is a perfect blend of excitement and elegance. In a way, rhinos are great characters for slots, as they are big, ambitious, and dominance-driven creatures, the characteristics of a pro gambler. So, with each spin, the game turns into a new experience bringing out new perspectives in playing online slots.

The slot game has 5 reels and 20 paylines. Try Great Rhino slot DEMO at the top of this page.

❓ What is the Great Rhino RTP?

The volatility of this slot is medium.

❓ What is the bet limits of Great Rhino online video slot?

❓ What is the maximum win on Great Rhino Pragmatic Play?

❓ What are the special features of the Great Rhino casino game?

Find out more about all of these features in our Great Rhino slot review.

❓ Is the Great Rhino slot game has Free Spins feature?

✅ Yes! Find out more about Great Rhino Free Spins no deposit in this slot game review.

The game’s landscape evokes the best moods with perfectly animated wild animals. There are plenty of animal-themed games available today, but as it turns out, none compares the kind of excellence on the Great Rhino slot. There is also a mobile casino version available on the Amigo slot where users can set up and play on their devices wherever they are.

Great Rhino comes with the typical elements you find on classic slots, with some new things added. It has 5 reels, eleven symbols, and 20 paylines. The game includes multiple bonus features, a Wild, and a paid Scatter. Even if it is a fairly simple game, it delivers an exceptional experience for both new and advanced players. 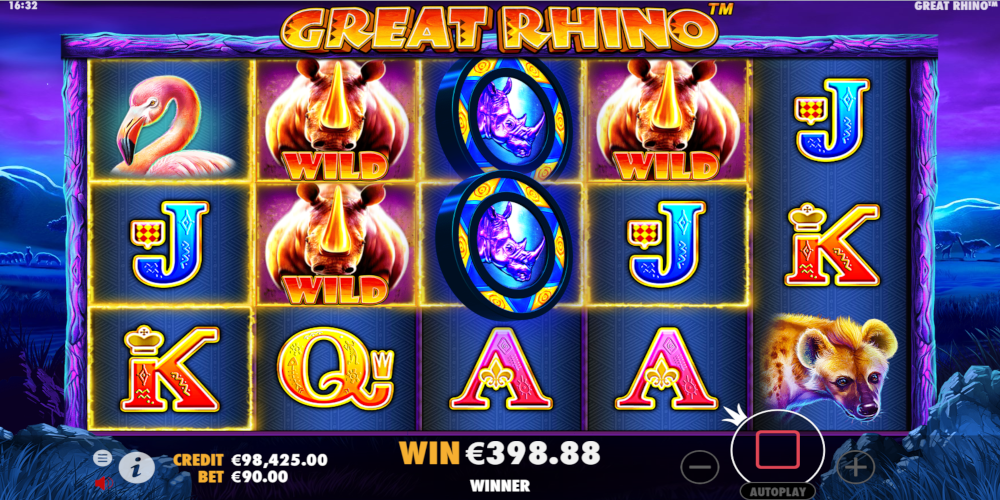 Users can start playing by clicking on the “Spin” button on the lower right corner after adjusting their bets to suit them or with the default bet. They can also choose to click the “Autoplay” button for the game to play without their active participation. Moreover, they can familiarize themselves with the game rules before they start playing by clicking on the “Help” button, which reveals all the rules. The game is available in several languages, including English, French, Russian, and others.

The Great Rhino game pays for any combination of two to five, depending on the symbol. For starters, when a player lands five Cheetah, Crocodile, Hyena, and Flamingo symbols, he is awarded €10, €7, €5, and €2.50, respectively. The most lucrative symbol is the Wild that pays €25 for a combination of five.

Great Rhino has 11 characters on the paytables. First off, you have the king of the game – the powerful and impressive rhino. Other symbols include Cheetah, Alligator, Hyena, and, finally, the Flamingo. Each symbol pays in this order too. Lastly, the game has the usual characters of any form of gambling; Ace, King, Queen, and Jack.

As mentioned above, there is a Wild symbol, which substitutes all other symbols except the Bonus symbol. It is animated as a blue and yellow coin that has the image of a rhino at the center. By design, the wild can land on any of the reels on this slot.

Furthermore, the Bonus symbol triggers a special feature of the great Rhino slot game. Unlike the Wild, the Bonus symbol can only land on three columns on the paytable, including second, third, and fourth reels. It also offers the player the greatest value when he finds the ideal number in one spin. When a player lands three Bonus symbols, he is awarded Free Spin rounds. The number of free spins is ten rounds. 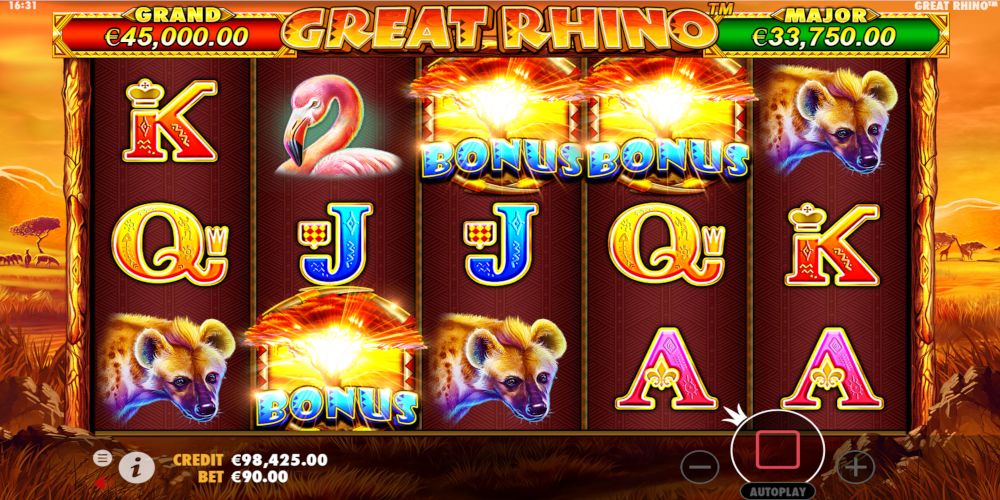 Great Rhino is a slot game featuring both gut-guzzling creatures like the Rhino, Crocodile, Cheetah, Hyena and soft-spoken sweetheart wild animals like the Flamingo. The slot is itself a fictional feature that brings the most out of gambling.

Even though the game doesn’t provide some extremities or hyped features, it delivers a long-term sweet taste of adrenaline. You can go through ten hours of gameplay and still feel pretty comfortable and confident of winning.

The most remarkable thing about this casino game is how easy it is for anyone to get acquainted with it and start playing quickly. New timers can also use the demo version to better understand the game before setting out to play the real slots. This ensures that you will have more chances to win and have fun playing.

One of the most common questions is how much you can earn from this type of game. Well, it is good to know that Great Rhino is a low to very high, medium volatility slot. Starting with betting limits, the game features similar rules to other slots by Pragmatic Play. It allows the player to stake up to ten bets per line and a maximum coin value of €0.50. The highest total stake is €100, which actually says a lot about the place the gambler has in the developer’s mind. 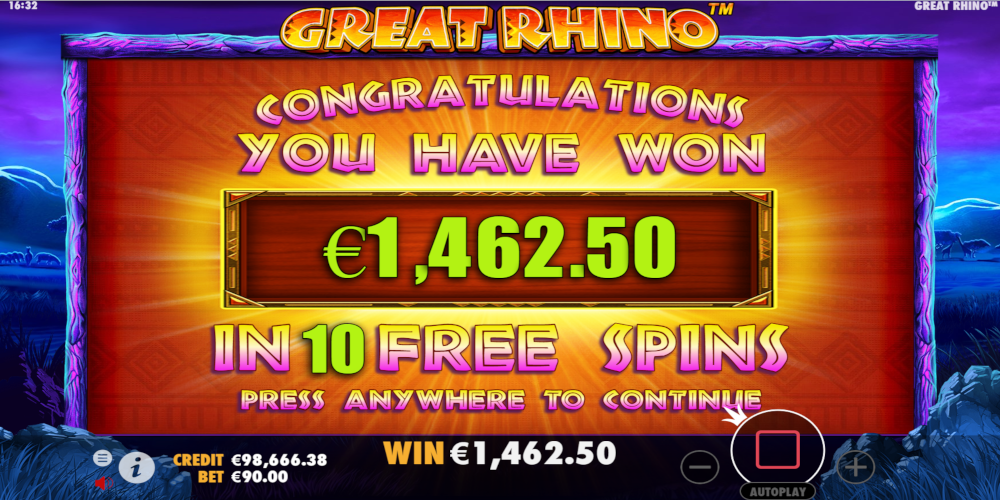 The super respin feature is something everyone should look out for because it pays for regular winning combinations. Only the Rhino symbol is in play for these super spin rounds. This symbol remains on the reel, and a respin is awarded every time a new Rhino symbol lands on the reels. When all respins are exhausted, the game pays for the combination of Rhino symbols.

The Great Rhino by Pragmatic Play is an excellent slot that has a standard number of reels, paytables, and symbols. Visually and aesthetically speaking, the Great Rhino is well polished. It is an exemplary release that users can play right now at 1xBit.