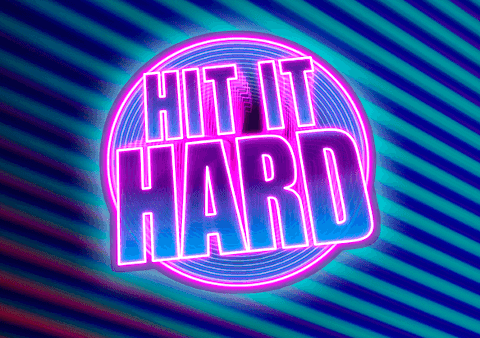 Hit it Hard slot combines modern functions and retro mechanics, so it turned out to be very interesting. The sixth part of the classic series from ELK Studios gives the feeling of returning to the 90s. The simplicity of a classic slot machine is successfully combined with and multifunctionality. This slot is designed for gamers who are willing to play for real money and take risks.

What do people ask about Hit It Hard slot game?
❓ How many paylines have Hit It Hard online slot?

This slot game is based on 5 paylines and 3 reels.

❓ What is the Hit It Hard slot RTP?

RTP slot is 96.3%, volatility is characterized as high.

❓ What is the bet limits of Hit It Hard online slot?

❓ What is the maximum win on Hit It Hard slot machine?

The maximum win available in the slot is x2500 from the bet.

❓ Is Hit It Hard slot game has Free Spins feature?

Most often, the winner is the one who regularly makes bets by visiting the gambling platform daily. The ELK Studios company takes care of its users and offers a mobile version of the game.

The device has 3 reels and 3 rows of characters. Winning combinations consist of three symbols, lining up from left to right according to possible combinations. Symbols consist of images of watermelons, lemons, cherries, Bar inscriptions, and numbers 7. The latter are presented in different colors. Slot machine Hit it Hard has an extremely simple interface. The playing field with reels takes place under the shining screen with neon inscriptions and pictures. The background also glows with neon colors, and bright red bulbs shine between the reels, creating a dynamic animation. 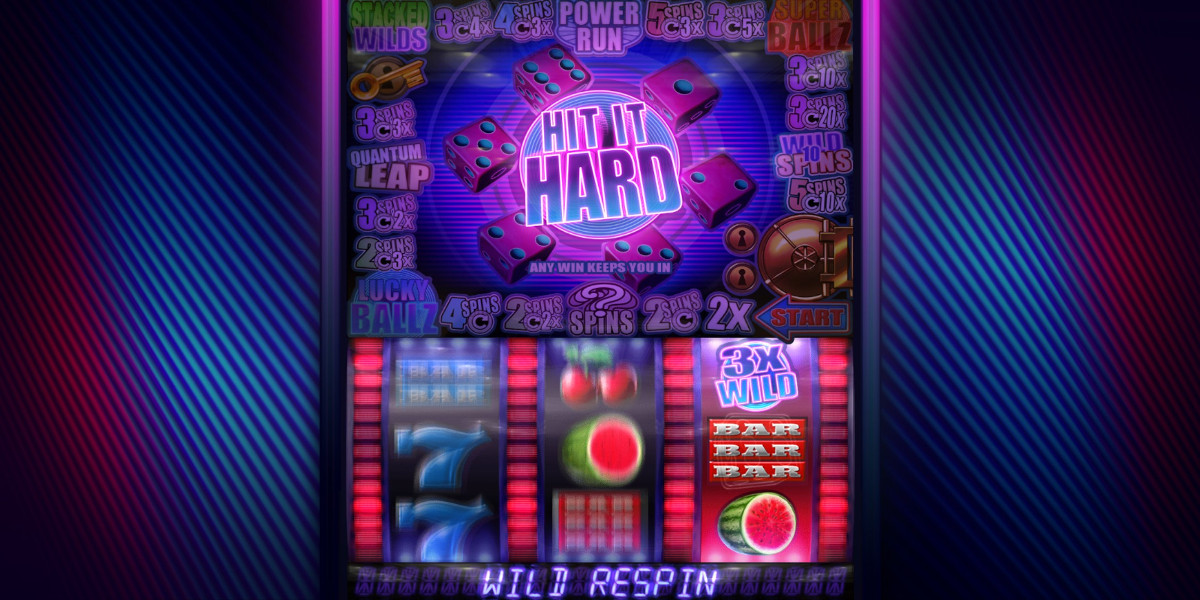 The gameplay is accompanied by good music. There is an automatic mode that allows starting up to 100 spins. Control buttons are located next to the playing field. There are only four of them:

Since the Hit it Hard slot is a representative of the classics, it has only 5 paylines. Users can bet from 20 cents to 100 euros. With RTP of 96.3% and high dispersion and bonus rounds, players can make a good profit. The maximum win available in the slot is x2500 from the bet.

Combining classic and modern characteristics, the Hit it Hard slot has two special symbols. Wild with multipliers drops out only on the third reel and starts re-rotation for the first and second reels. More interesting is the Scatter symbol in the form of a dice. Having dropped out on the middle cell of the second reel, it will turn into Wild with a factor of 10, and then launch one of the bonus rounds. The game will take place on the top screen. It will house 23 spaces with mini-games. To move through these spaces and, accordingly, activate bonus games, dice are used. 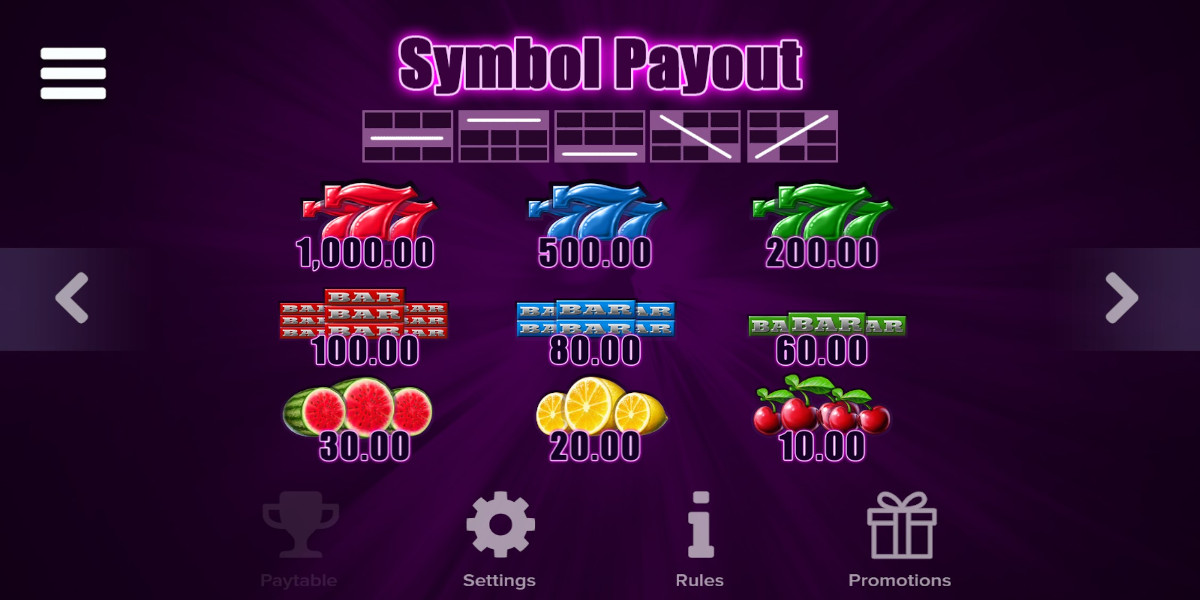 The Distinctive Features That Make This Slot Special

The Bonus round is worthy of special attention in this slot. The bonus game consists of a wide range of features: each of its sections rewards the player with either a new roll of dice, or Free Spins with a multiplier of up to 20x, or a mini-game, or the main game jackpot (players need to collect keys to open it). 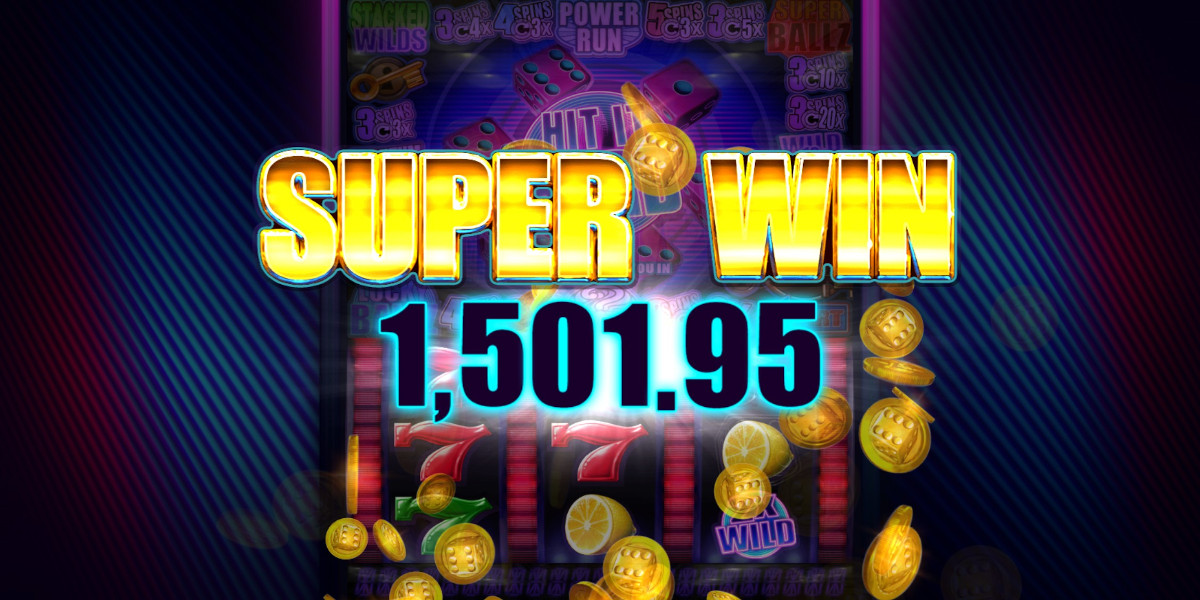 Also, in the bonus mode, players will get Free Spins, and some of them will have multipliers. The game continues until the spins are winning. And when users activate a game that does not involve rotation, they are given another opportunity to roll the dice. Multiplier Wilds is always on the player’s side. It either leads to a win with a multiplier or leaves the right side of the reel immobilized, while the first two reels rotate as part of the Wild Re-spin function. Note that the Wild Re-spin function is available throughout the game, including as part of the bonus game.

RTP slot is 96.3%, volatility is characterized as high. The frequency of winnings is 15.90%. The maximum payout per spin:

Players must specify bet limits in the selected casino. In the free demo, they can bet from twenty cents to one hundred euros. Winning chains are composed of 5 lines. When calculating the payout, the line bet is multiplied by the coefficient of the resulting combination. All of them are listed in the paytable. All slots of this brand have built-in betting systems. We are talking about automatic progressions of several kinds. Those who want to play Hit It Hard slot for real money, need to choose a reliable casino with Elk Studios software.

Hit It Hard from ELK Studios is a great balance between the visual minimalism of the game graphics and the complexity of the bonus game, which draws all the attention of the players while the dice roll. Moreover, sound effects and a brightly designed theme completely immerse players in the action that unfolds within the reel. There is no the accumulating Elk Studios jackpot here. It supports the most popular devices on major platforms. In this version, two modes are available: landscape orientation and portrait mode. Both are very comfortable. Hit It Hard mobile version supports all functions, including betting systems, adjustments, and so on.