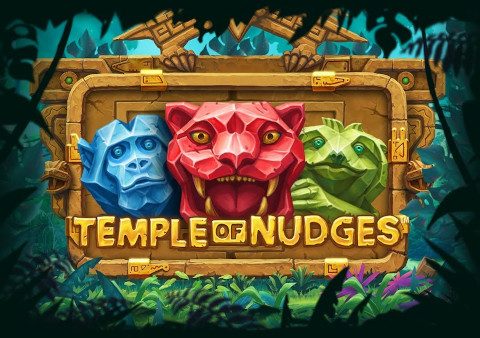 Temple of Nudges slot is set in the deep mystical, Aztec jungle. You’ll be joined by the sounds of songbirds and a gentle breeze to make you feel like you’re on a real adventure. You’ll then be faced with the ancient Temple of Nudges. It’s down to you to line the stone-carved jungle creatures, and jungle-themed symbols up just right to find the hidden gold.

Temple of Nudges is set across 5 reels in between two stone guardian snakes, protecting the 243 ways to win.

❓ What is the Temple of Nudges slot RTP?

❓ What is the bet limits of Temple of Nudges?

❌ No, but we wouldn’t be telling the truth if we said we don’t miss special symbols such as Wild and Scatters when playing Temple of Nudges.

This video slot powered by NetEnt focuses its gameplay and fortune on its innovative game mechanics. It’s time to get nudging and crossing those fingers that the jungle animals reward you kindly for your efforts. 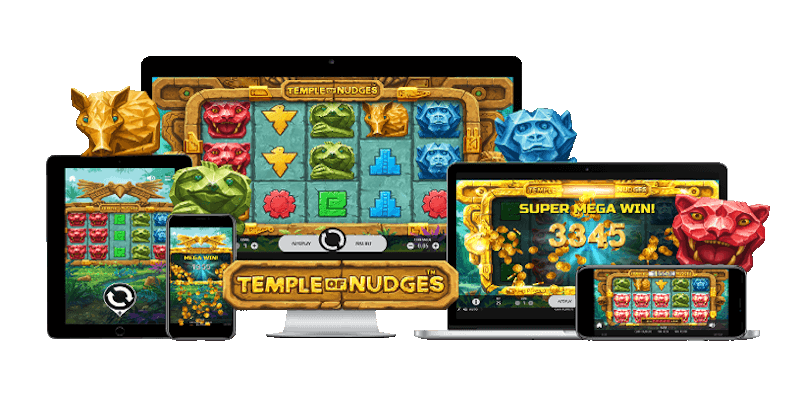 Temple of Nudges is set across 5 reels in between two stone guardian snakes, protecting the 243 ways to win. The game mechanics feature Nudges and Re-Spins as its primary focus.

Unlike many other games in the modern market, Temple of Nudges doesn’t offer a Free Spins feature. Instead, when you land any winning combination, all the reels will nudge down one position. If another winning combination is found from the nudge, then the cycle continues until no more winning combos are found.

When this is triggered, all reels become super stacked. This gives you the potential to win multiple times and even fill your entire screen with winning combinations.

The Re-Spin appears on the symbols during the base game, and the Nudge feature triggered when the Re-Spin overlays during a winning spin. When this happens, any winning combination and any symbols that match the winners are held in place. The Re-Spin then takes place, and this boosts your potential for even bigger wins.

NetEnt has incorporated an auto spin button, which you will make good use of in this video slot. Set the auto spin and sit back to watch the nudges and Re-Spins unfold in front of your eyes. 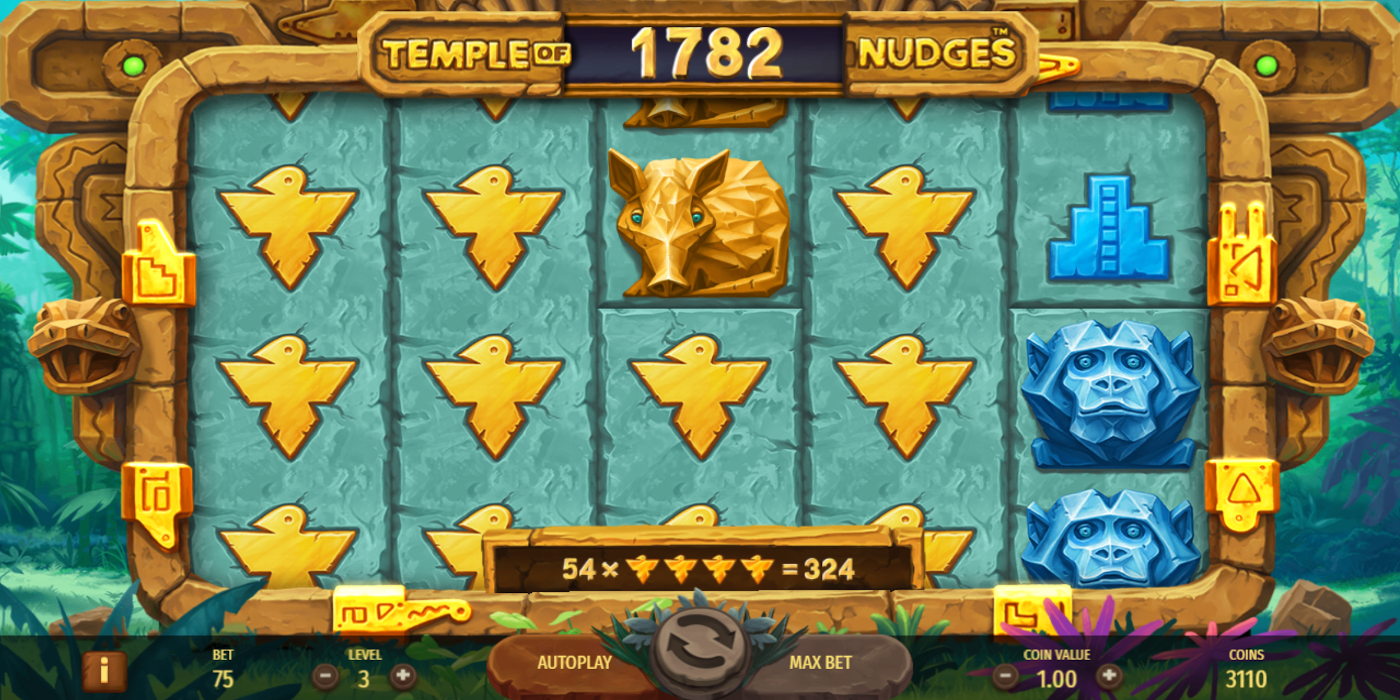 There are no special symbols as such in this video slot. The symbols increase in value. The suns and towers being the lowest and the stone animal jungle animals being the increasing premium symbols. These animals include armadillos, birds, monkeys, pumas, sloths, and snakes.

The Puma holds the highest value. If you land 3 Pumas, you’ll be awarded 3x your stake. Land as many as 5 on a payline, and you can expect to receive 9x your stake.

For a NetEnt game, this video slot is relatively simple in terms of features and bonuses. There isn’t much to the game, which can be a little underwhelming at first. However, once you get into the gameplay, you begin to understand that the Nudge mechanics paired with the Re-spins feature that creates the endless ways to win is enough to entice you into staying with Temple of Nudges. There are also 243 ways to win keeps you coming back for more chances. 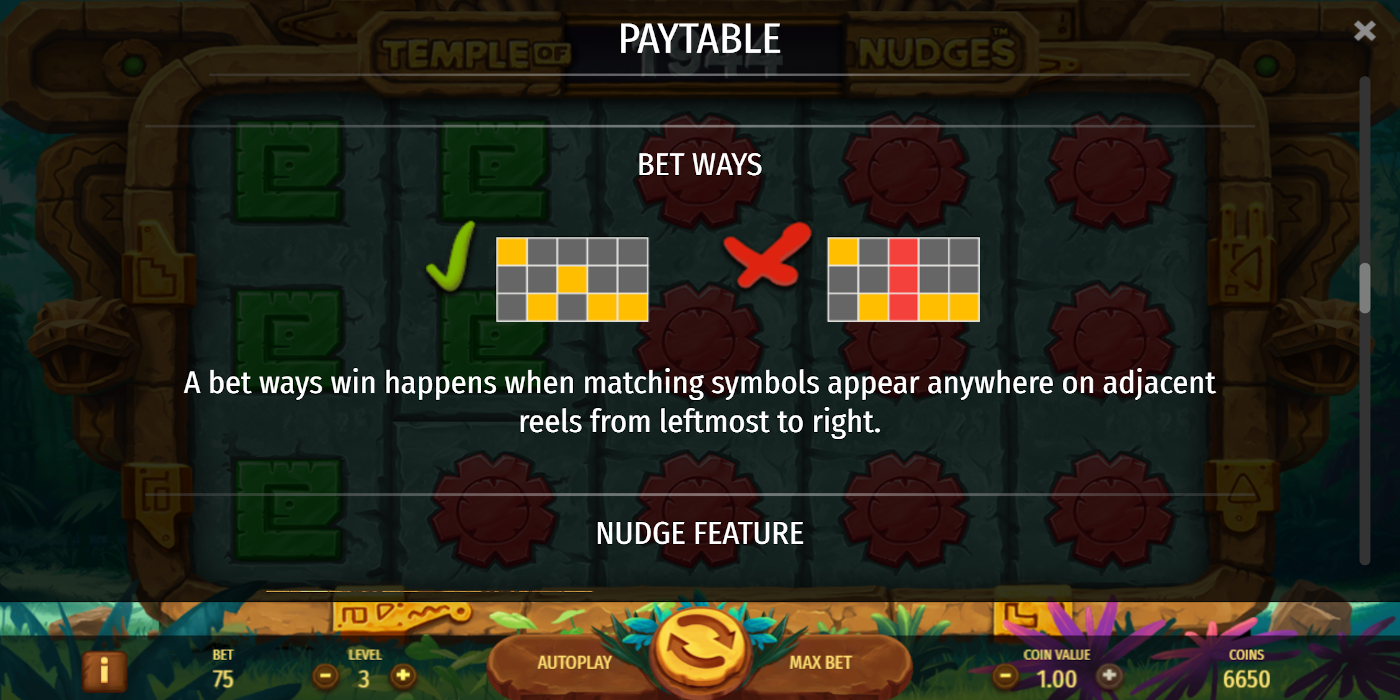 NetEnt has successfully brought to your screen another variant of slots into an already saturated market. This different style of gaming appeals to those who enjoy something more than your usual slot machine style but prefer low risk.

As usual, NetEnt has released a graphically stunning game that’s seamless in its operation and brings you into a new world of adventure.

Temple of Nudges offers a below the average 87.47x your stake limit for games that boast hundreds of ways to win. It has an RTP of 96.03% and is ranked at a low to medium variance.

With over 200 ways to win, you can expect to win little but fairly often at the Temple of Nudges. Playing the two features together is your best chance at landing some significant wins if you place a large wager. You can bet as low as €0.25 and as high as €250 in this video slot, allowing anyone to be able to enjoy the fun of the jungle. 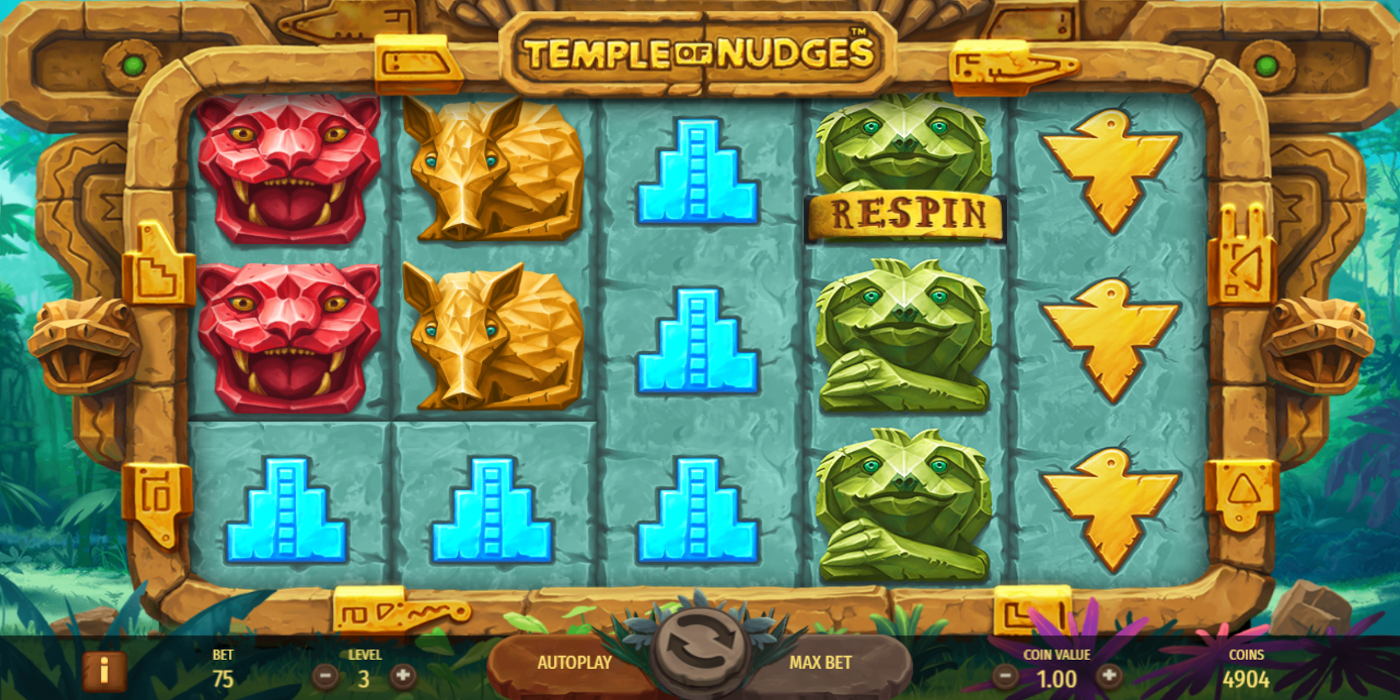 We wouldn’t be telling the truth if we said we don’t miss special symbols such as Wild and Scatters when playing Temple of Nudges. NetEnt certainly missed a trick there, but it’s understandable why they didn’t incorporate this into the slot. Drawing more attention to the Nudges as the main game feature.

All in all, Temple of Nudges is a well put together video slot with interesting, innovative features that fill a gap in the current market. It brings something fresh and exciting to build upon in the future of NetEnt games.

Plus, it pays particular homage to the fruit machines and bandits we all love in real life casino halls. This could be taken one step further by allowing the player to choose which reels to nudge. But we’ll leave that down to the designers!

Temple of Nudges is a simple, low risk but low payout video slot perfect for beginners. It’s 243 ways to win is enticing if you have the patients to see them come to fruition. Once you manage to land a cycle of Re-Spins over your nudges, be prepared to win more serious cash. 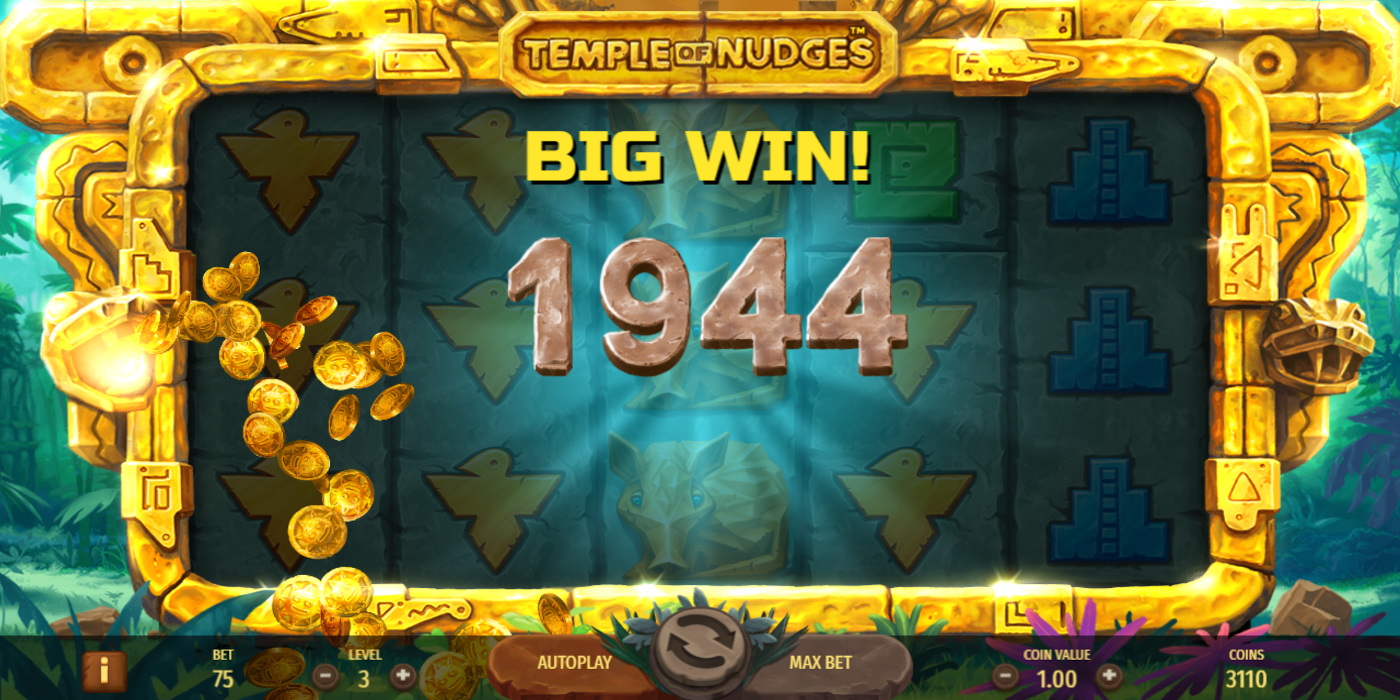 Temple of Nudges is definitely a game that shouldn’t be overlooked because of its first glance simplicity. It’s suited more to players who enjoy pick up and play mobile gaming throughout the day. In comparison to those who like to sit down for the long haul gaming experience.

If this sounds like you, then put Temple of Nudges on your ‘To play’ list and get nudging.