Baccarat is a popular card game played in the land-based casinos and is now available in online and mobile casinos. The game has popular variants which are Baccarat Chemin De Fer, Baccarat Banque, and Punto Banco. When it comes to Punto Banco, the players’ moves are forced by the cards dealt. When it comes to Baccarat Banque and Chemin De Fer, the player has the liberty to make choices. As for the Baccarat odds, they are in favour of the bank where the house edge is less than one percent.

This game can be said to be a comparing game between the banker and the player where every Baccarat coup has a possibility of three outcomes such as the banker wins, the player wins or there is a tie.
When it comes to the history of the game, there is a dispute as to where the game originated from. Some say that the game was established in the 19th century. On the other hand, other sources claim that the game was introduced by Franco-Italian war soldiers who were coming from Italy to France in the late 15th century in the rule of Charles VIII.

How to play Baccarat online

Before you can think of developing a Baccarat strategy, you should learn how to play the game first. In Baccarat, you play between two hands, and these are the player and the banker.

When playing the game, you can play with as many as three to six 52 card decks shuffled together. These cards are dealt in a dealing box that has been dubbed as a shoe. The aim of this game is for the player to have a hand total of nine or close to nine but not more than nine and this should be in a hand of two to three cards. In the game, the court cards and 10s have their values assumed to be zero and all the others are taken by their index value. When you have a hand, the values of the cards are added, but the last digit in the total is the only one that’s significant. Let’s assume that you have 9 and eight as your cards, the total here is 17, but this is not the value, the value of your hand is 7 in this case.

The banker will deal two cards to the players and himself face down. After that one receives a count of eight or nine, this is termed as a natural, and they will be required to turn their cards face up, and this will make them win immediately. There can be a draw if the banker has a similar card of the same value and in this case, a new hand will be dealt. 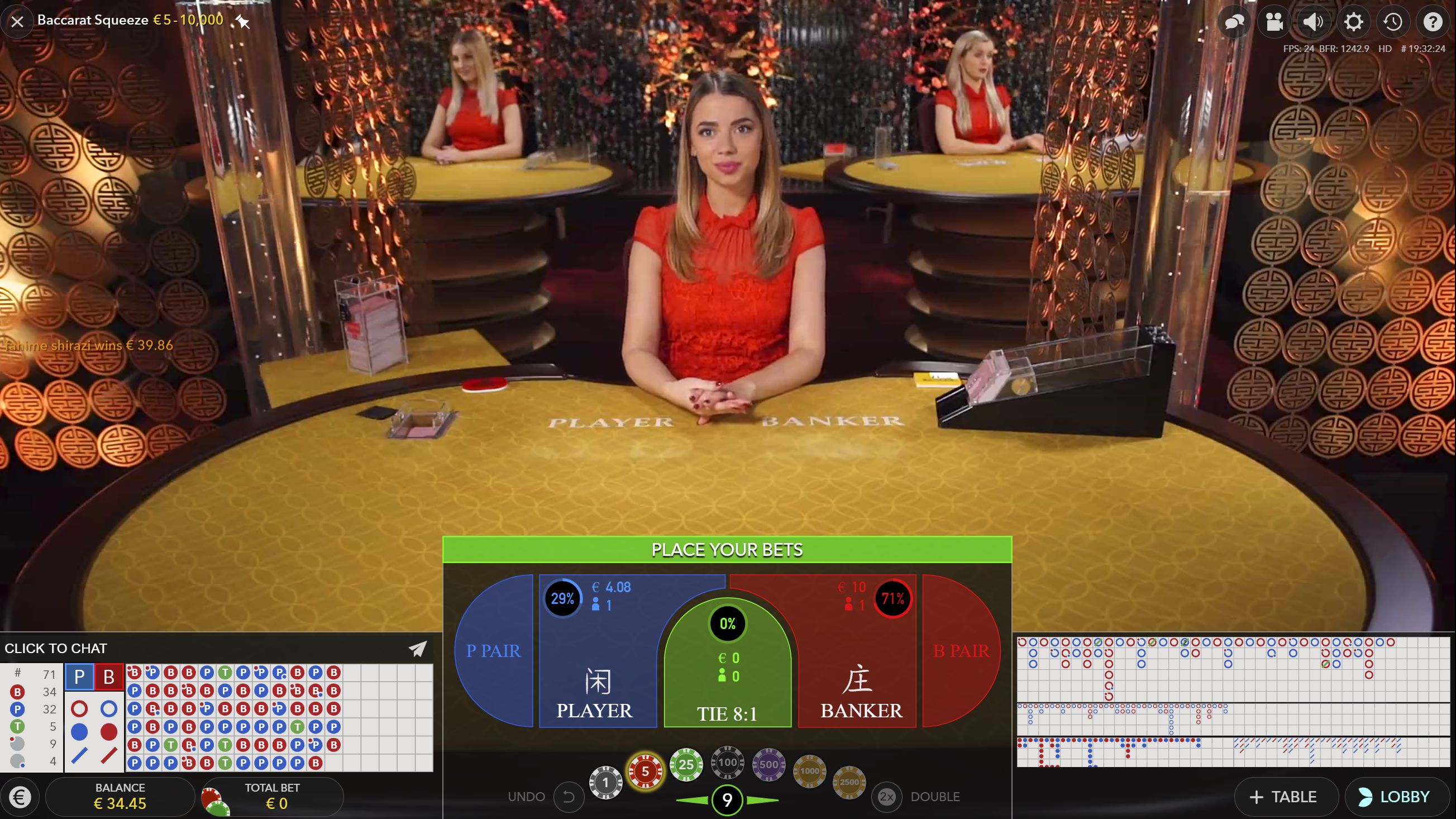 Tips on how you should get started with online Baccarat

As a Baccarat player, you need to understand that this is the game of luck and playing more often will improve your skills. When you play Baccarat online often, you get used to its pace and the speed of the winning streaks and changing hands.

As a player, you need to keep your eye on the winnings since a fortune can change hands fast in the game. Also, wager an amount you can afford to lose and stick to it. Many players are keen to set out to double their wagers and leave the game when they win. This is a smart move since in an online Baccarat you can bag a win and lose a lot in a small time frame.

Do not embrace the martingale system. This is a wagering system that suggests you double your bets every time you lose. This is not a smart move in baccarat since your chances of winning do not increase when you lose in the previous round. This is a risky system that can end up losing you a lot of money. 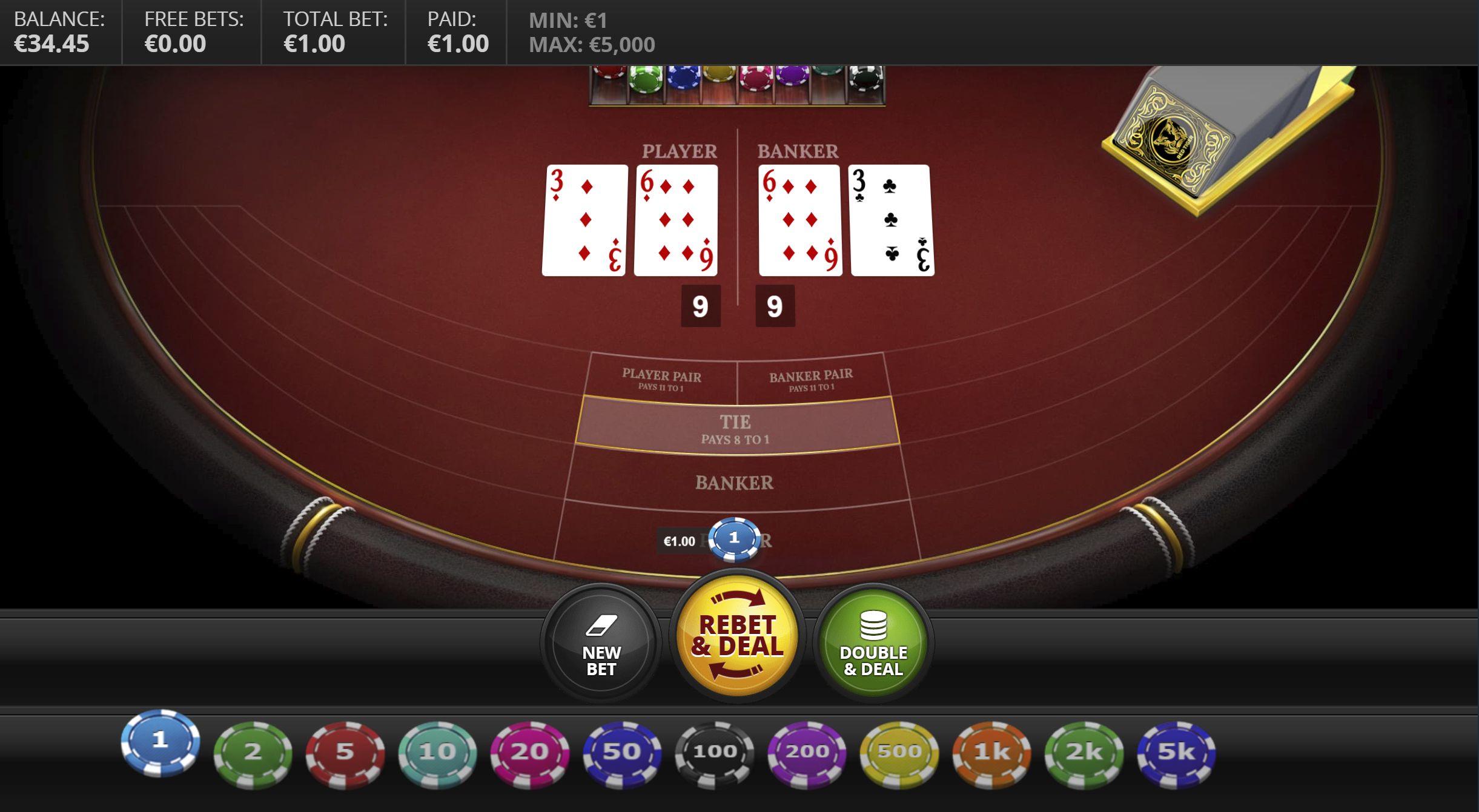 Baccarat rules were carefully thought and developed to give a small advantage to the banker, and the highest edge was given to the tie bet.

When we get deep into calculations, it has been found that the banker will have an advantage of 50.68% and the player will have a gain of 49.32%. But this applies where there are no tie bets. The difference between these two in percentages is 1.36, which shows the house edge against the bets placed by the players.

Casinos are aware of the house edge advantage, and this is where they make their money. If the house edge were not in their favour, they would run out of business. These odds are taken into account and can tilt it back again to their favour by charging a commission of 5% on winning the banker bet.

When it comes to Baccarat card counting, it works for you when you want to know when the player’s bet is worth more than the banker’s to place a bet. And this will assist in switching your wagers. Many of the times the banker’s bet is the best. But there are times when the deck composition is altered that the player bet passes it.

When it comes to card counting, it is all about adding or subtracting to a running count and using it to determine the ratio of the cards in the deck.

Card counting will require you to start your counting from zero after a new deck or shoe is used.

When you have a two, three or Ace dealt from the deck, you will add one to the count which is an indication that there is an increased chance of switching to the player’s bet. When you have fours, they are worth doubles, which means you should add two to your count after the cards have been dealt.

All the other cards from nines to kings will not alter your count as in this case they are worth zero.

The concept of this strategy of card counting is that you will most probably switch to the player’s bet when the count is increasing. And the bet becomes less likely when the size diminishes. When you have a running count, you might need to divide the number by the number of decks left in the shoe to establish the actual count.

For you to get better with card counting, you need to practice a lot. You can start by sitting with a deck of cards and flip them over a card at a time and trying to sum the count until you are done with the deck. When you count the entire deck, in the end, the total should be zero. And if not, then you made a mistake.

After you are done practicing with dealing one card, you should proceed to count with two cards which will be a simulation similar to that of an actual Baccarat game.

How to become a better Baccarat player

You need to set a budget depending on how much you can afford to lose. Baccarat is a fast-paced game, and it will be easy to lose or win a lot of money in a short time.

Know when it’s time to quit

You need to have a reasonable win target. When you hit it, bank your winnings and leave.

Work your way up

You can start at a beginner’s table and work your way up. This way, you will be able to watch and learn about the game from the other players. In online casinos, you can start by playing free games and proceed to play real money games.

It’s not wise to bet against a streak

When the player or banker is winning, don’t bet against him. Stop betting until their luck runs out or bet on the streak. 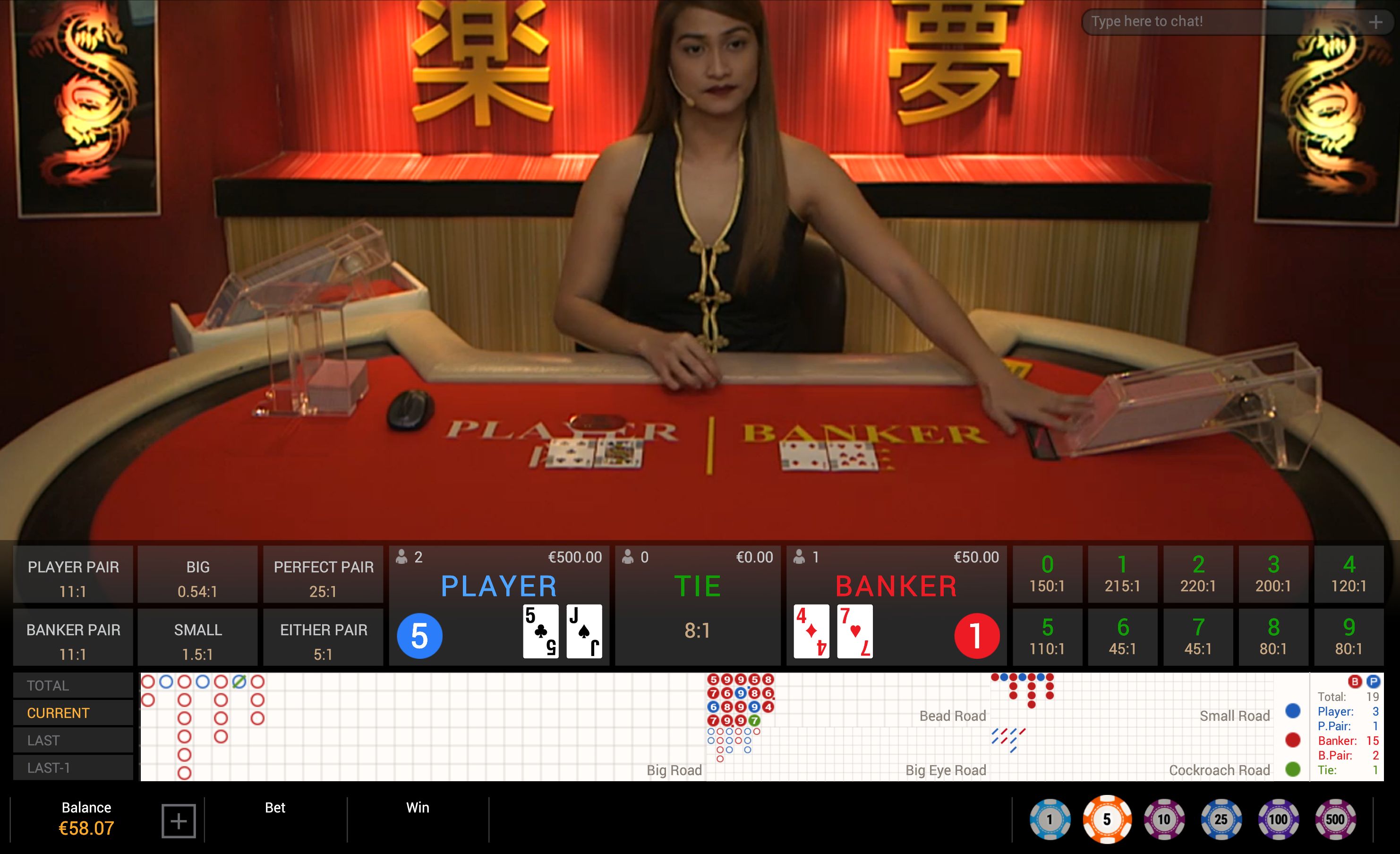 As we had mentioned earlier, Baccarat is a fast-paced game that will change your hand into an over in a couple of seconds.

The real-life aspect of this game will bring excitement to many. Playing the game with a live dealer will be the closest you will get to the play of the game in a brick-and-mortar casino.

The live dealer has a social aspect, and this is not available in a virtual game. This will also bring a sense of community as there will be a lot of interaction especially when a lot of people on the table win. 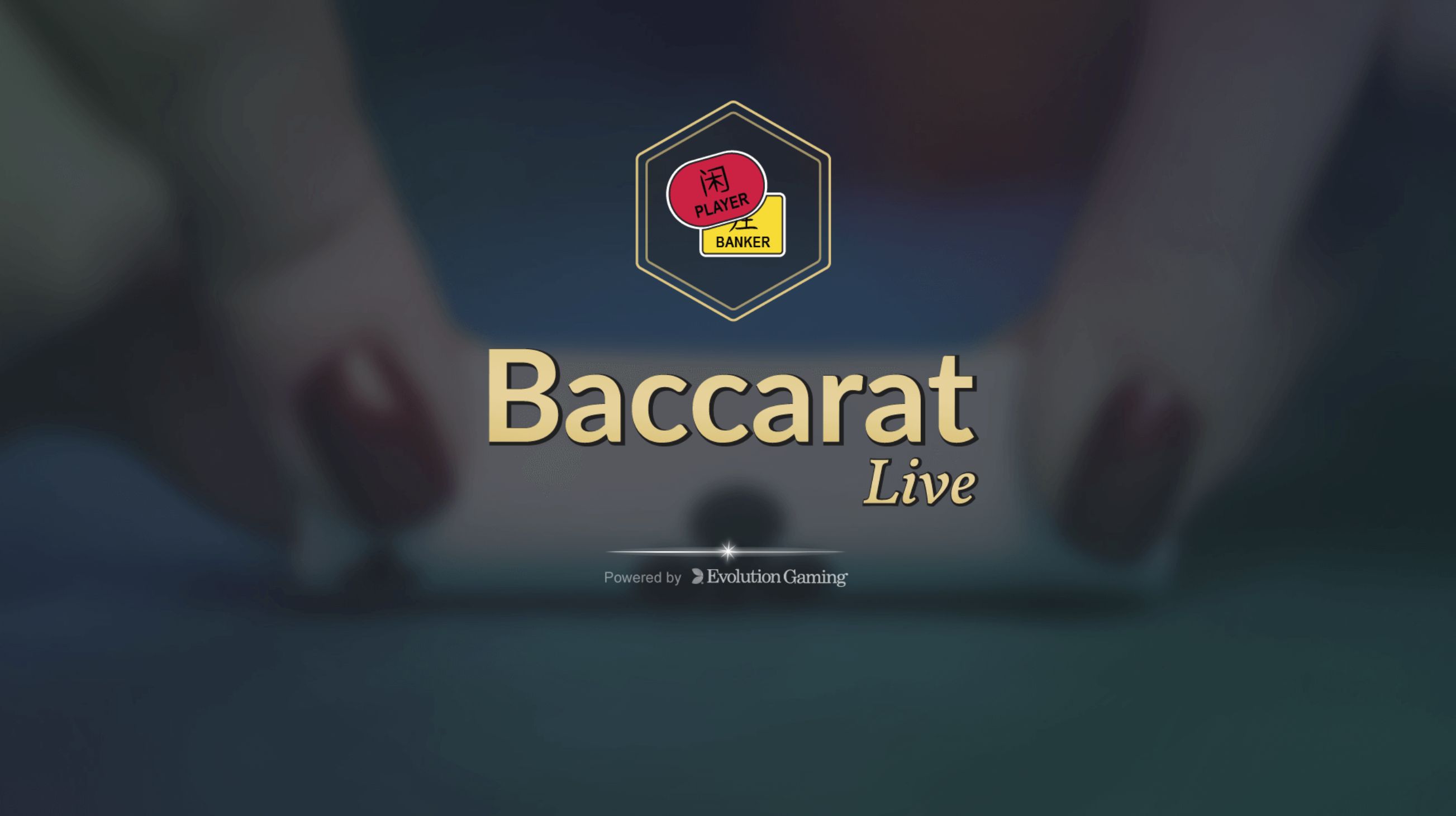 Live dealer Baccarat tends to be trusted more compared to the virtual Baccarat games as they might not be as fair as we would expect them to be. Players will enjoy the game more as they will see the cards unfold in front of them other than by computer-generated ones.