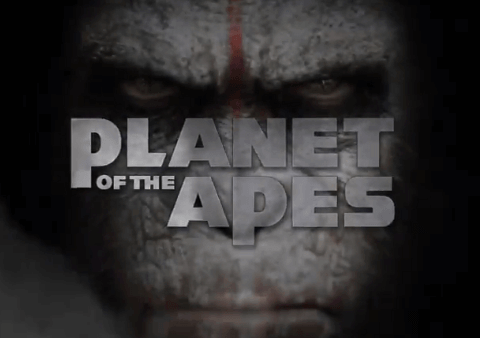 Planet of the Apes Slot review – Where to play multi slots demo?

You’ll then find yourself in front of dual reels, making up 10 reels in total and 40 paylines.

❓ What is the Planet of the Apes slot RTP?

This video slot is ranked at a medium variant slot with an RTP of 96.33%.

❓ What is the bet limits of the Planet of the Apes video slot?

❓ What are the special features of the Planet of the Apes slot?

Find out detailed information in this Planet of the Apes slot game review.

Here you will be plummeted into the ape revolution and meet all of the film’s beloved characters along the way. This video slot is fast-paced and captivating. You don’t have a chance to get bored with this video slot’s Dual Reel feature. Plus, you get triple the action with 3 Free Spin features.

Like the films, this video slot is of epic proportions. When you begin to play, you’ll be transported to the movie theatre briefly as you watch visually stunning opening scenes from the Planet of the Apes films. You’ll then find yourself in front of dual reels, making up 10 reels in total and 40 paylines.

On your left, you have 5 reels dedicated to Dawn and to the right Rise. Upon both reels, you’ll find intricately drawn high-value characters from both films on their retrospective reel sets. Across both, the typical playing cards A, K, Q, J, and 10 symbols will land.

You’ll be joined by the movie’s authentic soundtrack and voice-over effects. Plus, movie clips throughout bridging win screens and unique features to the base game.

The Dual feature is the only randomly activated feature. It pulls together both reels and uses one symbol from each side to then use on the next spin. The chosen symbols won’t match, and vacant spaces will be left blank. If the selected symbol lands in the correct area, it will stick. If one of each land on the opposite, they’ll cross over to the correct side.

Each time you land a matching symbol, you’ll receive a Re-Spin. This cycle will continue until you fail to land anymore matching symbols. Remember that pay lines work from left to right, so if you’ve stacked symbols in the center, cross your fingers to fill those outside gaps.

There are a multitude of special symbols and bonus features in this epic movie slot.

The first of which to look out for is Caesar’s iconic attic window, which depicts the Wild symbol. It holds its standard value and role of replacing all other symbols except other specials. The Wild can also appear fully stacked in the Rise portion of the screen. When this happens, it activates the Stacked Wild feature. The Stacked Wild will then mirror itself onto the Dawn reels to give you double the chance of winning across those play lines.

On the Rise reels, you’ll also notice the Rise Bonus symbol, which can only land on reel 1. Once landed in a position, you’ll be awarded a cash prize for each human or ape symbol present on your screen. The bonus can see you receiving upwards of 79 times your stake.

There’s also a Dawn Bonus feature within the base game. This symbol, however, holds different abilities. You must land the Dawn symbol on the last Dawn reel to trigger the bonus. All human and ape symbols will then morph into a randomly chosen matching symbol. In this feature, you can stack up to 1,200 times your wager!

Next up, we have 3 Free-Spin features to keep you entertained and the money rolling in. The first is the Rise-Free Spins feature, which is triggered by landing 3+ Rise Scatter symbols across the Rise play area. Here you will get 10 spins. During this feature, all Wilds are collected in a Wild meter and will be released onto the reels randomly during your final spin. The feature allows you to gather up to 600 times your stake.

Secondly, the Dawn Free-Spins come into play similarly to the Rise, by collecting 3+ Dawn Scatter symbols over on the Dawn reels. This time you’ll receive 15 spins, and you need to collect 3 types of symbols in their meters to trigger either multipliers, Wilds, or more spins.

Lastly, landing 3+ Scatter symbols in both play areas will take you to the Multiple Free-Spins zone. Here you will play both Rise and Dawn Free-Spin bonuses one after the other, with Rise going first.

As you can see, 2 films equal double the action in Planet of the Apes video slot. There’s so much going on; it’s virtually impossible to walk away without a win. NetEnt Gaming has pulled out all their innovative creativity to make this game worthy of the title.

The graphics and soundtrack make you feel like you’re watching the films all over again. Plus, the addition of actual movie footage brings the theme to life on your screen.

Planet of the Apes is by far one of NetEnt games best-branded titles because of its top-quality animation and advantageous figures. No win potential has been compromised by offering such an array of special features here.

The Dawn Free-Spin is the most lucrative with endless spinning, countless Wilds, and x5 multipliers. Whereas in the base game, the randomly triggered Dual features make for some revolutionary wins if the symbols line up just right for you.

You can play Planet of the Apes for as little as 0.20€, or you can wager up to 200€. The betting limits on this slot make for a fun spin and win low-risk play, while still offering high rollers the chance at the Hollywood sized fortune.

NetEnt and 20th Century Fox have ensured they award their bravest warriors with up to 3,000 times up for grabs on each Dawn spin. Plus 500,000 worth of coins to get your paws on.

This video slot is ranked at a medium variant slot with an RTP of 96.33%.

NetEnt has developed yet another branded game that, like the films, will stand the test of time and always be a firm favorite among film buffs and slot fans.

They have showcased some of their best innovative creations within this feature-packed video slot by releasing a game that’s cinema worthy in its own right. NetEnt and 2Oth Century Fox have struck a perfect balance between payout figures, feature variants, and intricately drawn graphics.

Will you join the army of the apes or fight for humankind in this epically stunning depiction of the Planet of the Apes movies? It’s time to choose and be rewarded for loyalty.