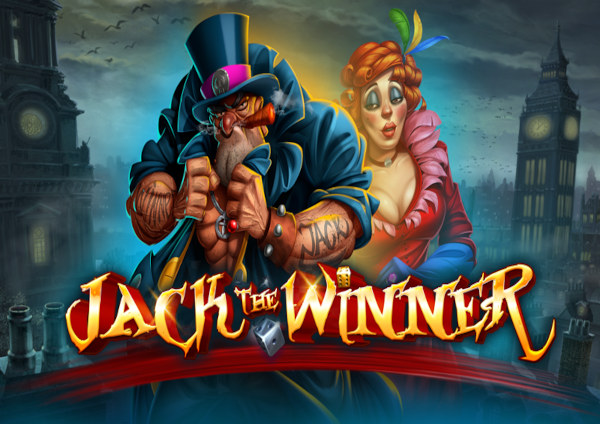 Go back in time with Jack the Winner online slot, created by Felix Gaming, to London in the 1880s, and chance your luck with Jack the Ripper. This video slot has a suitably spooky, smoggy London rooftop background with a suitably eerie musical score with Big Ben’s chiming, clopping horses’ hooves, and a base thumping in time with your heartbeat.

Click on the link Jack the Winner slot free DEMO on SmartCasinoGuide.

🦜 Does the Jack the Winner casino slot game have Bonus feature?

❌No, this slot game don’t have Bonus feature!

🦜 What is the Jack the Winner slot RTP?

🦜 What is the Jack the Winner volatility level?

The volatility of this slot game is medium.

🦜 How many paylines does this slot have?

Jack the Winner slot have 4096 paylines.

Jack plies his trade over six reels and four rows. He conducts his nefarious deeds using picture cards, a cut-throat razor, a bag of jewels, a set of knuckle dusters, and a lady of the night.

Released by Felix Gaming on March 29 2022, and with a fantastic 65536 possible ways to win, this online slot will provide hours of entertainment if you can handle the slightly grisly theme.

The good news is that Jack the Winner is available on both desktop and mobile platforms.

Jack the Winner is played over six reels with four rows. The symbols suit the underground theme and pay from three to eight matches.

The AKQJ are the lowest paying matches, ranging up through the Queen of Hearts card, the bag of jewels, the knuckle dusters, the cut-throat razor, the flintlock pistol, dynamite, dice, and the lady of the night being the most rewarding of the standard symbols.

The game pays when matching symbols appear anywhere on adjacent rows, starting from the leftmost reel. Only the highest pay way is paid. This gives 4096 ways to win in regular play.

Winning lines are highlighted with the amount won appearing in the Win window.

There is a Wild symbol in Jack the Winner, which is the bright red “W” is the wild, and it substitutes for any symbol except the scatter.

Landing three scatter symbols will trigger the free spins. In this mini-game, the player is granted five free spins. During the free spins, Jack appears, covering two of the reels, and his figure changes all the symbols on all four rows on the two reels to wilds, increasing the winning combinations to 65536 ways. After each spin, the figure of Jack will move one reel to the left or right. These free spins will run automatically.

Jack the Winner is a simple, classic video slot with many pay ways. All the player needs are three symbols adjacent to each other, starting from the leftmost reel. There are 4,096 ways to win in this format, but each win will be a relatively small amount. These constant small wins keep the players interested and encourage more extended periods of play.

The free spins come up on a reasonably regular basis, and the hulking figure of Jack looms over the game. As the lightning flickers and the screen splits to reveal a glaring Jack, the two reels and four rows hidden by his figure are all wilds, which increases the odds of winning to a fantastic 65,536 ways. This means that it is unlikely that there will be no wins in the five free spins granted.

The graphics are very high quality and are suitably gruesome as the game follows a Jack the Ripper theme. His flintlock pistol, knuckle duster, and cut-throat razor are there, along with a lady of the night, dice, and jewels, all contributing to making this an authentic experience for the player.

With a smoky background and the eerie sounds of a muffled Big Ben tolling and the horse’s hooves on the cobbles, the soundtrack and background add to the atmosphere making this game special.

Jack the Winner is a classic video slot with a great atmosphere rather than exotic bonuses and jackpots. The minimum is $0.10, and the maximum bet is $50,00.

The RTP (return to player) has been calculated at a healthy 96.84%, representing a fair, above average return to the player.

Volatility is how players estimate the risk of losing a bet or how often they can expect to land a winning combination during regular play. Low volatility means that the player will have to work for a reward as they do not come often, but when they do come, they appear in large amounts.

At the other end of the scale are the high volatility games where a player can expect many wins, but each payment will be small (excluding jackpots and special features). As can be expected, medium volatility falls in the middle, so a player will have to wait for a prize, but it will be worth waiting for.

With many small wins coming often, Jack the Winner is classed as a high volatility slot.

The fact that this is a high volatility slot definitely does not mean that a lucky player cannot win big. The maximum multiplier is 7,680, meaning the maximum win can be a very exciting $384,000.

Jack the Winner is a classic video slot with an entertaining theme by Felix Gaming. The graphics are top-class, and the soundtrack adds to the eerie atmosphere. The game itself is very generous in the sheer amount of ways in which you can win, with the regular game having 4,096 winning ways. When the free spins game is in play, and the expanding figure of Jack covers two of the reels, the number of ways to win increases to an impressive 65,536 ways.

The number of winning combinations and the graphics and soundtrack make this a fun and engaging slot to play.