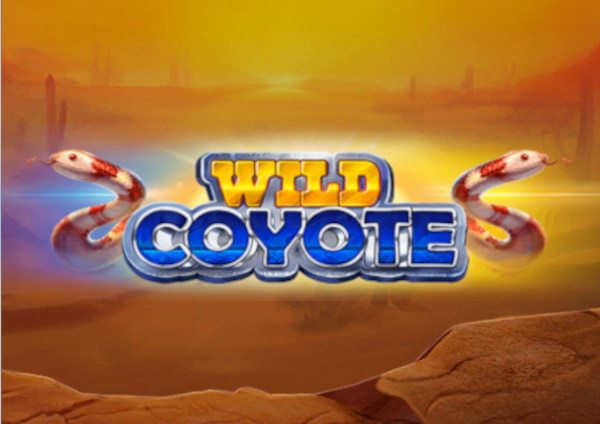 What do people ask about the Wild Coyote online slot?
🐺 Where to play Wild Coyote free play slot DEMO?

🐺 Does the Wild Coyote casino slot game have Bonus feature?

❌No, this slot game don’t have Bonus feature!

🐺 What is the Wild Coyote slot RTP?

🐺 What is the Wild Coyote volatility level?

The volatility of this slot game is low.

🐺 Which casino is the best to gamble Wild Coyote casino game?

Click on the link and find out about the best casinos for slots nowadays!

Most of this provider’s games are available both on desktop and mobile and so is Wild Coyote. It’s a mystery-themed classic slot with a multiline setup of animals. The story behind this slot is that of the North American wild coyote. People were scared of coming across a coyote but its sight also meant luck.

Wild Coyote online slot game has a straightforward interface, with a few buttons that’ll take you straight to where you need to be. With 100 paylines, it gives you a higher chance of winning. All these winning combinations are accommodated in the four rows and five reels depicted on the screen. Additionally, you can read the screen in various international languages. These include English, Thai, Spanish, Armenian, Russian, Georgian, Portuguese, Ukrainian, Italian, French and more. 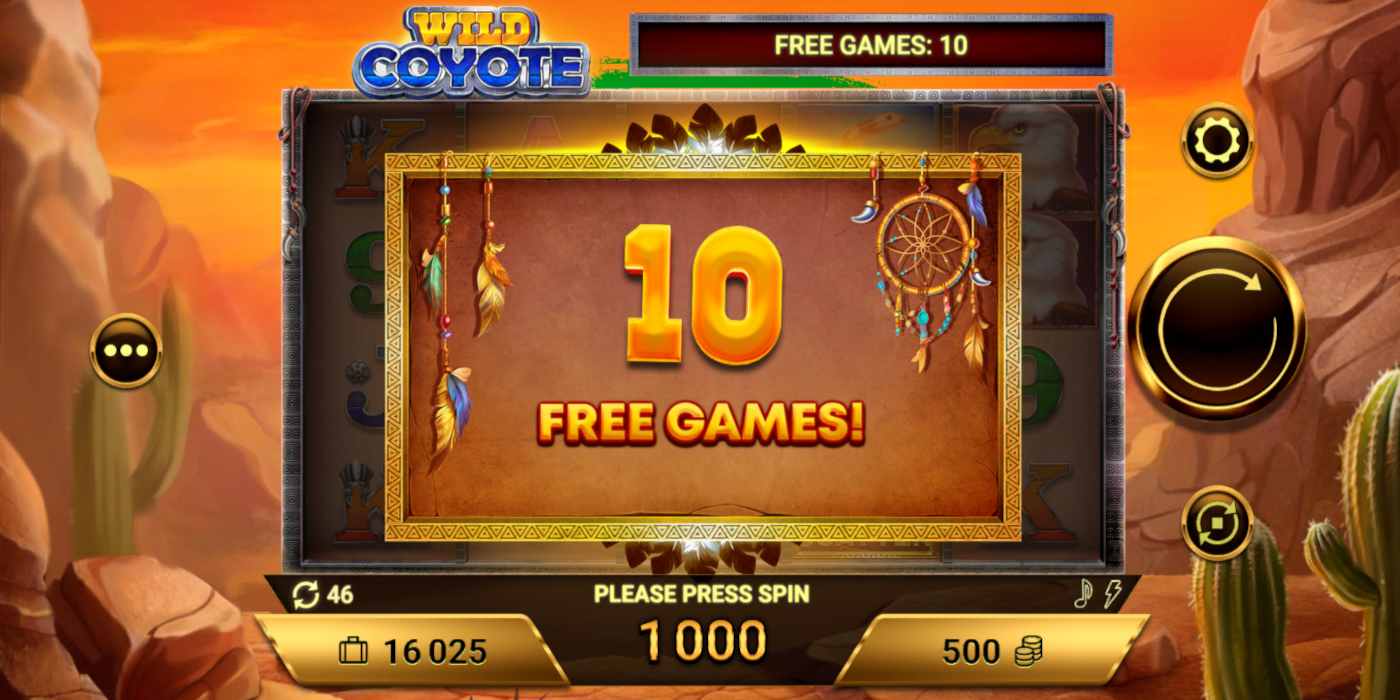 If you’re looking for more information on how to play the game, there’s a single round button on the left with three dots. Then on the right-hand side, there are three round buttons with the middle one highlighted by its bigger size. If you want to adjust a few things including turning off the background music, click on the top settings button. The bigger button is for spins, click on it and keep spinning until you get lucky. Alternatively, you can use the Autospin feature, which is straightforward, choose between a minimum of five to a maximum of 1,000 spins.

To win, you need three to five matching symbols to appear on the paylines. Scatter symbols are a bonus on their own. They can appear in any position, as long as there are three of them, and they’re somewhere between reels two to four.

There’s one wild symbol represented by the wolf or coyote. The appearance of this symbol will earn you large winning sums. These earnings range from a minimum of €100 to a maximum of €1,000. Five scatter symbols trigger the maximum amount, with four you can get up to €225 and three trigger the minimum. Wild symbols also substitute for all the other symbols excluding scatter symbols. They appear stacked even on free spins rounds.

There’s also one scatter symbol represented by the canyon. Three canyons rolling down the screen as you spin are enough to win €200. They only appear on reels number two, three and four. So, once three scatter symbols appear on the necessary reels, they trigger 10 free games. This slot has large amounts associated with the winning combinations. On top of that, exist free games. 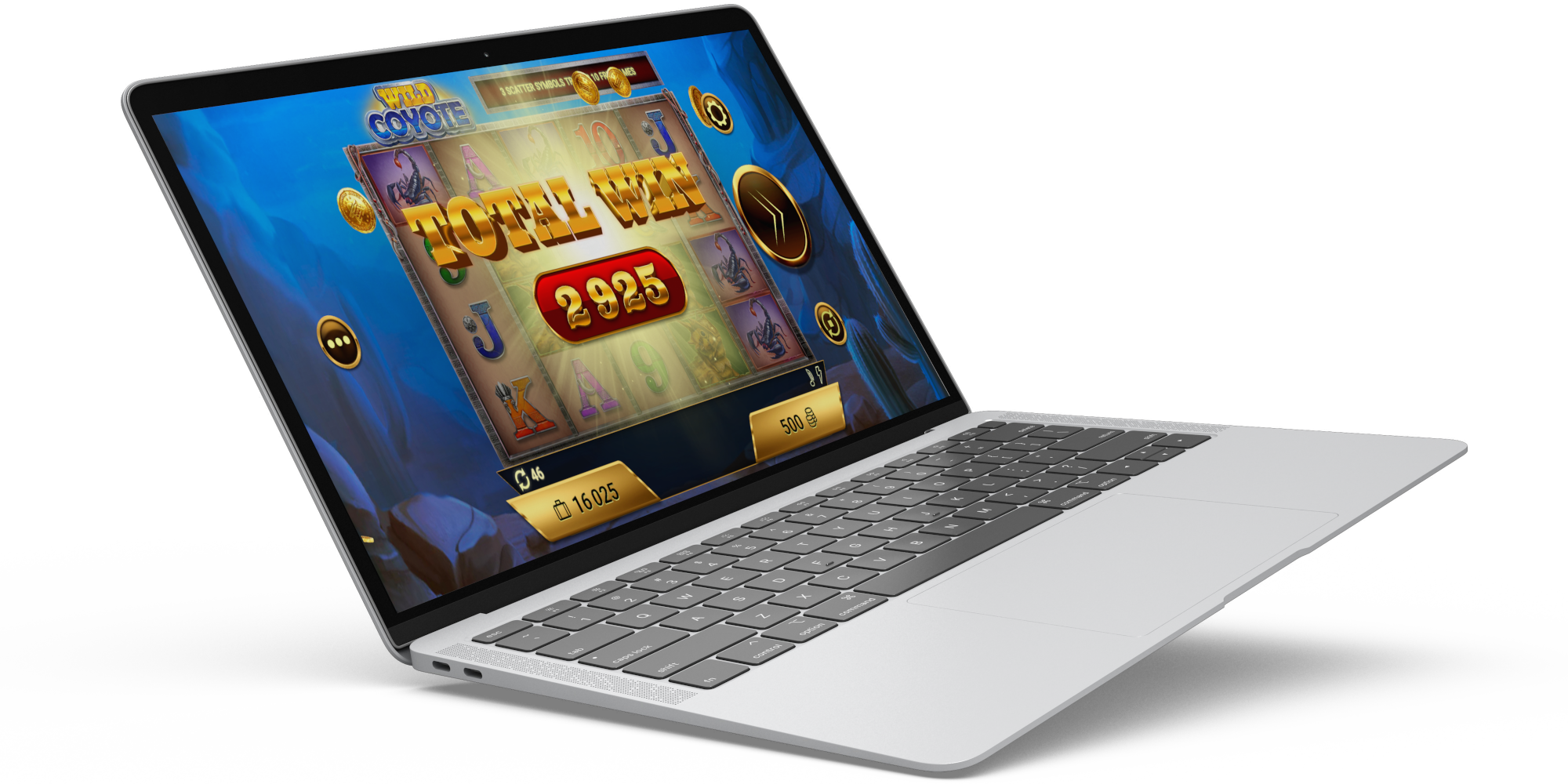 Excluding the special symbols (wild and scatter), there are 10 other symbols featured. They also have high payouts especially when five of either one appear on the reels. The four featured animals have higher payouts compared to the letter and number symbols featured. The Wild Coyote slot machine by Amigo Gaming has amazingly high payouts than most slots we have come across. So whether you get a payout combination on number or animal symbols, you still win a fairly large amount.

The simplicity of the game interface, the high number of paylines and large payouts set the game apart from others. Also, it features stacked Wilds that substitute for other symbols. Moreover, Wild Coyote has low volatility which means it regularly pays out. These features are enough to keep a player happy and glued to the screen as they enjoy the great visuals and the games’ mechanics. The cinematic visuals of animals that come to life when spitting the rewards once a winning combination has come together are an addition to the entertainment.

This game was initially designed to be enjoyed on computers and mobile phones. It supports all devices with various screen sizes, and, of course, the device must connect to the internet. This makes it easy to access it from anywhere you are globally. You can enjoy all of its amazing features and earn those free spins on the go. The mobile version isn’t limited, you can access all features and the visuals aren’t compromised. 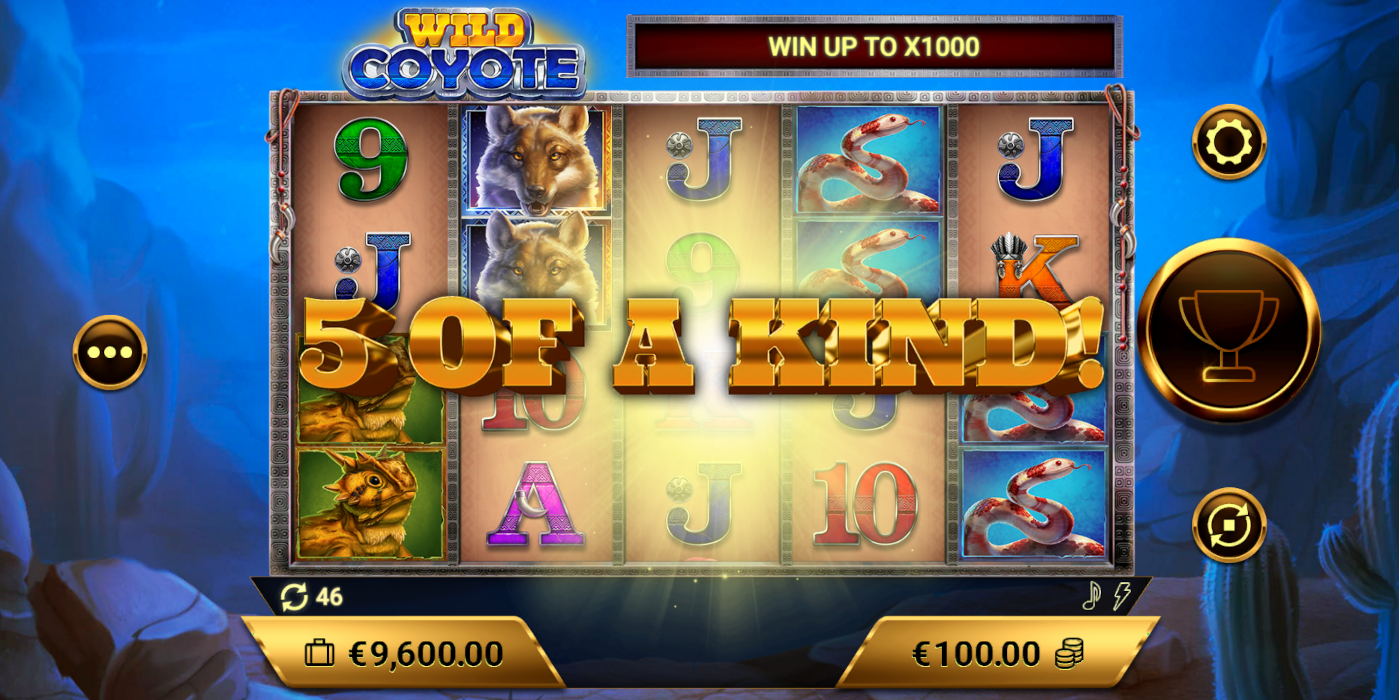 The game is accessible to most gamblers as there’s a huge difference between the minimum and maximum betting amounts. You can place a bet of as low as €0.1 and as high as €100. Seeing that some casinos that have Wild Coyote don’t offer its demo yet, you can place a low bet while trying it out. The RTP is 96%. The maximum winnings are 1,000x your bet. This can be up to €1,000,000 prize.

Wild Coyote doesn’t feature jackpots. Nevertheless, its low volatility slot gives a high chance of winning. This can keep players excited to the extent of not longing for a jackpot.

Amigo Gaming has put the desires of gamers in mind when creating this native North America themed slot. Together with the background music and desert visuals, this theme brings out the fear and excitement brought by the sight of a coyote. In addition to the great visuals, the volatility, 100 paylines and free games feature give players the worth of their time. The free games grant full access to all the features in the slot. There’s also a chance of winning more free spins while on the free game mode. It seems like when entering this game there’s no easy way out, in a good way!