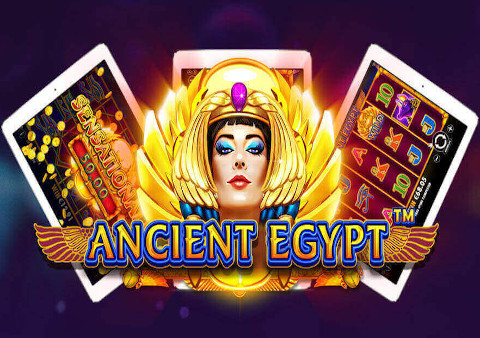 Ancient Egypt is a popular slot about Egyptian mysteries and treasures released by the Pragmatic Play company in the winter of 2018. The gaming software providers were impressed by the huge popularity and great fame of the Novomatic Book of Ra gaming machine chosen by millions and decided to create their own variant resembling this game.

❓ What is the Ancient Egypt slot RTP?

This high-volatility game can bring the lucky person a lot of money, and hundreds of gamers managed to win here the main 25000 prize.

❓ Is the Ancient Egypt slot game has Free Spins feature?

✅ Yes! Ancient Egypt slot game has a Bonus game feature where you can get Free Spins and enjoy big winnings.

The design of the slot is very simple, but at the same time charming and beautiful. The reels of this slot machine are located right in one of the Egyptian pyramids. On the sides, the player can see two huge columns with mysterious hieroglyphs.

Players can try this game for free or start it directly with the real-money version. The slot is launched both on computers and laptops and Android or Apple devices. Due to the simplicity of the game’s graphics, gamblers who pick this slot machine do not have problems when launching it on their phones or tablets. 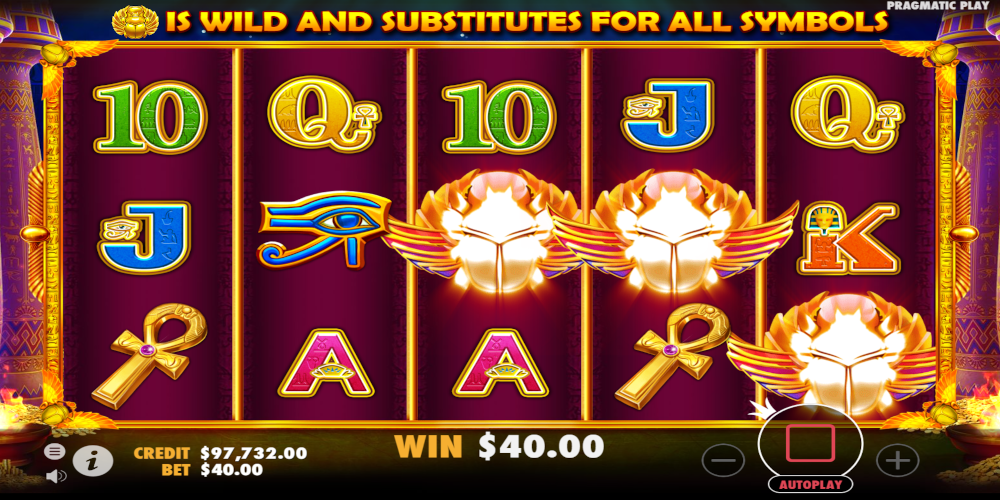 Spinning 5 reels of the slot, the player will see how various symbols of Ancient Egypt appear in 3 rows. These are Anubis, golden scarab beetles, pharaohs’ wands, as well as playing cards used in table games. Each of these icons brings wins, but to form a winning combination, at least 3 identical characters should fall on the playing field. 10 active paylines can bring large prizes reaching 25000 coins to the player. Prompts for the gamer that appear in English during the whole gambling process help him take the right decision and get more money.

Starting the game, it is enough to:

Despite rather an ordinary slot design, the game remains attractive to players from all countries: prize combinations appear very often. When it happens, Arabic tuneful music is heard, and it doubles the effect of the great event.

Anubis and Cleopatra queen are the highest paying symbols in the slot. The Scarab beetle made of the real Egyptian gold is used both as Wild and Scatter and they respectively perform two options at once replacing missing images in the game and also launching a round of Free Spins.

If 3 or more main icons of the Ancient Egypt slot (images of Cleopatra) are seen on the screen, it means that the time to get a big winning has come to the happy gambler. 5 Cleopatra’s characters bring 500 of the player’s bet. It means that if he chooses the highest 50 dollars stake, he wins 25,000 dollars. One minute and the player is rich!

The Wild Scarab is able to make its own combinations. For a sequence of 3, 4 or 5 Wilds, the player will receive the increase of 2x, 20x, and 200x. 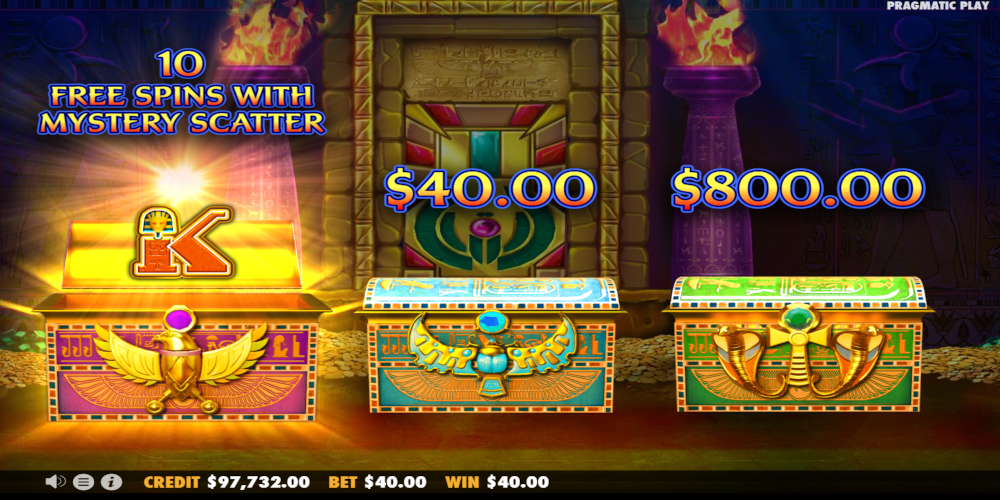 The only bonus feature in Ancient Egypt is its Free Spins round, which is activated when the player manages to catch at least three Scatters (scarabs). In this case, the gamer will receive 10 Free Spins. Before they start, one symbol will be selected, and it will be expanding throughout the round. This means that for the required amount, the chosen character will fill the entire game reel, on which it drops out. Thereby, the player will have the opportunity to fill the entire playing field with one symbol. This round can be restarted if during Free Spins, the gambler manages to get at least three more scarabs. No matter how many bonus symbols the free spins have triggered, the reels will make 10 Free Spins during the round.

This gaming machine can be compared with similar “Egyptian” slots developed by other companies only by the theme. It is very simple in the aspect of graphics and gameplay, thus, even a newbie will understand how to play it in a few minutes. A proficient gambler can choose it only for its “relaxing” atmosphere that is combined with a high chance to win much money during bonus spins.

One can play the game at any chosen legal casino that provides Pragmatic Play software. If the gamer likes it, he can also try other products of the company.

The Ancient Egypt slot has a 96.13% RTP, which is an average indicator of the slots Return to Player. This high-volatility game can bring the lucky person a lot of money, and hundreds of gamers managed to win here the main 25000 prize. Nevertheless, even those guys who do not risk much picking smaller bets win. They manage to do it during bonus rounds, where 3 chests with hidden surprises inside each of them pop up on the screen. Choosing one of them, the player picks his own gift and gets it immediately. Besides, if he plays for real money with a deposit bonus, he opts to get much more. Depending on a casino, the gambler can get 100-200+ dollars that will be added to his main prize. 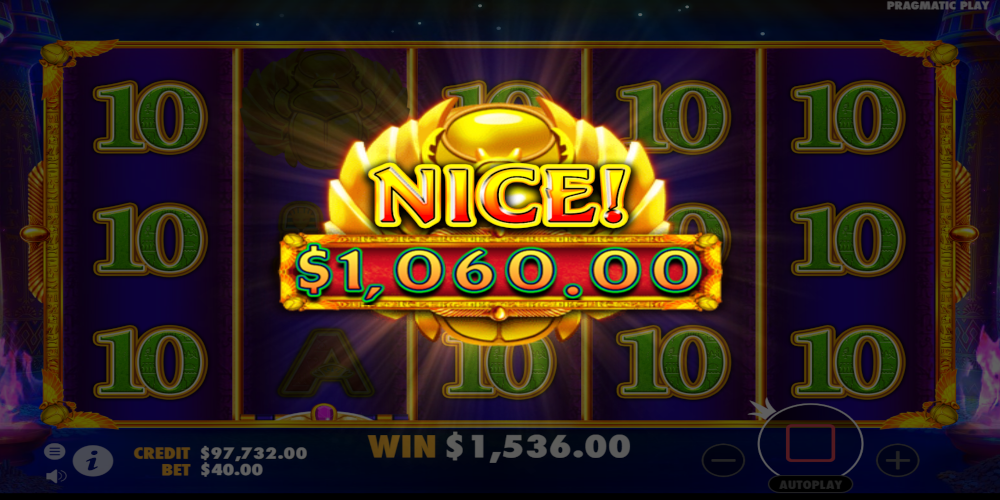 In general, Ancient Egypt by Pragmatic Play company turned out to be a simple, but at the same time interesting game. It may not be so much exciting, but if the gamer comes to a casino to relax and win a bit, he can choose it without any hesitation.

The slot was created for fans of the Egyptian theme, but even if a person picks it “by mistake” or for fun, he can fall in love with this game for many reasons including the plain gameplay and nice awards. The slot machine combines simple rules, user-friendly interface, lucrative bonuses, and great returns.