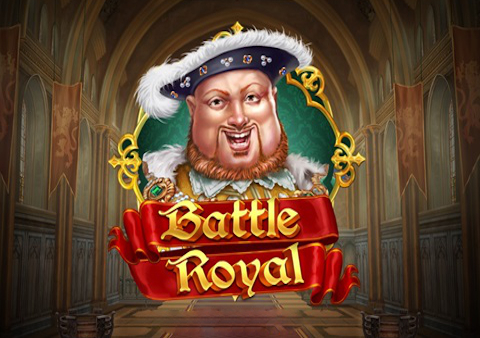 Battle Royal slot was released on December 12, 2018 by world-famous Swedish provider Play’n GO. The developer takes us to historical events of England in the 16th century. The casino game online is based on the true story of King Henry VIII, who was a cruel man and had an unpredictable personality. He is famous for having 6 wives, who were beheaded by the husband one by one.

The slot machine has 5 reels, 3 rows and 20 fixed paylines.

❓ What is the Battle Royal RTP?

❓ What is the bet limits of Battle Royal video slot?

The slot machine lets you choose your bet per spin between 0.20-100 euros.

❓ What is the maximum win on Battle Royal casino game?

❓ What are the special features of the Battle Royal online slot?

Find out all information about these special features in our Battle Royal slot review.

Battle Royal is a very colorful modern slot with elegant designs and amazing graphics. The background for the game is a rich royal hall with weighty curtains, decorated with golden lions. The main characters of the slot are caricatures of the fat King Henry and his 6 beautiful wives. The game is accompanied by an original royal soundtrack with flutes and drums. The slot is made in the HTML 5 format, which makes it available on all devices, including mobiles and tablets. Find out the best mobile casino app here. 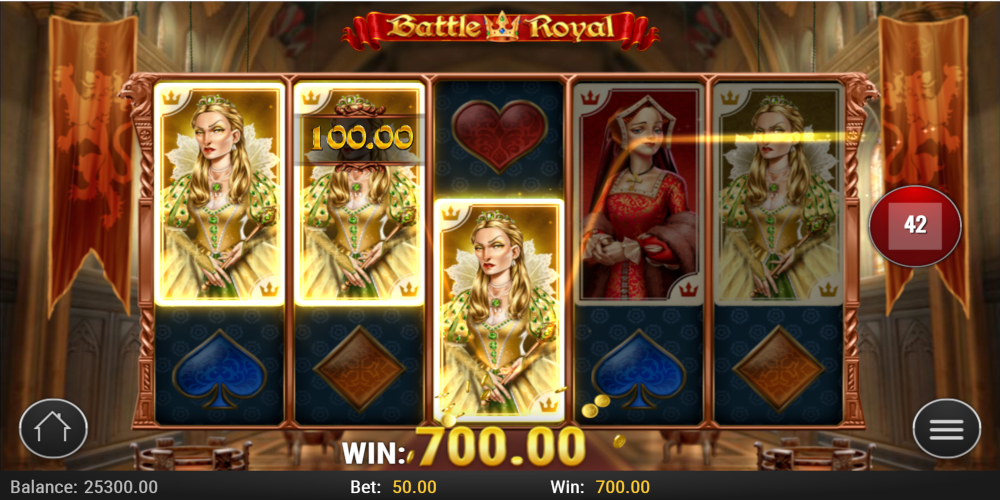 The slot machine has 5 reels, 3 rows and 20 fixed paylines. The game interface is usual to Play’n GO online slots. You can select the size of the bet, using the buttons «+» and «–». You can also see the balance window to the left of the bets.

There is also an Autospin button that starts automatic spins. Player can choose from 10 to 100 auto spins and set limits when autoplay stops. To win player must type a combination of at least 3 symbols in a row from left to right.

The main symbols of the video slot are:

The Wild King symbol substitutes for all symbols except Scatter. Scatter appears on 1 and 5 reels and triggers bonus games. The royal cards are the cheapest symbols.

The most profitable from basic symbols is wife in a yellow dress, the cheapest is in a blue dress. When the King decapitates his wives, they turned into ghosts. These Ghosts pictured so creatively and a bit like the headless ghost from Harry Potter.

To trigger the bonus games and get the biggest win player must collect a combination of Scatters on reels 1 and 5 and then to choose one of the proposed bonus-games: free spins (Heads Will Roll) or Long Live the King round. 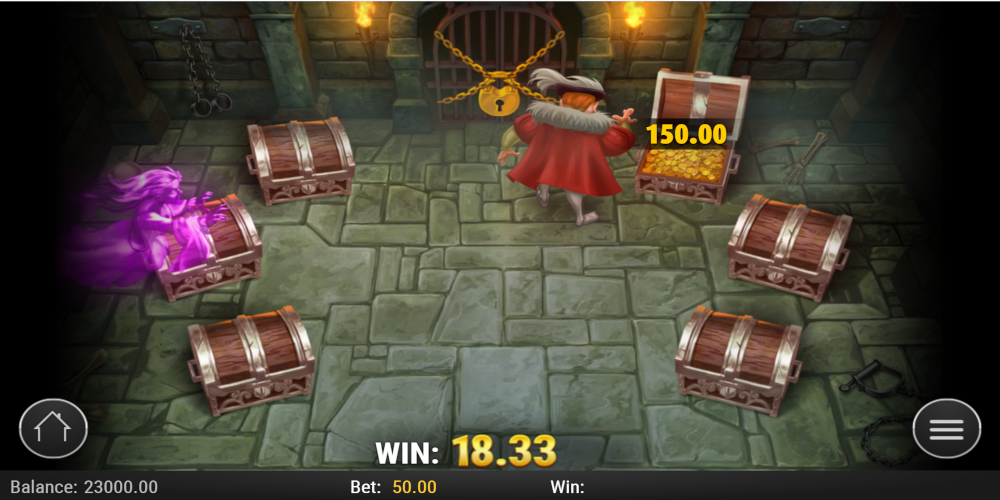 The main features of the Battle Royal slot machine are:

The Royal Flush bonus is triggered randomly in the main game. This will help you complete a winning combination faster. In this case, all cheap card symbols turn into a single universal symbol.

Then the player chooses on which of the reels to place the surviving wife on, and the guillotine is randomly triggered on one of the reels. If the wife is not beheaded, the round will end. And If the player guesses the reel correctly, he goes on to the next round – Long Live the King bonus game.

In the Long Live the King round the main character gets into a dungeon with ghosts. He must open the chests one by one to find the escape key. He also receives additional payments for opening chests and can win a big multiplayer. When you find the key, you can get a multiplier, that applies to all your winnings, or keep opening chests to win more prizes. This feature ends, when one of the wives’ ghosts catch King.

This Play’n GO slot has next parameters:

Although there is no jackpot in the game, but the maximum winnings are also not bad. The winnings can reach up to 500,000 euros with the maximum bet. 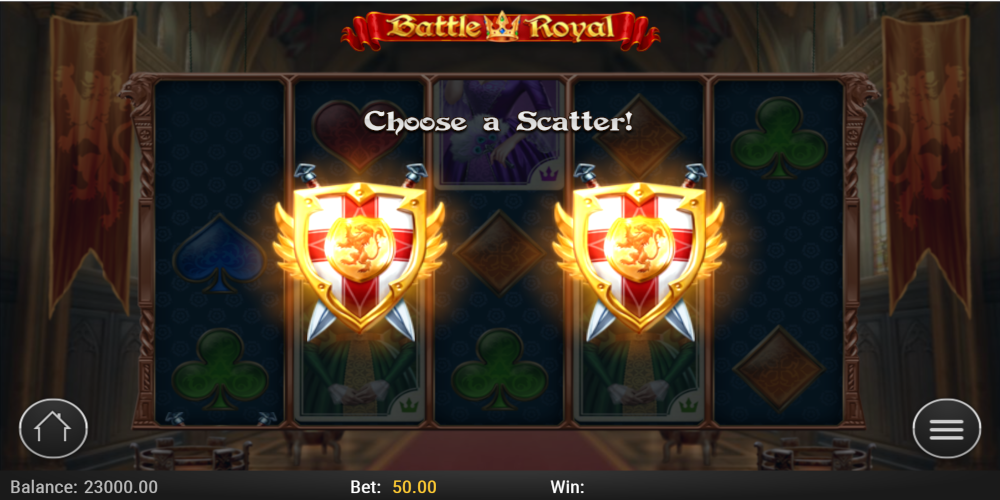 Battle Royal slot has a high variance, which is quite understandable given the high maximum win. To complete combinations for bonus games and get a big win is not so easy. But it’s definitely worth trying the game because the player returns percentage (RTP) is 96,56%, which is above average. More about the best slots RTP rates here!

It’s an entertaining exciting slot with royal intrigue. The game is addictive and has great winning potential. Let’s go on a journey through the life of King Henry VIII and get great prizes along the way!