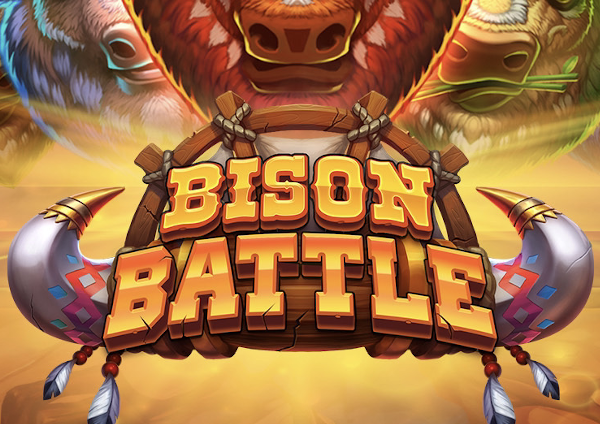 2022 has just started and online casino games providers are trying to start the year on the right foot and present something exciting for players. Push Gaming started a year with a bang and on 20th of January they released a super interesting Bison Battle slot game.

Click on the link and enjoy Bison Battle DEMO slot for free!

🦬 How many paylines have Bison Battle casino game?

The online slot machine has 5 reels, 4 rows and 20 fixed paylines.

🦬 What is the online Bison Battle Push Gaming slot RTP?

Bison Battle RTP is quite high and sits at 96.40% but this number will change if you decide to go for bonus buys feature.

🦬 What is the Bison Battle max win?

The slot game volatility is very high, making the winning potential of 50 000x your bet!

🦬 Does the slot game have the Bison Battle Bonus Buy feature?

✅ Yes! There are two different bonuses:

It has several exciting features together with two different bonus rounds. In this review, we will explain how all of those features work and we will highlight other important information.

Hopefully this article will help you to decide whether this slot game is worth your money!

Bison Battle is not just another slot game, it has some unique features which make this game really exciting. Let’s start with the Wild Bison symbol which can substitute any required symbol except from scatters. It also has another function which is only available during Green Valley free spins so we will talk about it more in the next paragraph.

In order for that to happen, the Red Bison symbol has to land on both reel 1 and reel 5 on the same row. That would trigger a Bison Clash feature where Instant Prize symbol will be multiplied by the multiplier value.

This slot has two different bonuses and both of them are super interesting. It is also really important that both those features can be bought so if you like bonus buys – you will surely like this game.

Let’s start from the Ice Park feature which can be triggered when the Blue Bison symbol and any Red Bison symbol with a multiplier are on the same row at the same time. This feature has some similarities to Money Train 2 bonus game where you have 3 spins and they reset if you manage to land any symbol on the reels. In Ice Park you will see Bison Coins which can only land on reels 2, 3 and 4 and they are basically symbols with Instant Prize attached to it. Then, there are Red Bison which can land on reels 1 and 5. They will have a multiplier attached to it and once it lands it will multiply the value of all Bison Coins on the same row. 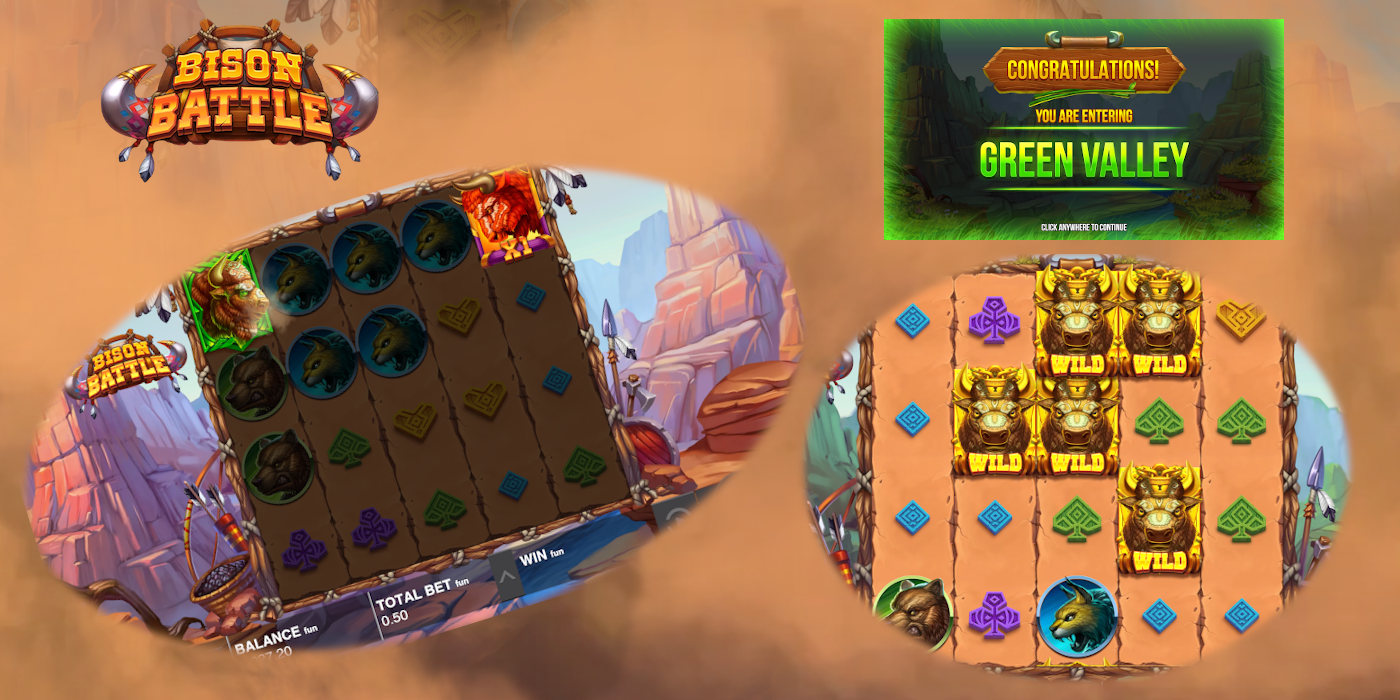 As we mentioned before, this slot game was released by a well-known Push Gaming studios on the 20th of January, 2022. It will take you to an ancient bison playfield and entertain you with several exciting features.

Also, it is important to mention that Bison Battle is a super high volatility game which has a really huge winning potential of 50 000x. 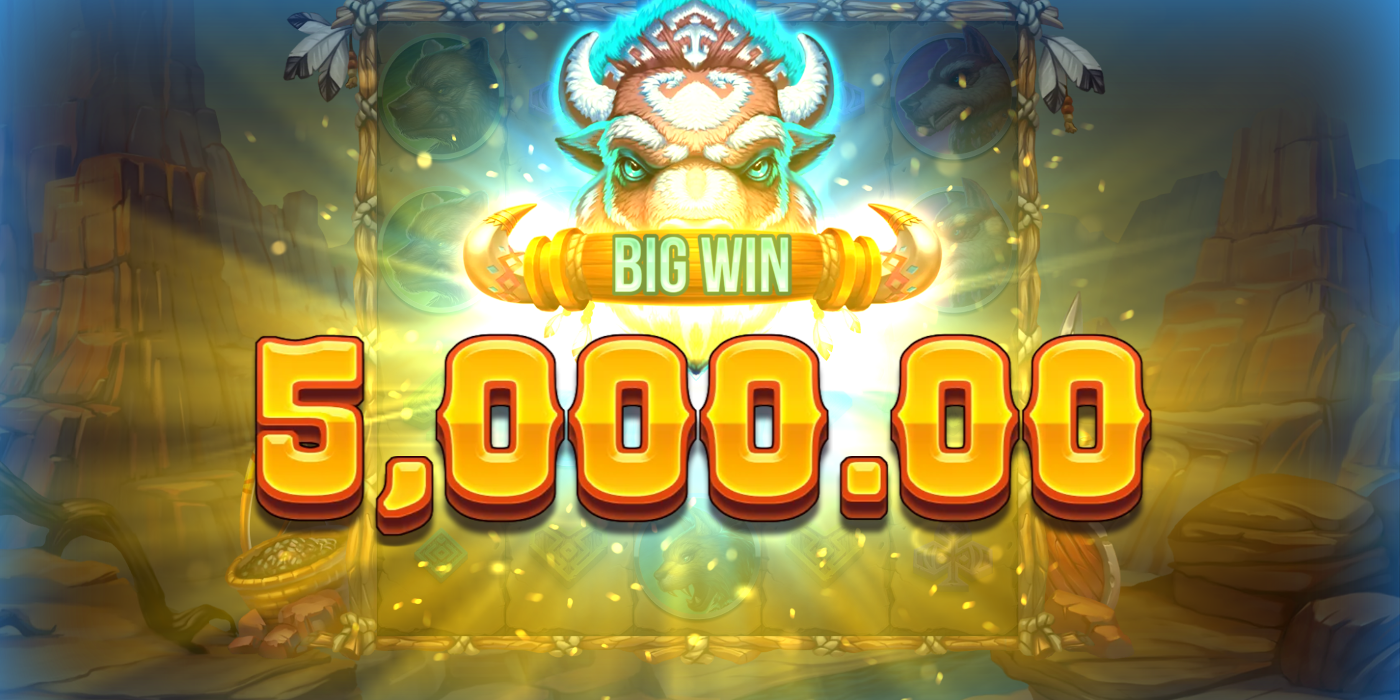 Bison Battle is a very beautiful slot game that is set in an ancient bison valley. Various Bison symbols obviously are the most important ones in the game since they also perform several functions. You can learn more about them in the paragraph above which talks about Bison Battle features.☝️

Then there is an eagle symbol which has the highest value, several wolf symbols which have medium value and at last, there are 4 low value symbols available in this game.

So, if you would like to try out something unique and fresh this game is a perfect choice. Just be aware that Bison Battle is a really high volatility slot so always know your limits and gamble responsibly. Try out Bison Battle slot DEMO at the top of this review page.

Click on the link and try out a lot of online gambling slot machines DEMO versions for FREE! 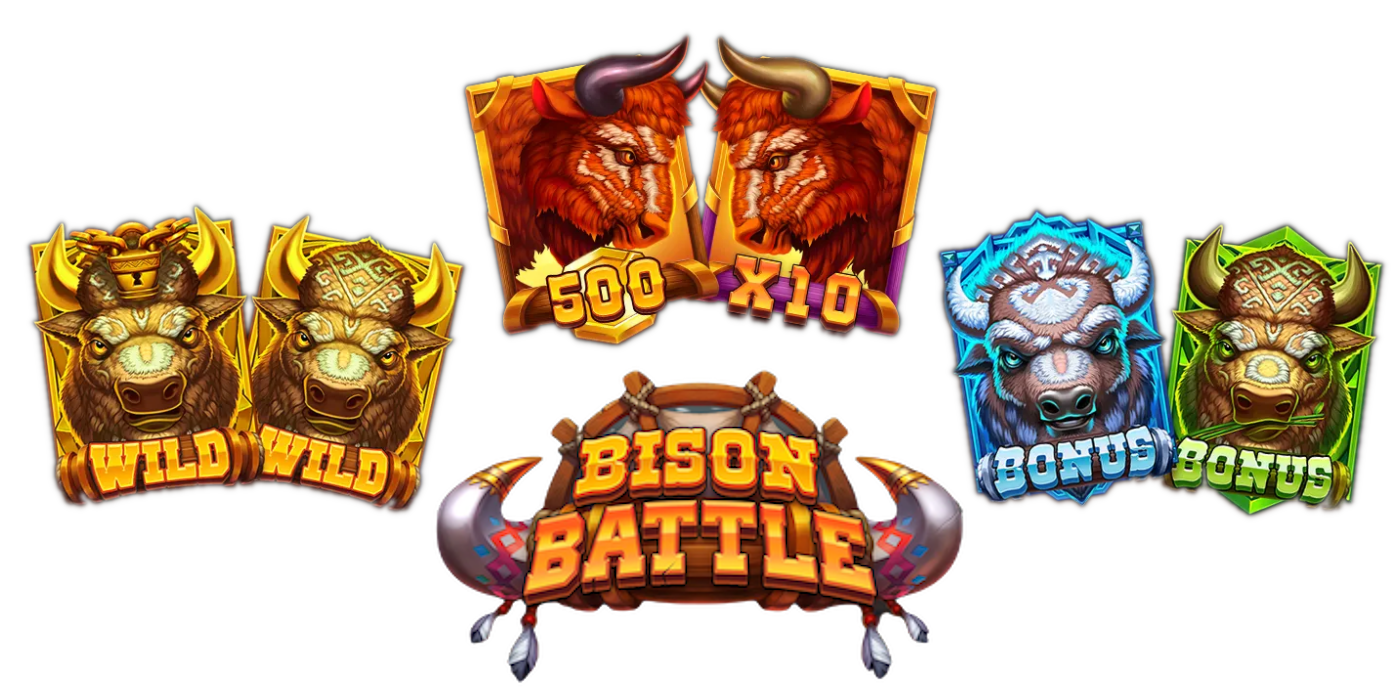