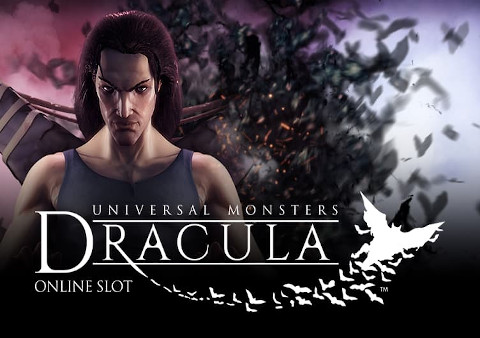 Dracula is a video slot game developed by NetEnt. This video slot game features the world’s most famous vampire, Count Dracula, and other characters related to his scary tale.

What do people ask about the Dracula slot game?
❓ How many paylines have Dracula casino game?

The slot is set up as 5 reels and across 4 rows, featuring 40 paylines.

❓ What is the Dracula online slot RTP?

The return to player (RTP) value for Dracula is 96.58%. Try Dracula free play DEMO at the top of this review page.

This video slot game has a low to medium volatility.

❓ What is the bet limits of Dracula casino game?

❓ What is the maximum win on Dracula slot machine?

❓ Is the Dracula slot game has Free Spins feature?

✅ Yes! This slot game has Free Spin feature and you can find out more about it in this Dracula slot NetEnt review.

Dracula is a collaboration between NetEnt and Universal Studios and was released in 2015. At the time of its release, it was considered to be one of NetEnt’s slots best creations. Dracula features top quality graphics and additional special features.

The tone is set from the moment a player opens this video slot game. Video of a woman running away from something frightening can be seen, accompanied by amazing sound effects. This is Dracula after this next victim. When he catches up with her, the reels open up. Dracula can then be seen on the left side screen watching over every move a player makes. The game is so realistic that players may experience moments of fear. Perhaps best not to play it in the dark!

This review will offer a detailed look into the features and unique qualities of NetEnt’s Dracula video slot. Try Dracula slot machine free DEMO at the top of this page.

The Dracula video slot game layout differs slightly from most other slots. The slot is set up as 5 reels and across 4 rows, featuring 40 paylines. The symbols are all relatively large, offering players a more extensive overall screen view.

Paylines in Dracula are fixed and cannot be customized. Bets placed can be adjusted in each round. Players who land up with five matching symbols can win up to 40 times their money wagered.

The game features regular Wilds as well as Stacked wilds and a unique bat feature. In this feature, Count Dracula, who is watching from the side, turns into a colony of bats. When the bat feature is activated, these bats fly off to land randomly on the reels. The bats form a cluster on the reel and turn symbols and wilds into more significant wins.

Dracula, and the women he is chasing after, can appear on the reels as stacked symbols. When these appear as part of a stack, in a winning bet line, there will be a payout of between 20 and 200 times the stake.

Free Spins are triggered when a stacked Dracula symbol appears on the second reel, in combination with the woman he has set his eye on, on the fourth reel. When Dracula reaches her, a player will be awarded 10 Free Spins. It also triggers a short cinematic in which Dracula joins his chosen woman. The two appear side by side where the seated Dracula used to be, while the player uses their free spins. When the stacked wild lands fully on the third reel, a player will be awarded 2 additional Free Spins. Once the free spins run out, Dracula will bite his lovely lady.

Dracula features top-end realistic graphics and spine-chilling sound effects. The game is set in a ghostly and foggy backdrop that does justice to the harrowing tale of this bloodthirsty vampire.

Other symbols are regular card symbols from the Jacks up to Aces. The A, K, Q and J in Dracula are the lowest paying symbols, and in this game, they are set in a shield, enriched with golden bats.

Landing on count Dracula together with the young woman he is reaching for, will offer higher rewards, as these are the highest value symbols in the game. Both these symbols pay 200 coins, lined up in fives, on a winning line.

The other characters in the game are fitting to the Dracula storyline. A man is holding onto a bottle of wine, a young beggar boy and a lady in a fur coat with a little dog. When landing on these, a player could be rewarded with several coins between ten and 60 times their bet.

The graphics and animations are brilliant at setting the mood for this horror movie-themed video slot. The collaboration with Universal Studios to bring Count Dracula to life is a definite success.

The animations, such as the facial expression of Dracula’s ‘casualties,’ are one of the standout features. Watch as they change to utterly terrified, combined with spectacular sound effects of impending doom. Dracula hissing when the bat feature is activated is guaranteed to send a shiver down any player’s spine!

Dracula has a low to medium volatility and the possibility of big wins. The slot machine odds, payouts and bonuses make this game accessible to all types of gamers. Dracula can be played on iOS and Android mobile devices as well as desktops.

The return to player (RTP) value for Dracula is 96.58%. This video slot game has a low to medium volatility. The betting range is set between 20 and 200 lines, going up in increments of 20.

NetEnt managed to create another thrilling masterpiece. Together with Universal Studios, they’re bringing Count Dracula to life in a video slot game. Those who dare to enter this bloodthirsty vampire’s world can expect potentially big wins!

Dracula is an entertaining game with low to medium variance, making it accessible for all levels of gamers. Free Spins and bonuses, combined with spectacular animations and sound effects, will transform players into a big-screen movie-like experience, this all from the safe solace of their mobile device or desktop. But don’t think that escape is easy. Count Dracula is waiting and watching.

Find out best NetEnt casino to play slots and other games!