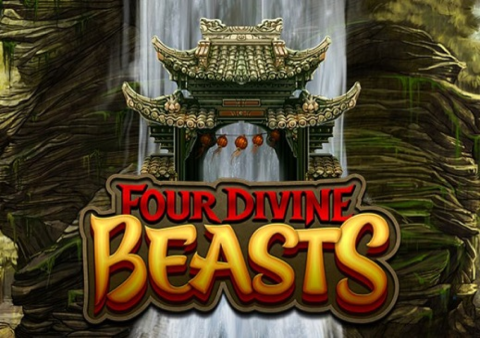 Four Divine Beasts slot – How to play and where to play?

Four Divine Beasts slot game built by the young and innovative design studio Habanero has been designed based on a theme of Chinese Origin. This slot offers a host of Bonus Features and 243 ways to win which means the symbols need to connect from the leftmost reels onwards.

❓ How many paylines have slot Four Divine Beast?

The slot machine has 243 ways to win. Let’s try it yourself.

❓ What is the Four Divine Beast slot RTP?

The RTP of this casino game is 98%. It is one of the highest RTP of slots.

❓ What is the volatility of the Four Divine Beast casino slot game?

Four Divine Beasts volatility is rated as medium-high level. To find out more about slots volatility, visit the link.

❓ Does the slot Four Divine Beasts has free spins feature?

This Chinese Astrology inspired game is based on the four symbols of the Chinese Constellations, the Azure Dragon, the Black Turtle, the Vermillion Bird and the White Tiger and I must admit they are brilliantly done, the audio side is however lacking in lustre.

These four mythical creatures will empower the reels in their stacked forms to bring you a variety of features such as Re-Spins, Free Spins, Progressive Jackpots and some other added bonuses.

The Four Divine Slots Game caters for all budgets with bets starting as low as $0.30 a spin reaching a maximum of 6000 credits per spin when you bet 10 coins choosing the highest coin value.

The range of payouts is not very high topping out at 500x the bet, it does on the other hand have an impressive RTP of 98%.

The Four Beasts are the most rewarding symbols in this game, the Dragon being the highest paying symbol then the Bird, Tiger and Black Turtle in ascending order.

The Dragon pays between 50x-500x your payline bet for a combo of 3-5 of his symbols whereas the rest of the Beasts can pay between 15x-300x your line bet depending on the symbol you land.

The low paying symbols are the card symbols that pay between 5x-100x your payline bet.

The Scatter Symbol is in the form of the Yin Yang Logo and is available on the last four reels.

The Wild Symbol is represented by the Bonsai Tree and can replace all other symbols bar the Scatter Symbol.

This Slot has four types of Free Spins, and each variation of Free Spins is linked to one of the four Divine Beasts.

To trigger any one of the Free Spin Features you will need the full stacked Beast Symbol to cover reel 1, while the other 4 reels need to have at least three scattered Yin Yang Logos.

Let us begin by looking at what the Vermillion Bird has to offer, this Symbol has 7 Free Spins and the extra feature is the Flame Wild that appears on reels 2 and 3 and can expand up to 6 positions from there.

The Azure Dragon rewards you with 8 Free Spins during which time the Bonsai Tree Wild will appear at least once during the Free Spins round. These will only expand on the reels if they are part of a combination.

Another 7 Free Spins are rewarded by the White Tiger and comes with guaranteed Wild Symbols with 2 of them landing on random locations each round.

Finally, we have the Black Turtle, this Divine Beast will give you 7 Free Spins and one Wild on reels 2 or 3 and will expand to the right by 2 or 3 positions.

The Four Divine Beasts also have another two features and that is they are also responsible for triggering one of the four types of re-spins randomly as well as a Progressive Jackpot prize.

There are four types of random re-spins and each have their own wild symbol which performs similar functions to the Wilds in the Free Spins Feature. The bottom line here is, no matter which one of the four Beasts you may trigger you will always receive a fixed amount of 2 re-spins.

This medium to high variance Slot is yet another great looking game by Habanero, it comes with a lot of extras, 243 ways to win and limits that allows for thousands per spin.

This is the nature of the Beast, one I would recommend you get spinning on.