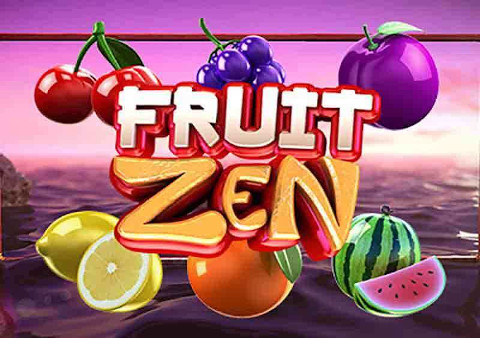 Fruit Zen might be considered as a typical “fruit machine” if not for some of its unusual options. This slot by BetSoft is often compared with popular Starburst created by NetEnt Gaming, although this slot, which was developed in 2014, appeared earlier. Both games have features that make them alike (Re-Spins, the gameplay). Like Starburst, Fruit Zen can be launched both on the phones and tablets working at Android and iOS, and computers. The internet speed should reach at least 3-5 Mb/s. Although this game is not heavy, it is recommended to play it when the net connection is stable, and registration at a casino is desirable: otherwise, the game results can be lost.

What do people ask about the Fruit Zen slot game?
❓ How many paylines have Fruit Zen video slot?

The number of paylines is fixed at 10.

❓ What is the Fruit Zen slot RTP?

❓ What is the bet limits of Fruit Zen slot game?

❓ What is the maximum win on Fruit Zen slot machine?

❓ What are the special features of the Fruit Zen slot?

This slot game has only one special symbol. It is WILD. Read this Fruit Zen slot game review and find out everything about it.

The gaming machine is stunning with colors — players plunge into the world of fruits, and the ocean with wonderful rocks serves as a background for all this beauty. Here, fruits dominate the game, but the slot’s design (sunset, ocean images) is fantastic. In general, this slot machine is inviting, and it also convinces with appealing sound effects as well as the grandiose prizes.

This is a 5 reels slot that has a fantastic 3D look. The developers of the machine do not offer the user either a bonus or a risky game, so the participant can only expect to win in the main round. Each player must know the rules of the game before proceeding with it. In order to comprehend the features of this slot, the user needs to check the control panel. It is incredibly convenient here and consists of only a few buttons, the functions of which are understandable without further study. 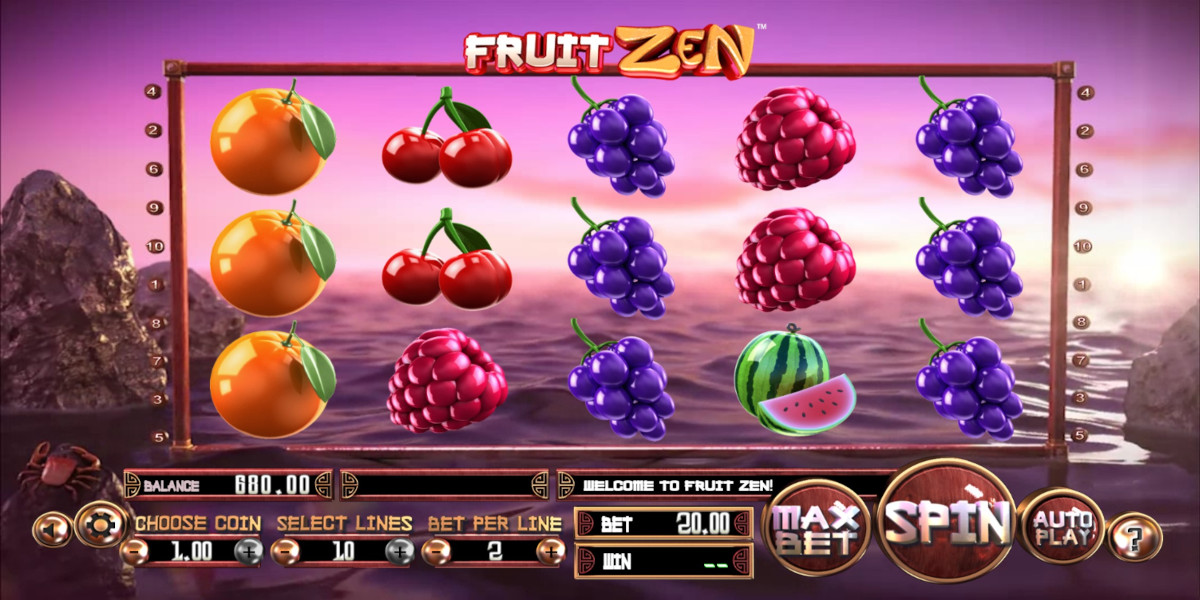 The number of paylines is fixed at 10 — the player can decide how many of them he wants to activate. He can also set the bet, which amount is between 0.01 and 10 euros per payline, which means that the maximum stake is 100 euros. There is also the Autoplay function, picking which the person can sit back and watch how the winnings increase his player account.

In order to receive a win, gamers must earn as many identical symbols as possible. To do it, he needs to see at least three similar characters that run from the first reel to the right or from the last reel to the left. Besides, with Fruit Zen, players have double chances of winning. The winnings with the maximum bet are the largest ones.

When Fruit Zen is launched, the gamer will see on the screen images of berries and fruits that bring the following awards: 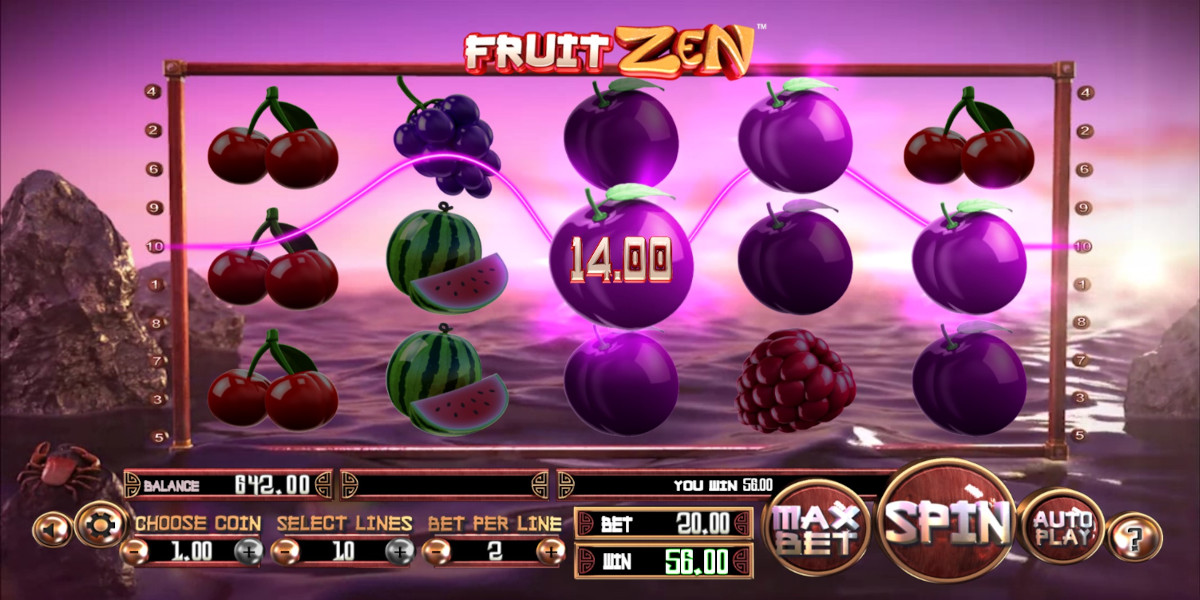 There is only one special symbol in the game — Wild. It is indicated by the inscription “Fruit Zen” and plays the role of a card joker, replacing any symbol that is missing to create a winning combination. It has one interesting feature — appears only on the 2nd, 3rd and 4th reels. When it happens, it expands to the entire reel, while all the remaining ones make an additional free rotation. If during this rotation Wild is seen again, it will also fill the reel on which it falls. The remaining three reels make extra spin again. At best, it can be seen on all three reels at the same time, which means great and particularly high winnings.

When the player opens the game, he will find himself at the seashore near the water trembling from the gentle wind. The animated background adds to the game reality, so the gameplay is very interesting and memorable. As for symbolism, it is made at the highest level: large and clearly formed images of the characters painted in the corresponding color are incredibly eye-catching, so one can watch them for hours. However, the user does not have time for this, he needs to start the game in order to get not only aesthetic pleasure, but also a prize.

Although this slot refers to a classic type of gaming machines, the idea of the game is deeper than it might seem. Those, who do not understand the word “Zen”, should learn that it is a Chinese direction of Buddhism, which has existed since around the 5th century. Today it is known not only in Asia, but also worldwide. The philosophy behind Zen Buddhism is an intuitive view of nature and life. Thus, playing Fruit Zen slot, the gamer is supposed to feel great relaxation and enjoy the gaming process. Additionally, he will be driven by the flow of winnings that this game offers for him.

Special features such as bonus games, free spins, or a jackpot are missed here. Only Wild character gives the gamer top chances to get a prize.

As in most slots, here, winnings size depends not only on the gamer’s luck but on the size of the chosen bet. Here, the Bet Per Line section is ranging from 1 to 10 coins. The number of active paylines is selected using the “-” and “+” buttons. Multiplying these two parameters makes up the total bet per spin, which is displayed in the Bet field. The maximum possible value is 100 coins. The Max Bet button automatically sets this indicator and starts one spin. 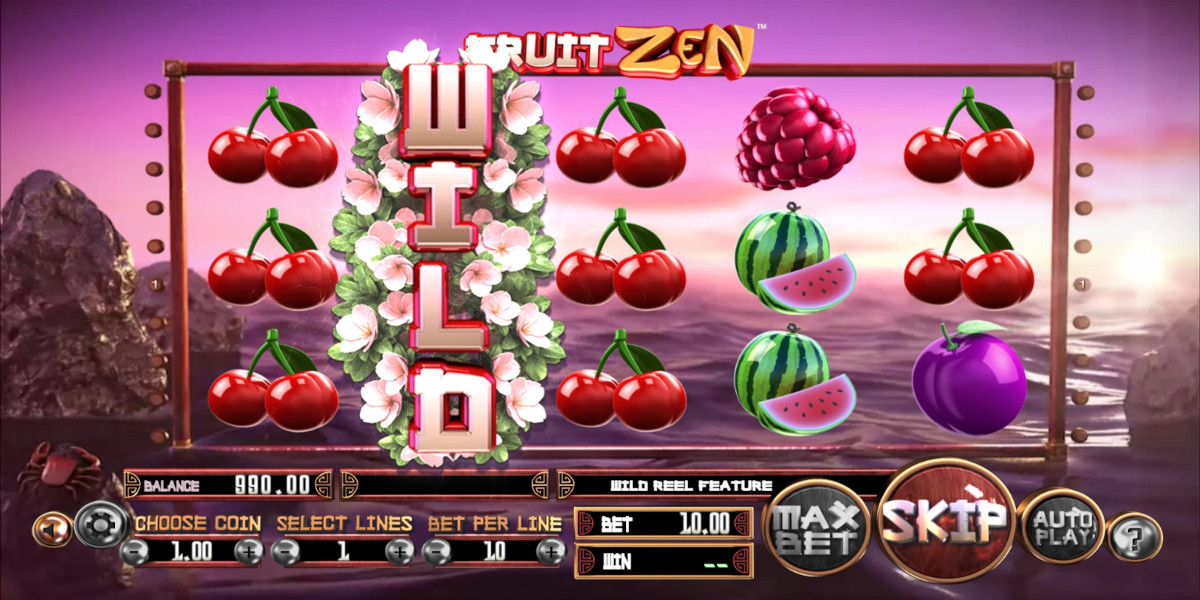 Fruit Zen RTP reaches 95.96%, which is a bit more than an average rate of a return to a player. Taking these moments into account, gamers are recommended to take advantage of the opportunity to play a few rounds on this beautiful slot machine for free, because this way they can learn everything about individual winning symbols and get to know their value.

Playing Fruit Zen is true fun. Despite all its modernity, this slot remains a classic gaming machine with usual mechanics. Its high-quality graphics dedicated to the fruit theme will be appealing to both newbies and professionals. The slot has a high dispersion and brings good wins. Gamblers consider an expanding Wild symbol and the option of Re-Spins the advantages of the game.