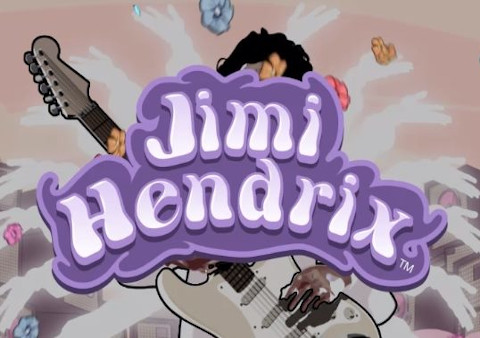 Jimi Hendrix slot machine is a psychedelic video game brought to you by NetEnt, based on the famous musician himself. It’s time to rock out and embrace the flower power in this bonus feature-packed slot machine game.

People are asking these questions
❓ How many paylines have Jimi Hendrix casino slot game?

This slot machine has 5 reels, 3 rows and 20 paylines.

❓ What is the Jimi Hendrix slot RTP?

Jimi Hendrix is a medium variance slot with a high market average RTP of 96.9%.

❓ What is the bet limits of the Jimi Hendrix slot game?

You can buy a ticket to an audience with Jimi Hendrix for as low as €0.20, but if you have the budget of a rockstar, you can wager up to €200 per spin.

❓ What is the maximum win in Jimi Hendrix slot machine?

It is up to 400 times your stake, which most achievable through the Purple Haze Free Spins round 💰

❓ Is the Jimi Hendrix slot game has Free Spins feature?

Find out all detailed information about these Free Spins features in this Jimi Hendrix slot review!

Your trip through the 60s world of Jimi Hendrix will take you to outer space and back. Even the base game has 2 unique features to keep you spinning and winning until the sun comes up. All while you enjoy the rock and roll soundtrack of Jimi Hendrix’s most iconic tunes.

What are you waiting for? Join Jimi as he’s brought back to life to rock another day and watch how his musical genius changed the way music is today.

The base game will take the older generation on a nostalgic trip back to the days of hippies and Woodstock. Here you’ll see the flower-power era theme surrounding the 5 reels and 20 paylines board.

Across the reels, you’ll find a selection of musically inspired and iconic hippy picture symbols. These are of higher value than the playing card suits. There are two unique features playable from the base game and a further 4 activated during the select and click Bonus game.

The second feature to keep an eye out for in the base game is the Red Guitar Re-Spins. They are triggered when you land 4+ red guitar symbols across the board. The reels will spin again, and fingers crossed you land another red guitar for yet another Re-Spin. This cycle will continue until you fail to land a red guitar.

The Wild symbol is depicted by Jimi Hendrix himself because let’s face it; he was pretty Wild in the world of music!

He can substitute for all other symbols in the main game barring the Scatter. The Wild can also create lucrative winning combinations. Landing 5 across the paylines will see you being awarded 400 coins.

Landing 3 of these will take you on stage to the Bonus round. Here you will face a selection of speakers to choose from. Hidden within them are 4 different prizes to be won. These include coin wins and 3 different Free Spin variations. You must collect 3 of a kind to trigger the prize.

3 Golden Coins will award you with a random amount of multipliers from as little as x8 and as high as x30.

The next prize is Crosstown Traffic Free Spins. Here you’ll receive 6 spins and a Wild stacked reel landing on different reels every spin.

The Purple Haze Free Spins is similar in mechanics to the base games Purple Haze feature. However, this time, you will receive from 6 Free Spins to 12. Every low symbol that lands on the reels during this bonus will turn into Wild symbols.

Lastly, the Little Wing Free Spins bonus game will again award you between the same amount of spins. Here you will land 3 to 5 Wilds overlaying the reels randomly for each spin during this bonus.

This game plays homage to the legend that is Jimi Hendrix in beautiful pastel graphics and otherworldly animation. It’s lighthearted but complex feature-rich fun that will have you rocking out to 3 of Mr. Hendrix’s most beloved songs. These famous songs play a prominent part in the games’ bonus special features.

Every detail has been intricately drawn and placed to portray the era perfectly. Even for those who were not part of the Hendrix generation can appreciate the depiction of peace, love, and happiness within this video slot.

The addition of the Pick and Choose game for collectibles is a welcome bridge between the base game and bonus rounds. It elevates the video slot from simple to superior. While at all times allowing the player to feel in control of their destinies and brings about a more immersive gaming experience.

NetEnt has pulled out their fan-favorite features in this slot. They have meticulously put them together to create a seamless and captivating game.

The addition of 2 special features within the base game is a refreshing one unlike most other video slots on the market. These features not only boost your earning potential from the get-go but also make for exciting and fast-paced gameplay.

Jimi Hendrix is a medium variance slot with a high market average RTP of 96.9%. Players will find that most of the winnings will be small but frequent inside the base game.

Furthermore, up to 400 times your stake is most achievable through the Purple Haze Free Spins round. Here you can potentially land Wild on all 5 reels in a payline.

You can buy a ticket to an audience with Jimi Hendrix for as low as €0.20, but if you have the budget of a rockstar, you can wager up to €200 per spin.

If you’re a rock lover and a fan of the great legends that have changed music as we know it, then Jimi Hendrix is the video slot for you. This is without even delving into the fact that it’s feature-packed and boasts well-balanced gameplay figures.

This video slot is a visually stunning depiction of the legends’ life, and the backing music really brings the theme and the musicians to life. NetEnt has portrayed this historical era in all its psychedelic and trippy glory. Which, in return, has made for a thrilling and fun game to be immersed in for hours of gameplay.