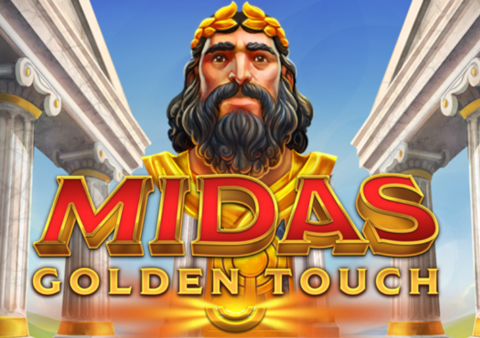 Midas Golden Touch Slot game – How to play and Where to play?

This Greek Mythology themed slot may turn your spins into Gold as King Midas is at the head of this game.

This Thunderkick slot is a 5×3 reel, 15 payline game with super HD graphics displaying polished marble floors, beautifully crafted Greek columns and the entrance to the Midas Temple is set against lush green slopes on a golden sunny day with King Midas himself gracing the reels.

Midas Golden Touch slot game comes with Wilds that when part of a win applies a Multiplier, when you get 5 on a payline you’ll be rewarded with a 32x Multiplier. This too applies to the Free Spins as every win triggers a Sticky Respin Feature and can win up to 10100x your bet on each spin too!

This high variance slot can be spin on your desktop, mobile and tablet across all OS platforms. 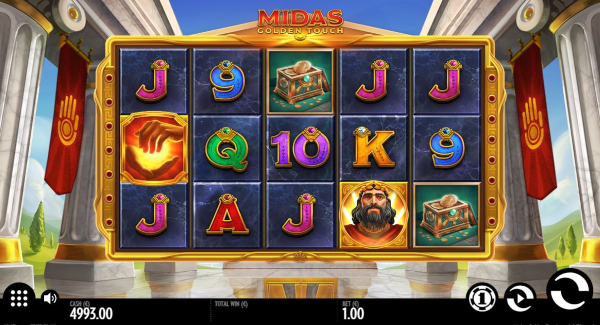 Midas Golden Touch Slot by Thunderkick is playable from as little as $0.10 to $100 per spin on all devices. The RTP is 96.01% which is not bad when looking for wins.

Symbols with the Midas Touch

The low paying symbols are the Card Royals from 9 through to A and are not the usual mundane looking symbols, these have been detailed with some nice matching gems.

They are joined with the higher paying symbols which are the coin chests, golden laurels and chalices.

King Midas himself is the most rewarding symbol as he can reward you with 10x, 20x or 75x your bet for 3, 4 or 5 across a payline.

Other Casinos to play Slots

Other Casinos to play Slots

The entrance to the Temple acts as Midas Golden Touch slots Scatter Symbol which triggers the Bonus Game Feature.

The Wild is the most important symbol and is represented by Midas Hands, rather apt the hands with the Golden Touch. They substitute for all other symbols except the Scatter and can add Multipliers of between 2x-32x depending on number of Wilds you get. 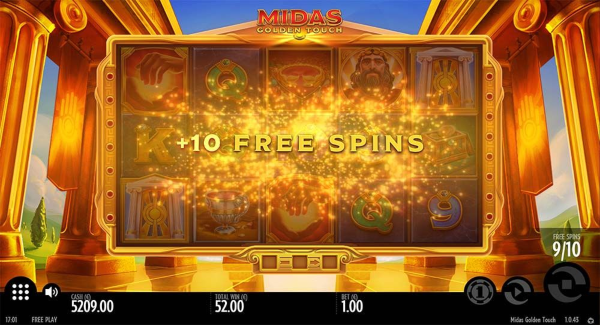 The Temple or Scatter will trigger the Bonus Game Feature when you get between 3-5 and will be rewarded anything from 10-20 Free Spins.

Once this feature has been activated any winning combo will trigger the Sticky Respin Feature meaning winning symbols are locked with other features respinning.

The Respins continue if you keep adding to your winning total and they do not affect your Free Spins total.

King Midas is as we know extremely generous so to help you trigger this a wild symbol is randomly placed on the reels (2, 3 and 4 only) at the start of each Free Spin and as the Multiplier Wilds apply on each Free Spin you could be in for the Golden Midas Touch of a Multiplier up to 32x on every Free Spin now that’s Golden!

Golden Midas Touch slot game by Thunderkick is another one of their quality slots. The best feature for a big win in this slot is from the Wild where 5 on a payline will apply a 32x Multiplier.

Turn your bets into Gold with this adrenalin pumping slot by Thunderkick. 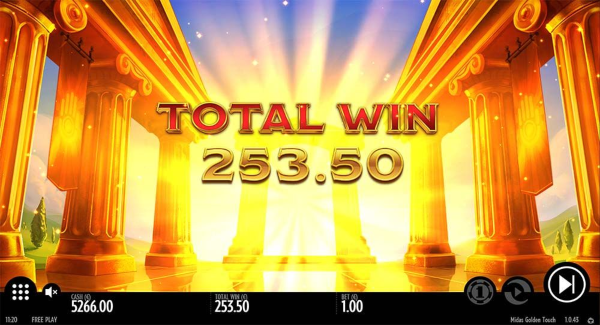