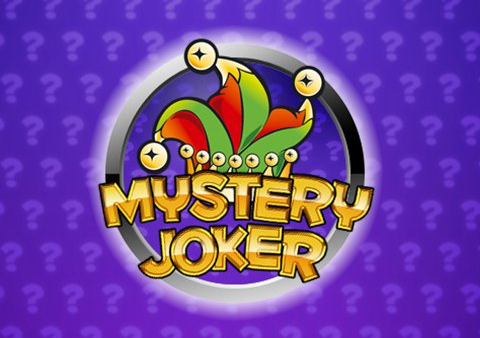 This classic slot game is based on 3 reels with 5 paylines.

❓ What is the Mystery Joker RTP?

It has high level of volatility.

❓ What is the bet limits of Mystery Joker online slot?

❓ What is the maximum win on Mystery Joker casino game?

The maximum reward in the trial version of Mystery Joker is based on three stars – 5,000 credits.

❓ Is the Mystery Joker slot game has Free Spins feature?

Yes! It has Free Spins feature and you can read more detailed information about it in our Mystery Joker slot review.

Suppose you look deep into the history of the creation of slot machines that had nothing to do with computer control. In that case, you can recall that the first machines, due to insufficient technological abilities, consisted of only three reels and one line. If you look at modern computer-controlled online video slots, now they have up to five reels, and the total number of lines with prize combinations can go over 200, which makes almost every coincidence of symbolic symbols a prize. Therefore, Play’n Go has created a video slot called Mystery Joker, which combines a classic three-reel interface with the requirements of modern gamers.

Mystery Joker is a slot machine with 5 paylines and 3 reels from Play’n GO. Classic fruit symbols and scatter appear on the playing field, which brings increased payouts and free spins. The maximum reward in the trial version of Mystery Joker is based on three stars – 5,000 credits. Mystery Joker features 3-reels and 5-paylines, which are fixed. The game is available in English, Norsk, Deutsch, Spanish and other languages.

In the Mystery Joker demo version, credits are used to place bets. They are accrued when the slot is loaded and displayed in the Balance window. Since the prize lines in Mystery Joker are fixed – all 5 are involved in each spin. The player can change only the line bet.

The reward is brought by three identical symbols on the same prize line. The exception is scattering, which brings a reward simply for appearing on the reels. The size of the payout depends on two parameters: the current linear bet and the coefficient assigned to a particular prize combination. All coefficients are listed in the paytable tab (picture below). The total winnings for a spin are displayed in the Total Win window.

There is only one special symbol on the Mystery Joker slot – scatter, depicted as a jester’s cap. For three caps anywhere on the reels, the player gets 10 free spins.

Ordinary symbols bring a reward only if they appear consecutively on one of the prize lines. Payout coefficients for prize combinations of three identical images:

The fruit set of some game symbols in the form of cherries, lemons and bunches of currants also echoes the plot of the first slot machines. By changing the appearance of the playing field, adding colorful shades and colors to the base images and the general background, the developers have created an attractive, bright picture that is pleasing to the eye.

As soon as three clownish caps appear on the reels, the player receives 10 free spins. If at that moment the AutoPlay function is active, it stops. To start free spins, press the Spin key.

Free spins are played with a bet per line from the last spin in the main game. By re-collecting three scatter symbols, the player will receive an additional 10 free spins. You can get up to 50 free spins in one round.

The mysterious joker’s bottom symbols are cherries, lemons and grapes, while the top symbols are bells and stars. Also, within the framework of the drawing of free spins, it becomes possible to get Mystery Win. It is enough to collect two or three scatter symbols anywhere on the reels. The payout is random and varies from 1 to 100 total bets.

Classic reels, on which money pay lines fall out from time to time. There can be up to five of them. The minimum bet is half a coin, and the maximum is 3 pieces.

The game has an automatic mode of the process, which is a significant advantage of the Mystery Joker simulator. There is also a jackpot in the slot, which can increase your bet a hundred times. The control panel is very simple and a beginner can handle it. If you land two Joker symbols along a payline in the main game, you’ll be awarded one re-spin of the third reel.

The other special feature that makes this game different from the others is the interface that does not require only English, the game is available in many languages. To start the automatic game, you need to click on the AutoPlay button.

Next, a fixed rate is made, which will work in a circle without your participation in the process. Bets can be made directly on the line and the win will be counted in the case when three identical symbols appear on the same money line.

Mystery Joker pays homage to the classic Vegas-style fruit machines of days gone . The graphics resemble classic slot machines found in casino halls around the world, while gripping music accompanies every spin of the reels.

The stunning color combination makes the Play’n GO game very attractive on the outside. It’s also worth mentioning the soundtrack, which won’t let you get bored. Mystery Joker loads almost instantly and does not slow down at all. You do not need to download any third-party programs; you only need a browser to run. You can play this slot not only from computers, but also from mobile devices. If you are looking for an interesting retro game and you are not confused by the relatively high volatility, feel free to try Mystery Joker free play DEMO at the top of this page. It has an RTP of 96% and will suit absolutely any gambler.