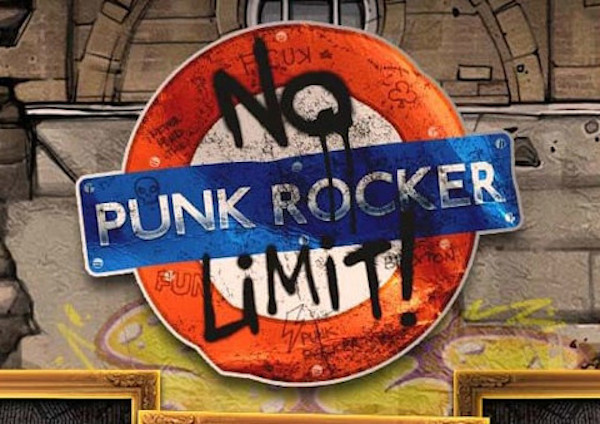 Punk Rocker slot was released on February 12, 2020, by Nolimit City studio. It allows gamblers to plunge into the atmosphere of loud music and anarchy. A changeable system of winnings brings chaos to the gameplay. The rebellious era of punk rock is long gone, but many remember it. There are many references to her in the casino game online – punk boots, skulls, brass knuckles, graffiti, the symbol of anarchy, Mona Lisa, Kim Jong-un, Winston Churchill, and Albert Einstein with piercings and mohawks, as well as various other attributes of the subculture. Undoubtedly, the designers had to do a tremendous job. The characters are drawn very well and fully convey the spirit of the game, as well as the animation effects. All of this is accompanied by a superb themed soundtrack.

❓ How many paylines have slot Punk Rocker casino game?

The slot lets you increase your paylines up to 46,656!

❓ What is the online Punk Rocker slot RTP?

The volatility level of Punk Rocker slot machine is HIGH!

❓ What is the bet limits of game Punk Rocker Nolimit slot?

❓ What is the maximum win on Punk Rocker online casino game?

Due to the bonuses, the Punk Rocker Nolimit City slot can bring up to x15000 of the bet.

❓ Is the Punk Rocker slot game has Free Spins feature?

✅ Yes! Read more how to get Free Spins in this Punk Rocker slot review!

The Punk Rocker video slot consists of 6 reels: 5 standard and 1 bonus. Besides:

The slot has an automatic spins mode with setting the limits of winnings and losses depending on the balance. The rotation of the reels can be accelerated by turning on the corresponding toggle switch on the main menu. The rest of the game control is not much different from the usual. But there is one nuance – on the side of the reels, there is a button that allows buying one of the 2 bonus game modes. This feature is not available in all countries. There is a mobile-adapted version and a Punk Rocker slot free play mode that allows users to decide whether to play for real money. Find out more about mobile casinos online here!

The Punk Rocker slot symbols pictures are funny posters that portray celebrities as punk rockers. Players will meet Winston Churchill, Mona Lisa, and Albert Einstein! Also, a memorable one is the monkey in the crown, showing the middle finger. Besides, high boots, brass knuckles, a bottle with a cocktail, a remote control, and a sign of anarchy are painted on the drums. Special symbols are:

The amounts that can be obtained for all available combinations are shown in the table. Further about the prize functions:

At any time, users can buy the activation of any of these modes using a special button.

In the bonus mode, players can activate an additional drum, and a train will pass by on the upper screen with modifiers. Stopping over a reel with a jumping joker, green cars will apply one of the modifiers to it:

There are 2 types of themed Free Spins in the online slot machine. Users can start them with scatters or a bonus bet. In the second case, they need to pay the amount provided by the rules:

In both versions of free spins, the sixth reel is activated. The number of combinations available increases to 729. If players constantly buy free spins, the theoretical return will be significantly higher. Read more about slots RTP and the best RTP slots here!

The game has an RTP of 96.01% (after purchasing bonus spins, the return percentage rises to 96.44% – 96.54%) and high volatility. The spin bet is a multiple of twenty-five. There are fifteen possible values ​​in the range from €0.25 to €100. By changing the rate in the range from €0.25 to €125 for 243 pay lines (by default, without active bonus features) in the main game mode, players can stay afloat for quite some time. Due to the bonuses, the Punk Rocker slot can bring up to x15000 of the bet, but waiting for them can drag on for several hours and significantly reduce the amount of money on the account. Therefore, users will have to rely only on a successful combination of bonus features and multipliers.

The slot will appeal to fans of British punk rock. Gamblers can take advantage of an exciting theme, colorful design, exciting bonuses of different types, the ability to buy Free Spins. Punk Rocker lacks Nolimit City Progressive Jackpots. The mobile version is designed for any modern gadgets on the most popular operating systems. Users don’t need to download it as an application. In the mobile slot, the game is played according to the rules described above. The interface is slightly different from the version for computers, but the differences are not so significant as to dwell on them in detail. The functions of all elements of the control panel are user-friendly.