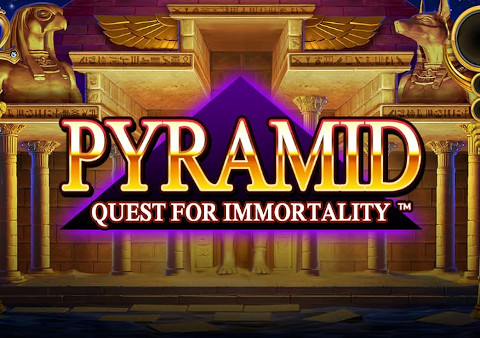 Return to the time of pharaohs and riches with Pyramid slot machine – an exciting game experience brought to you by NetEnt software. The beautiful visuals and crisp sound design are just what you need in the moment of big wins!

This slot game has 5 reels shaped like a pyramid and 720 ways to win.

❓ What is the Pyramid slot RTP?

The slot provides a solid 96.48% RTP (Return to Player percentage).

❓ What are the special features of the Pyramid video slot?

This slot game has only 2 features (Wild and Avalanche Multipliers), but 720 paylines. So you will get a fantastic chance to make money!

With the new Avalanche™ feature, big multipliers, Wild symbols, and 720 ways to win, this slot is definitely on our “to play” list.

The game features a 720-bet way with 5 reels shaped like a pyramid. The symbols have to match in a pattern from left to right. The good news is that the game has good odds of winning.

The game is much simpler than you’d expect. As long as the same symbols align reel to reel starting from the first – it’s a win. The win combinations are 3, 4, or 5 alike symbols in a row. Once the win occurs, the combination breaks, and new bricks fall into place, giving you an indirect Free Spin. 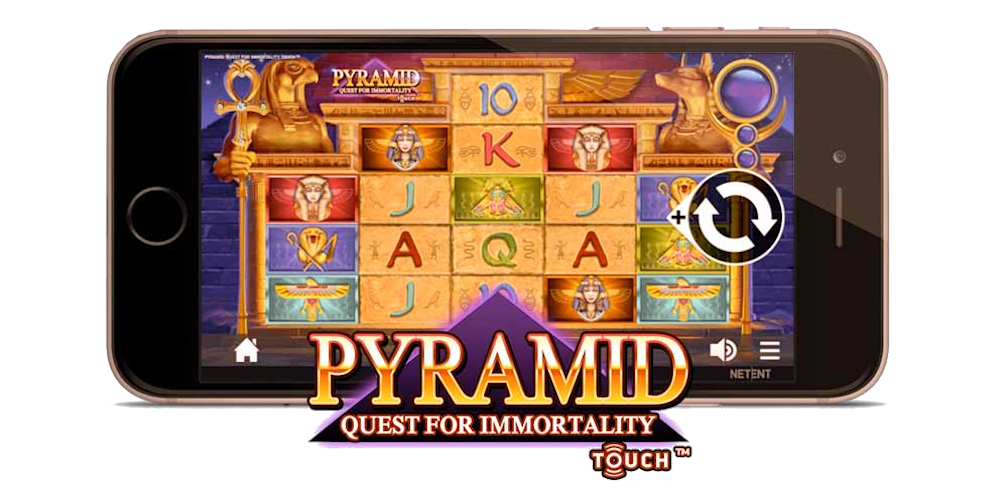 The fun goes on with the feature of Wild symbols, which is the perfect substitute for any symbol. If a brick breaks in the top of the three middle reels, the Wild symbol will pop in to replace it. A Wild symbol is predictably useful, and it connects the non-successful spins into another victory. This feature is often the lucky find that gets the multipliers higher and higher.

With an addition of the Avalanche™ feature, the wins multiply after three successful combinations. After a win, the bricks break, and new ones avalanche down to replace them. If a combination aligns again, it keeps on going, increasing the multiplier up to 10x.

The game has ten symbols that fit the theme perfectly: A pharaoh, Cleopatra, a scarab, an eagle, a cobra, and playing card symbols from 10 to ace, placed on pyramid bricks.

The pharaoh is the highest paying symbol, with Cleopatra being second with half the earnings. The scarab, eagle, and cobra follow in the same order descending by the winnings scale. The card symbols follow right after in the accustomed pattern of an ace being highest and ten being lowest.

The earnings evenly spread out between 1 and 10 in the combinations of 3, 4, or 5 symbols. Except with the Pharaoh and Cleopatra, if put together in a pattern of five, give the highest with 50 and 25. Multiple combinations stack and that only adds to the win at hand.

The Wild symbol will replace any brick needed to make a combination, connecting the reels for another so desired multiplier. With an almost guaranteed second win and a touch of luck, the multipliers light up, and the earnings multiply in numbers. 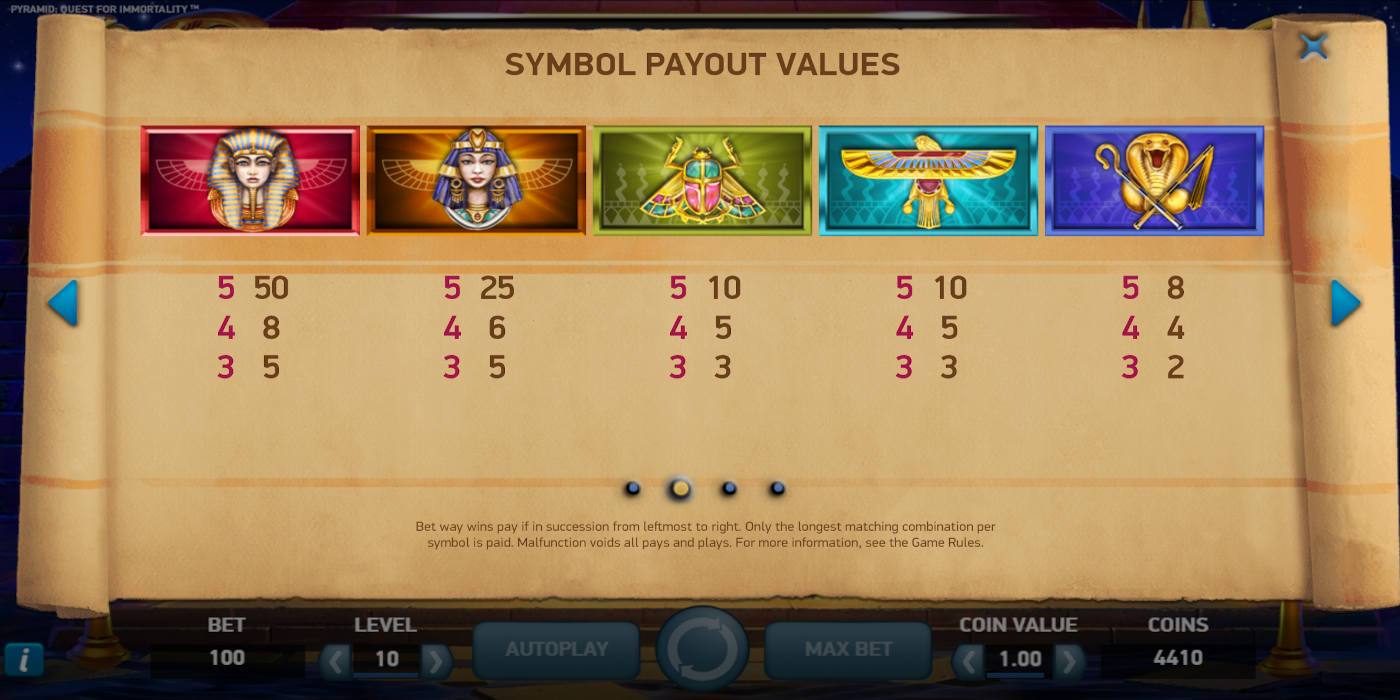 What makes this game special

The graphic design of this slot game makes this game an eye candy, with bricks popping during wins and with the Avalanche™ feature dropping new ones down the reels.

The sound design is surprisingly intriguing with ancient Egyptian music, which meets your right from the start. Pleasant graphics and thrilling sound combined with big wins and a beautiful theme make this slot stand out from the rest like no other. 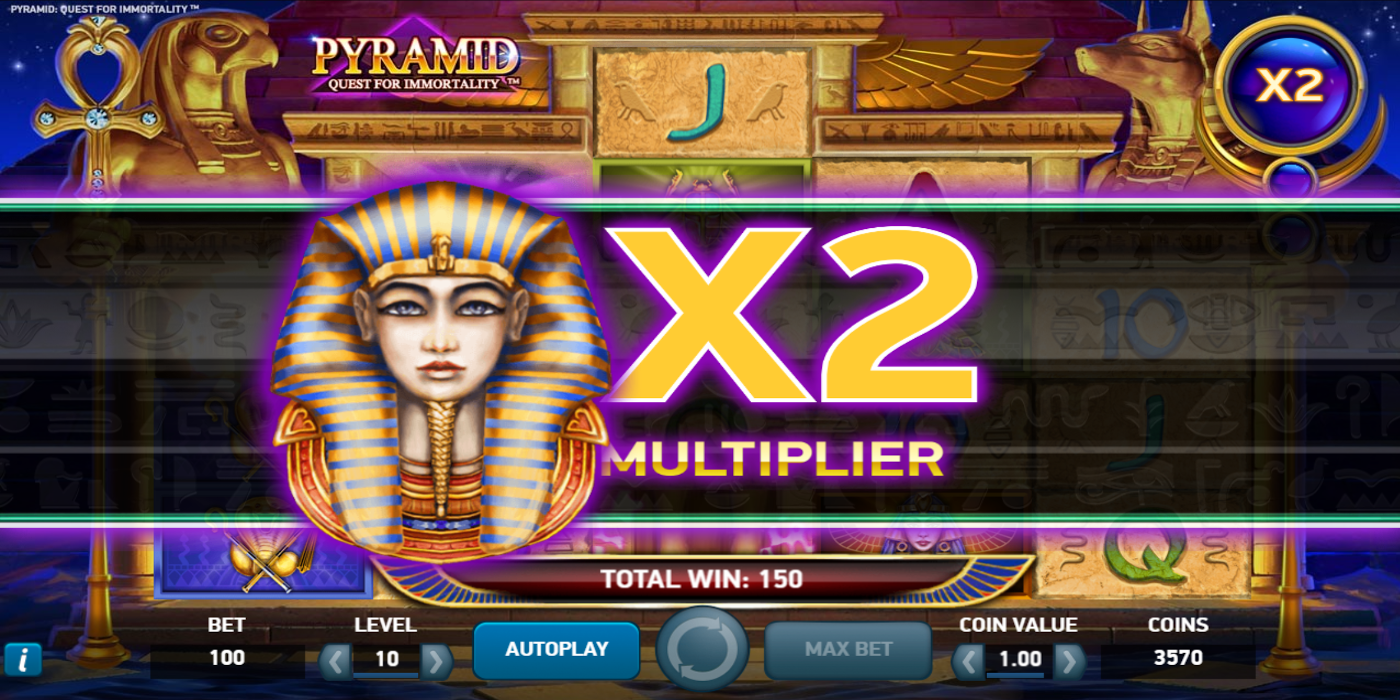 NetEnt entertainment software won’t let the fun stay behind the computer desk. This slot can be played on mobile too. By directly downloading the app, you can go for a big win during lunch break or on your train ride with ease.

Immortality will remain a mystery, but winning Pyramid™ Quest for Immortality slot is pretty straightforward. The slot provides a solid 96.48% RTP (Return to Player percentage), meaning if you bet one hundred 1$ bills, you would make 96.48$ back.

The game does not have a jackpot; instead, it has a huge multiplier system, which increases by one every three wins, making its way up to a staggering ten times multiplier. Theoretically, it’s possible to have a bet multiplied by 36 thousand, and that is an excellent sounding deal for someone who seeks immortality and Big Wins. 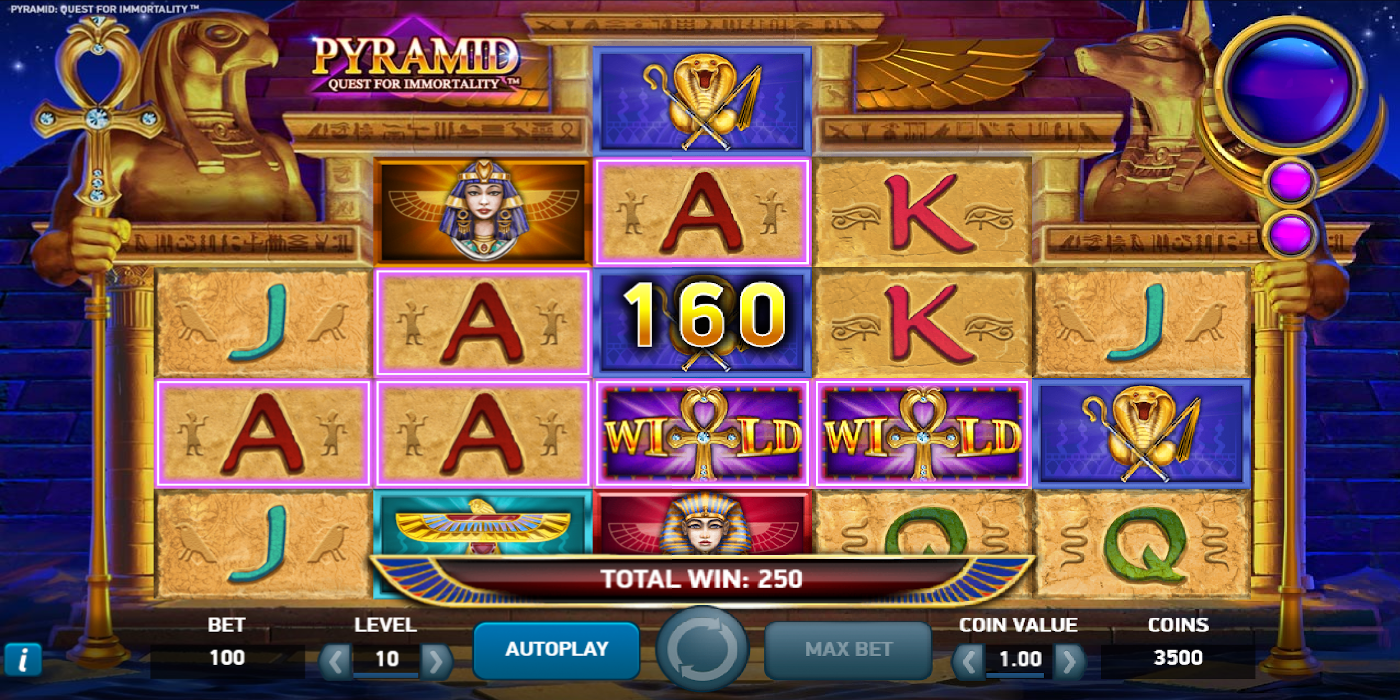 Pyramid slot game is a total success in a thematic Egyptian slot genre. With an intriguing theme and Big Wins, it’s something to experience. Anyone can test their luck against the magic and mystery of the pharaohs in this fun slot game.