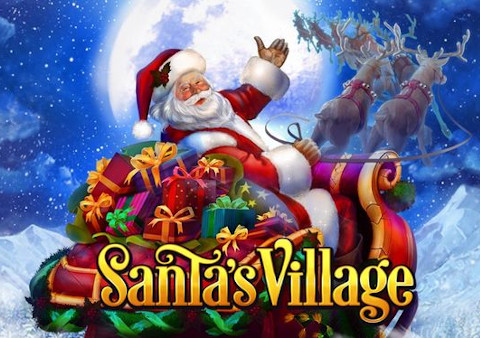 Slot Santa’s Village is another exciting game that will give gamblers a Christmas mood. The slot from the game provider Habanero, made in the classic Christmas style. Here you can enjoy symbols with images of Santa’s reindeer, gifts, New Year’s toys, and of course Santa himself. Players will certainly not be indifferent to the picture in the background of the game, which shows a cozy armchair located next to the fireplace and the Christmas tree.

The game consists of 15 paylines and 5 reels.

❓ What is the Santa's Village slot RTP?

The RTP of the slot is 96.7%, and this is the average for progressive slots.

❓ What is the bet limits of Santa's Village slot machine?

❓ What is the maximum win on Santa's Village video slot?

❓ Is the Santa's Village slot game has Jackpot?

✅ Yes! Find out all information about it in this Santa’s Village slot review.

in order to feel the New Year’s magic of the slot, you need to bet in the game, select its size and start spinning the drum! The rules of the game are as simple as possible, nevertheless, this makes the slot even more fun and makes it possible to get big wins.

In order to start playing in the Village of Santa slot, you do not need to know any specific rules or learn combinations. All characters in the gameplay some definite roles and do not require any additional actions in the game.

The game consists of 15 paylines and 5 reels. One could say about the game that this is a classic slot if it were not progressive. To start the game you need to decide what the size of the bet will be. The slot allows you to choose between 0.01 and up to 0.5 coin sizes.

Now let’s look at the display from the bottom. At the bottom of the game screen, you can find all the necessary buttons. Using the plus and minus buttons, you can adjust the size of the coin, after which you can press Play or set the bet to maximum using the Max Bet button. The slot is available for playing in English and unfortunately is not available for playing in the demo version.

The game is filled with beautiful atmospheric symbols that can increase the player’s winnings and make the game even more interesting and attractive. The main character in the game is Present. If it appears on the display of the game, it can replace all the characters in the game, thereby multiplying the gambler’s gain. Also on the display of the slot, Santa may appear in full growth, which will take two reels at once. The Santa symbol does not play an important role but makes the gameplay even more interesting.

Together with various special characters, the game offers characters in the form of new candies, deers, and some letters. These symbols can make up a winning combination that cannot be run twice.

The game may enable players to open the map function. When the card starts, the player is given the opportunity to play the bonus game. There are only two types of them. The first free game starts with the participation of Santa on the map, the second with the movement of the sled in the snow.

If the gambler manages to activate the Santa Spins function, then he will be able to get only 12 Free Spins.

The slot can also provide a feature like Sticky Re-spins, which activates all the characters in the gameplay and launches 12 Free Spins. Such a function cannot be run twice. It is also worth noting that this slot does not provide a multiplier symbol.

The first characteristic that makes this slot special is its progressiveness. This is the jackpot slot. Which means that the winning amount is unlimited. The player can break an unprecedented jackpot for himself. Progressive slots are more profitable for players, as they can provide an opportunity to win a huge amount of money in just a couple of bets.

The most important feature of the slot is the function of the appearance of the map on the game screen. This function is activated if the player matches the combination with Santa. The map allows virtual Santa Claus to move around the map from point to point. Santa cannot move one point backward, only forward. At the end of the journey, Santa will reach the final point, namely the house with the bonus game.

Also, in the gameplay of the slot on two different reels, full-length Santa symbols can appear that activate the function of free spins or bonus games. All bonus tracks in this slot cannot be launched twice.

Each reel has only three symbols, which makes the slot even more like a classic. The ability to hit the jackpot in the game makes it progressive.

The maximum number of coins per payline is 10 denominations in this Habanero slot game. The size of one coin should not exceed twenty. The minimum bet in a coin must be at least 0.01. Even making such a minimum bet, a player can win a large amount of money. The RTP of the slot is 96.7%, and this is the average for progressive slots.

The status of the progressive slot allows the player to receive a win in an unusually large number. Having made a minimum bet, the player will be given coins for the game. Having made just a few bets, a player can receive an unlimited number of winnings. This means that you can play an infinite number of times in the slot, all increasing and increasing your winning amount.

Santa’s Village is the most atmospheric slot that will immerse gamblers in a festive and magical atmosphere. This is a game where you can really get a big win, take a walk around the village with Santa and enjoy the simple but pleasant design of the game. All symbols in the slot are drawn in high quality and in the same style. The game is not available in the demo version, but it is definitely worth it to make a bet in real currency in the slot.