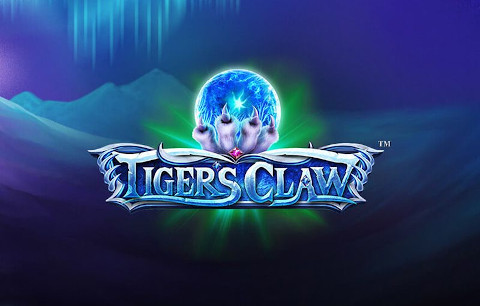 Tiger’s Claw is a popular BetSoft slot that brings to the mystical world of Himalaya. The video slot game that can be started both on Android, iOS devices and computers, was presented in 2018. However, some mobile players think that the display on a phone version seems too small. Tiger’s Claw is the most fun on a large monitor. A great atmosphere then is really enjoyable: all the little details and animations are exciting.

BetSoft has equipped the slot with 720 winning options.

❓ What is the Tiger's Claw slot RTP?

With a theoretical payout ratio of just over 95% (RTP), the gaming machine is not one of the frontrunners in this category.

❓ What is the bet limits of Tiger's Claw video slot?

The lowest bet is 50 cents per game round; the maximum bet per spin is 250 euros.

❓ What is the maximum win on Tiger's Claw slot machine?

❓ What are the special features of the Tiger's Claw slot?

Find out more about features in this Tiger’s Claw slot game review.

Each one, who picks it and starts the casino game, can guess that he will get into the dense jungle inhabited with wild animals. Meanwhile, the mountains with dangers and surprises are waiting for him. The high world of the Himalayas traversed with an icy and very mystical blue-green shimmer, mysterious music and the atmosphere of something esoteric accompany the player throughout the gaming process. The logo shows the claw of an unknown tiger, which belongs to a shimmering blue glass ball. White tigers are feared and sacred animals in many of the regions there. Appearance close to prestige is often interpreted as an incurable sign. The village elders and shamans also worship this and deal with victims. This lives on the right side of the gorge in a tent illuminated by blazing yellow fire. 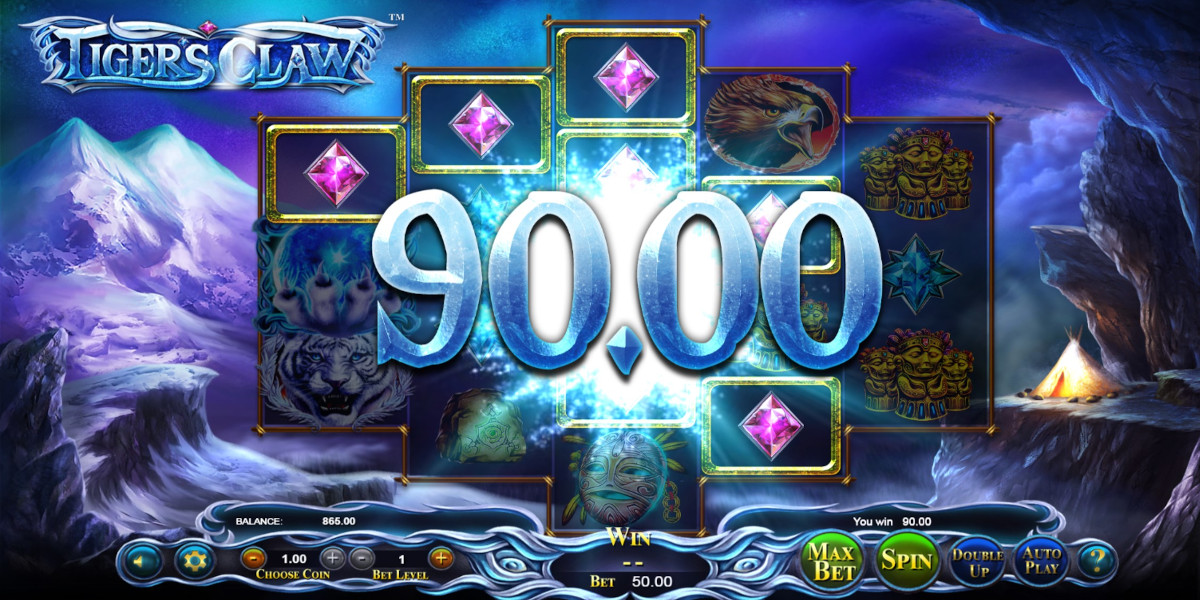 The default game settings language is English, but even if a player does not know it well, the gameplay is absolutely clear. Using 720 paylines, players that want to win need to see at least three identical symbols on adjacent rollers. The longest row is always counted here. In the beginning, they should pick a bet for each spin. First, the coin value is determined. Then, the Spin button is pushed. The Auto Play settings allow a gamer pick between 5 and 100 rounds.

For the two gemstones and the rock with the characters, gamers need to “catch” at least 5 identical symbols to get a small win that is higher than their bet. High winnings with the mask, the mountain eagle, and the head of the white tiger happen not so often, but they appear throughout the game if a player is patient. The exact slots machine odds can be found in the profit table.

Although a casino player can get prizes when several identical icons appear, winning is made easier by the Wild symbols. Although these appear on the 3rd, 4th and the 5th reels, they help to form extremely long combinations. Another feature that is always welcome is the Double Up function. Using it, the player has a chance to double every win in the base game several times. First, the player can choose whether he wants to risk everything or use half. A simple coin decides on the profit that can be used again. The popular “Heads and Tails” game can bring a player large sums of real money. 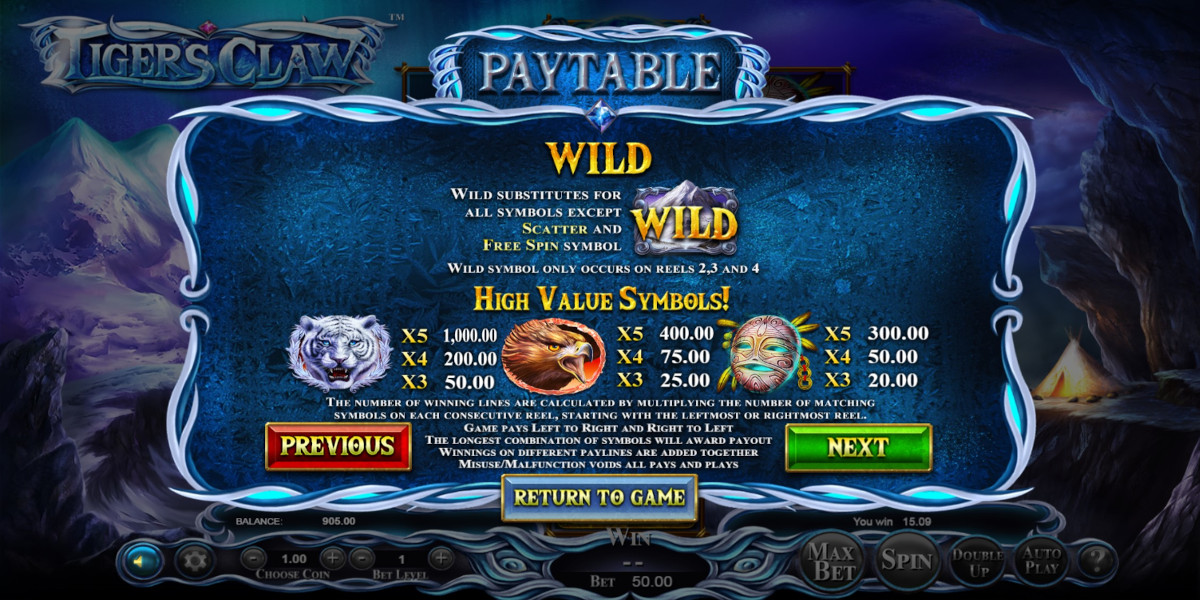 The gaming machine also has two Scatters that work almost absolutely independently and can “pop up” anywhere on the screen. Three Shamans (one type of Scatters), for instance, double the initially made bet, four of them increase the stake 10 times, and 5 Scatters of this type bring the gamer 50x bet. The second Scatter is the white Tiger Claw with the mystical crystal ball, which gives a player extra (free) spins. A maximum of 96 additional reels’ rotations can be won with a single spin. The maximum number of these spins might reach 240. Meanwhile, there are no other additional special features and bonuses in these rounds played for free. The Double Up game option is also not available after the row of these free spins at casinos.

Tiger´s Claw gives a gamer a great atmosphere and an unusual playing field. With 720 winning options that are evaluated from the left and right, there are many small individual winnings, which keep the game mood high. Another interesting feature of the slot is a Shaman Scatter. 3, 4, and 5 characters of this type bring wins if they appear anywhere on the field: the lines are not considered. 5 Shaman Scatters give a win that is 50 higher than the bet.

Besides, mystical music and realistic picture Himalayan Mountains help a player to relax and rest. Even without big wins, the gamer, who picks this slot, will leave casinos online after the game is finished in a good mood, calm and satisfied. 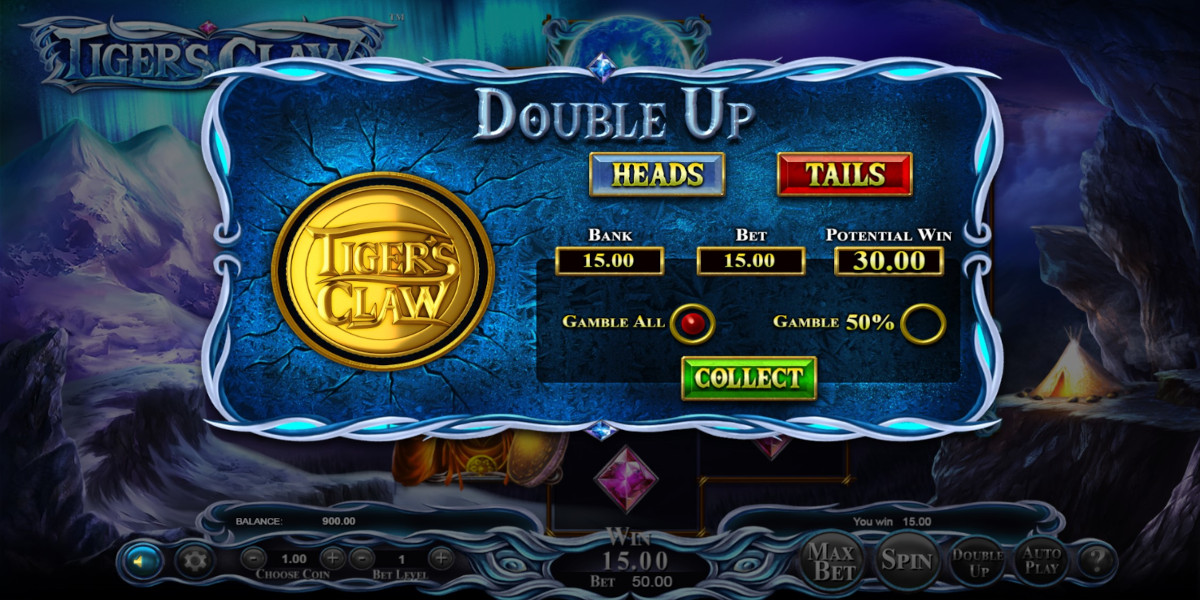 BetSoft has equipped the slot with 720 winning options. This is a sign that a casino customer, who picks this machine, will win often, but mostly small amounts. With a theoretical payout ratio of just over 95% (RTP), the gaming machine is not one of the frontrunners in this category. However, due to the high level of fun, Tigers Claw slot is among the gamblers’ favorites.

The lowest bet is 50 cents per game round; the maximum bet per spin is 250 euros. Although there is no jackpot here, the game is enjoyable due to its small “surprises” — winnings that a gambler gets pretty often. Special bonus options are not presented, but this fact does not make the game less interesting.

Despite the unusual structure, Tiger’s Claw is a fairly simple game that even beginners can master quickly. Newbies are recommended to play it for free. Very often, they even do not have to register at a chosen internet casino. This is the quickest way to get an impression of this BetSoft slot.

With all its simplicity, the game is often chosen by professional gamblers, who visit internet casinos with the goal to rest and relax after a stressful day. No jackpot here even turns into a kind of a benefit: players avoid this “hunter instinct” while playing, and simply enjoy the story, spinning the slot’s reels.