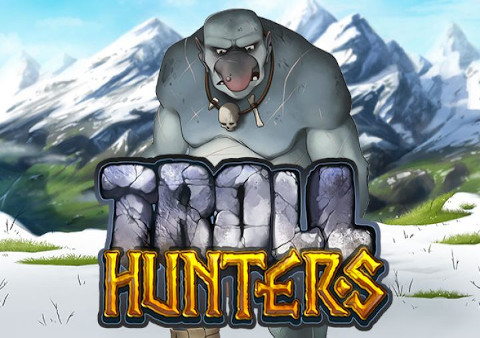 Fairy-tale creatures, which in Russian are usually called trolls, are the brainchild of Scandinavian mythology. In the legends of different nations, trolls are not described in the same way. Sometimes they are giants or dwarfs. Sometimes they are male warriors or female witches.

This is one of the cluster slots. It means, that you can catch winning combination anywhere. You just need to collect 3 or more identical symbols together. Try Troll Hunters Free in DEMO mode at the top of this page.

❓ What is the Troll Hunters RTP?

Volatility level is rated as medium.

❓ What is the bet limits of Troll Hunters casino game?

❓ What is the maximum win on Troll Hunters slot?

❓ Is the Troll Hunters slot game has Free Spins feature?

✅ Yes! Read more how to get it in our Troll Hunters slot review.

They are often described as ugly creatures with a large nose, who live alone far from people and eat meat (sometimes human). A troll image was very often used in literature, cinema, animation, music, and computer games. Often, developers of software for online casinos turn to myths about these creatures.

We would like to tell you about the new video slot of the Play’n GO company, playing on which you will have to meet trolls. True, the main characters are not they, but brave warriors who hunt down monsters, which explains the name of the game – “Troll Hunters“.

Troll Hunters is a free online slot machine game with five reels and five rows of symbols. So twenty-five characters fit on the screen at once. The video slot has special symbols, additional multipliers, combustible combinations, a bonus round and other functions.

There are no classic active lines in this video slot. Paid combinations are formed from three, four or five identical symbols located side by side vertically or horizontally anywhere on the screen. In this case, the same symbol can participate in the formation of several combinations at once.

After calculating the payout for the resulting combination, the symbols that make up it burn out, and the above pictures move down. If, after that, combinations are made again, the slot machine payouts coefficients for them are increased (additional multipliers are indicated in the window on the left).

If you manage to clear the entire field, you will receive an additional win in one thousand total bets per spin.

Read about the Wild symbol that appears in the middle of a combination in the next section.

The payout amounts for combinations of different symbols are indicated in a special table of the Troll Hunters video slot, taking into account the size of the bet.

The main characters of Troll Hunters video slot are brave Viking girls who professionally hunt trolls. Apart from them, the drums depict silver earrings and goblets made of skulls and a piece of meat on the bone. Earrings and cups are found one and two items.

There is only one special symbol.

The game features the following symbols:

The bonus round of Troll Hunters video slot is a series of free spins with additional options.

You will surely be pleased with the fact that the video slot is available in Russian. At the same time, not only the names of the buttons have been translated, but also the reference section, the paytable, dialog boxes, and so on.

Custom settings include sound, quick play, and automatic rate adjustments. There is also an autoplay mode with additional settings.

You do not need to download the Troll Hunters slot machine. It runs in flash mode.

Users can play the mobile version of the slot using a smartphone running on the Android or iOS operating system. There is no need to download and install Troll Hunters mobile. Find out more about mobile online casinos.

Troll Hunters has a theoretical return on investment of 96.73%. The volatility level is average. I would also like to add that the range of rates of the slot is quite high and varies from 0.20 to 40 EUR per spin. And of course, do not forget about the slot return percentage, which is 96.73%. With such a large RTP, the payout per spin can reach a multiplier of up to x5000.

The art of catching trolls is sadly fading these days, but in Scandinavia, it was once a habit to grab a sword, walk out a door and not return until you had the head of a giant creature dragging along the ground in a bag behind you. Or perhaps it wasn’t – in any case, Troll Hunters Play N Go celebrate these unsung heroes with great graphics and gameplay.

The slot are played on 5×5 grid symbols under the watchful eye of one of the female troll hunters on the right side; this is the coldest part of the world, and behind these drums we see snow-capped mountains under a cold blue sky.

Troll Hunters Play’n GO by is similar in design and gameplay to Cloud Quest, but that’s great because we loved this game; this is a very high-quality medium variance game that should definitely be tested and it comes with an RTP of 96.73%.