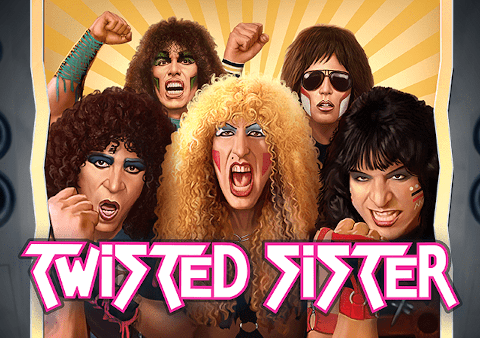 The Twisted Sister slot was released by the Play’n GO provider in June 2020. One of the most influential rock bands in New York, Twisted Sister, brings a rebellious energy to this modern online casinos game with vivid graphics. The style conveys the spirit of the band to the player, and the well-known tracks like “I Wanna Rock” make the game even more enjoyable.

This slot has 6 columns without the traditional lines. A winning combination is 5 or more identical symbols that touch each other horizontally and vertically.

❓ What is the Twisted Sister slot RTP?

The volatility is rated as medium level.

❓ What is the bet limits of Twisted Sister casino game?

❓ What is the maximum win on Twisted Sister slot machine?

❓ Is the Twisted Sister slot game has Free Spins feature?

❌ No… This slot game hasn’t free spins feature. However, it has other interesting specials features. Find our more about this Twisted Sister slot game here.

The attributes of musicians and photos of members of a rock band are used as symbols. The Twisted Sister slot is available in over 37 languages ​​on various platforms: computer, laptop, tablet, mobile phone. The game is supported by such operating systems as Windows, Apple, Linux, Android. 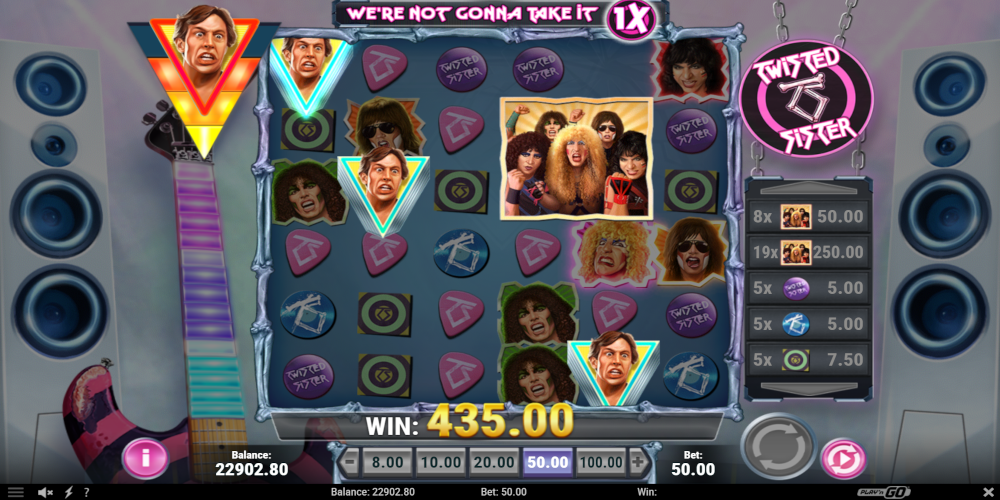 The slot has a playing field of 36 cells and playing symbols are displayed on it. This online slots game has 6 columns without the traditional lines. A winning combination is 5 or more identical symbols that touch each other horizontally and vertically. Next, the winning symbols are removed from the board and new elements fill the empty spaces. If chains are formed again, they are paid, and the round continues. The scale on the left side is filled in if the winning combination is made up of group members.

The instructions for using the slot are very simple:

Information about bets, balance and winnings can be found on the corresponding boards.

You can change these parameters:

You don’t have to install a mobile slot machine as an application. It opens in a browser. It is very convenient to control the process on the touchscreen. There are no discrepancies in the rules. The company took care of mobile casinos fans and released a special version for them that loads quickly on all platforms. 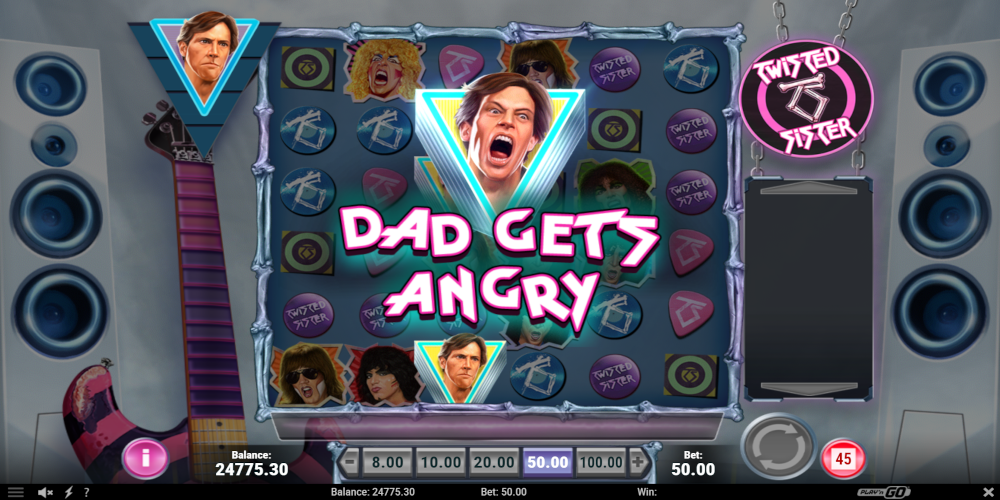 On the drums are painted musicians from the band, a guitar pick, a record cover and round tokens. Any group members can form mixed combinations. Identical icons often appear one after another in columns. However, special characters are available.

Also, in the Twisted Sister slot there is a huge 2×2 mega-symbol, which becomes active during the «We’re Not Gonna Take It» function and creates winning combinations together with any of the group members.

Guitar Charge. In this function, all winning combinations with group members fill a special Guitar Charge counter. When the guitar is full, bonus features of the band members are further activated, which include:

Further about the thematic bonus:

In addition, by collecting a few more additional Angry Dad symbols, you can increase the multiplier, which will then be active throughout the bonus game.

The game has a theoretical return of 96.2% (What it is slots RTP). The developer also offers operators variations with an underestimated RTP of the Twisted Sister slot. The volatility level is average. Bet sizes: from 0.20 € to 100€. Play’n GO progressive jackpots are not raffled in this model. There are no classic free spins in this slot.

You won’t be bored without payouts, but most of them will be small. Various prize features are also triggered often. The payout is calculated according to the bet and special multipliers for each possible combination. All money accrued during the round are summed up. The maximum winnings are 450,000. 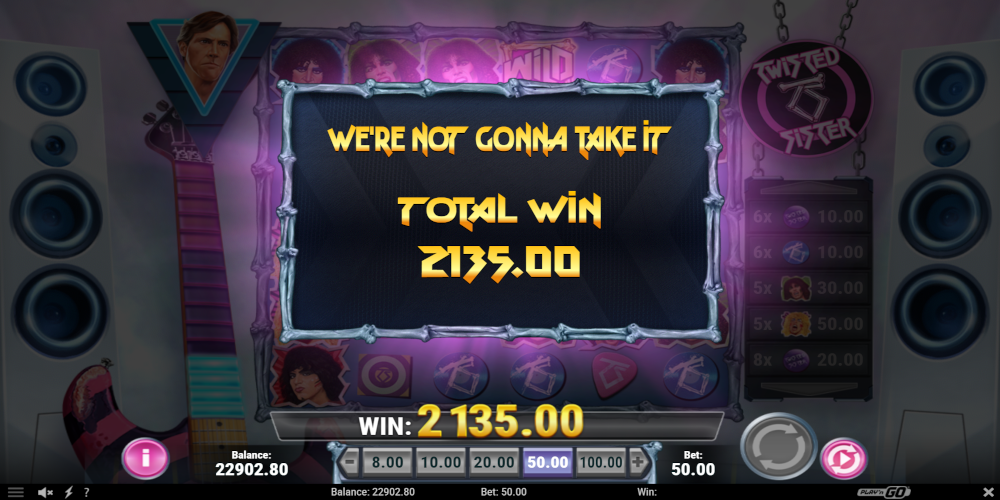 Twisted Sister is a great slot based on the rock band of the same name, where you can get good prizes. Many prize functions, different types of symbols, a fun theme, stylish design are the advantages of this game. This Play’n GO slot can be recommended to fans of hard rock, but the target audience is much larger, because the game is really spectacular, original and exciting.