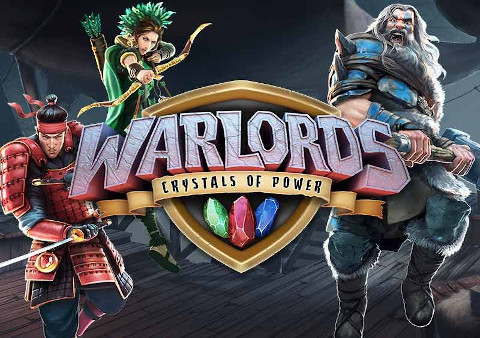 Warlords video slot is brought to you by NetEnt. It tells the story of 3 fearsome rulers who are battling it out for the lucrative crystals of power. They want the power all to themselves, after years of fighting. Who will you join an alliance with to become the land’s most powerful ruler?

This slot game has 30 paylines.

❓ What is the Warlords slot RTP?

❓ What is the bet limits of the Warlords slot game?

❓ What is the maximum win on Warlords slot?

The biggest win throughout the game has been mentioned above and sits at 6,666x your bet.

❓ Is the Warlords slot game has Free Spins feature?

✅ Yes! In Warlords, there are 3 different Scatters, which then lead to triggering 3 separate Free Spins rounds in various scenes.

Even the opening scenes to this video slot are cinematic and jaw-droppingly detailed. They help build up to an intensely fast-paced and feature-rich immersive gaming experience.

Each of the rulers has special powers that bring advantageous modifiers to the reels and trigger some battle surprises. Amid this dark and dramatic video slot, you’ll find an assortment of NetEnt Gaming best features.

Warlords can be summed up in one word – epic!

You’re planted onto the chaotic and dangerous battlefield where 5 reels stand before you, with a total of 30 paylines. Under an asteroid filled sky, you’ll see and hear an epic battle commence as the fight to be the remaining ruler gets underway.

Upon the reels, you’ll see the 3 rulers who always appear stacked. These are your highest value symbols and are the Barbarian, Priestess, and Samurai. The red Samurai is the premium payout symbol alongside the Wild. Laning 5 on a payline will see your stake times by 20. 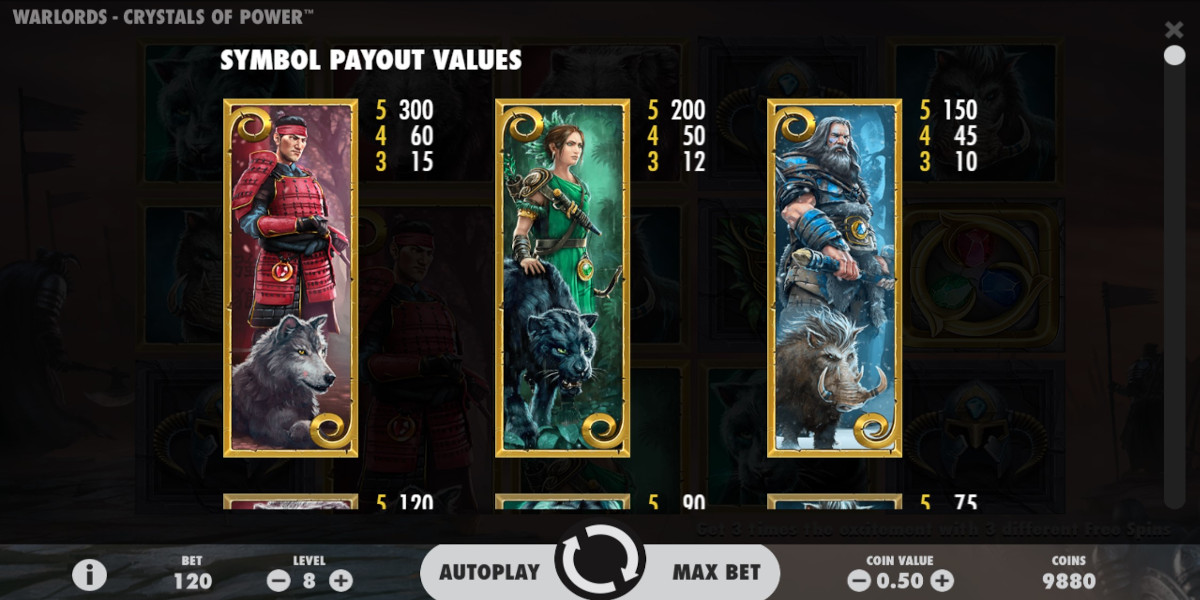 The lower value symbols are depicted by the ruler’s sigils, a wolf, panther, warthog, and 3 different colored masks that match the ruler colors.

There are a total of 3 randomly activated special features through the base game. These can appear during every spin. They come in the form of Wild overlays and are the most frequent feature to create winning combinations for cash prizes.

The 3 overlays pay homage to the rulers who are throwing them like attacks. They include:

You’ll also see on the reels two very important symbols. The jeweled golden brooch represents the Wild symbol. It can transform any other symbol on the reels bearing the Scatter symbol.

In Warlords, there are 3 different Scatters, which then lead to triggering 3 separate Free Spins rounds in various scenes. The scatters and the ruler they belong to can be identified by colored flags. The Barbarian owns the blue flag. The Priestess has a green flag, and the Samurai has the red flag.

At this point, it can become a little complicated, so let’s break this down.

This feature is triggered by capturing 3 or more blue Scatter flags. He will reward you with at least 9 spins. On his reels, only high-value warlords and animal symbols appear. Any new scatter that lands will add an extra 3 spins to your spin count. The Barbarian Free-Spins round offers up 600 times your stake. 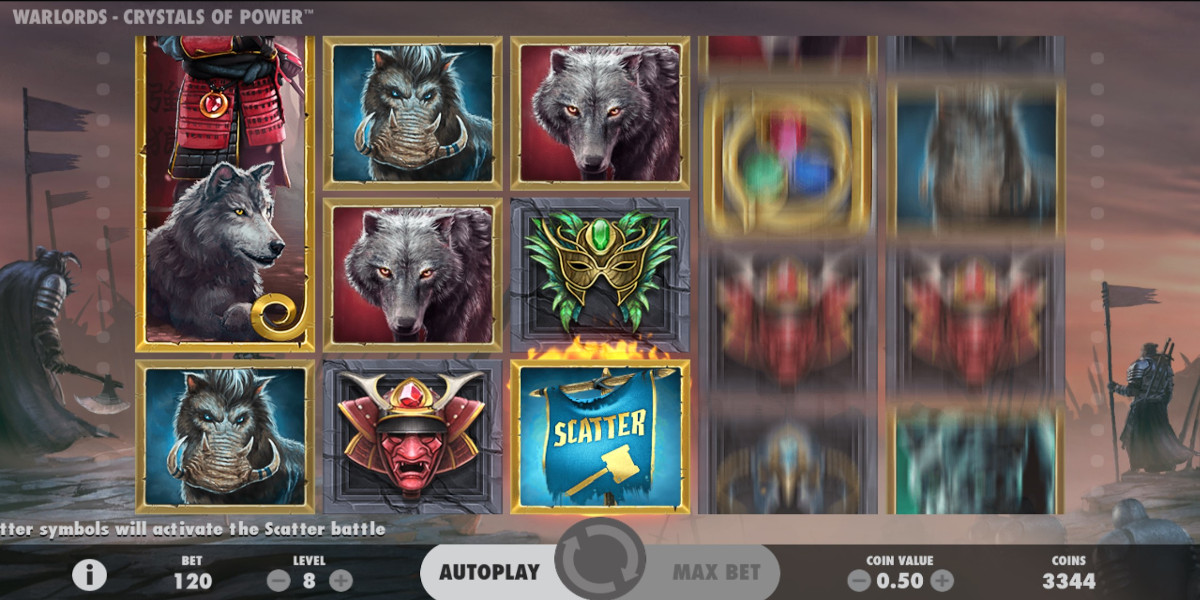 They are triggered like the Barbarians, but this time you’ll receive only 5 spins. Don’t be disheartened, however. Any scatters that land here will transform into Sticky Wilds for the duration of this feature. Here you can also achieve 600 times your stake.

Lastly, we have the Priestess Free-Spin feature and separate reels. She’s triggered in the exact same manner as the other rulers. She’ll give you 7 spins and additional Scatters. Her Scatters are part of a progressive multiplier. With this in play, you could be in with the chance of receiving a whopping 6,666 times your stake! She’s by far the most generous ruler in the land.

Alternatively, you could end up landing a mixture of Scatters in the base game, which doesn’t mean you’ve lost out. Instead, you’ll activate the Battle feature between the warlords. They then fight it out to be the first to trigger the Free-Spins round. The reels will Re-Spin for you, freezing any active Scatters in their place, continuing until no more Scatters appear, and thus a battle has been won.

These Free-Spins features are where big money is hiding. Don’t be discouraged, however, if you don’t manage to collect three Scatters. NetEnt has you covered, with the Final Chance feature. You will be given a reward of either a cash prize of up to 100x your bet or a Scatter symbol to help you to trigger the Free-Spins feature. 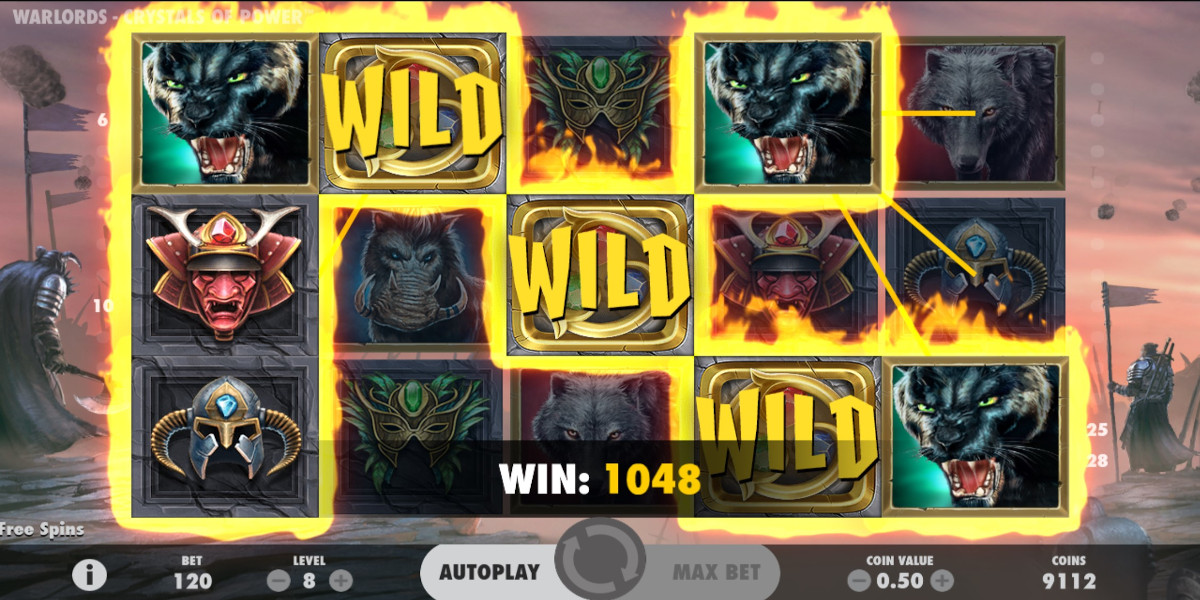 This game places so much emphasis on its characters and all that they can do that it’s hard not to choose a favorite. Maybe you liken yourself to a Barbarian and enjoy the Wild blocks his hammer smacks down. Or perhaps you relate to a more generous, darkly powerful ruler like the Priestess.

Every inch of this medieval theme is intricately detailed with high-quality graphics, high definition animation, and Hollywood worthy camera work. There’s such a variety of things happening that all work together to solidify the theme and back story; it truly is an epic tale of an ancient battle.

The features, cash prizes, and multipliers all build up into some mega-money wins while making for a suspenseful and exhilarating gaming experience. With randomly activated bonuses, who knows what’s around the corner of this war. Hopefully, it will be a victory!

Warlords is set at a low to medium variance with an RTP of 96.89%, within the market average.

You can enter the battlefield for the chance to take it all for as little as 0.15€ a turn. If you’re feeling like an unbeatable warlord yourself, you can wager as high as 150€. 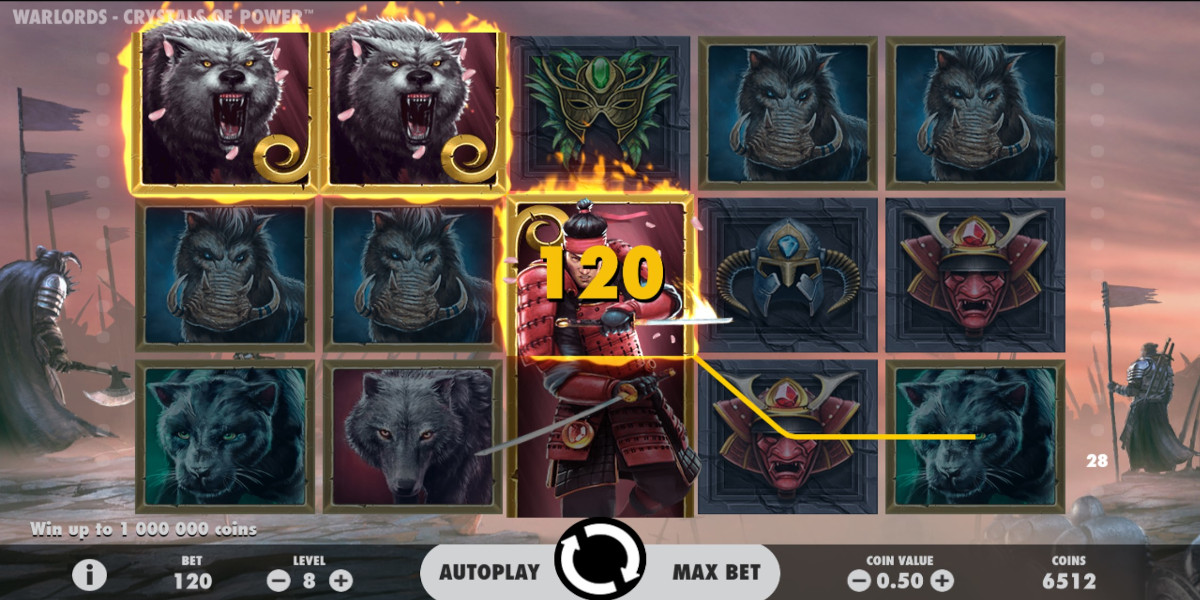 The biggest win throughout the game has been mentioned above and sits at 6,666. Achievable through the Priestess Free-Spin feature when you build up those multipliers.

At first glance, Warlords may intimidate the slot beginner. Not with its dark intensity of war but with its obviously complex game mechanics. NetEnt has worked hard to create a complex game with death that’s accessible to all, and Warlords has achieved this.

The variety of features all interlink and are based on the characters. Each is color-coded for ease of understanding. This adds to the fun and suspensefulness of the action. You know exactly what and who you need to progress to where you want to be.

Visually, the graphics alone should put Warlords at the top of everyone’s must-try list. Pair this with the stakes on offer, and you’d be foolish not to sign up to the battle.